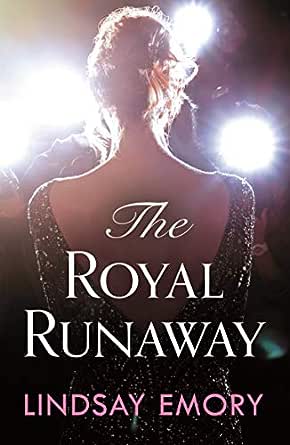 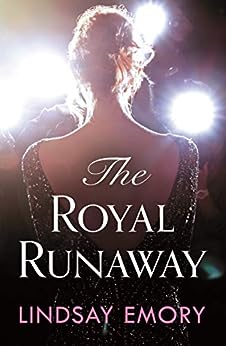 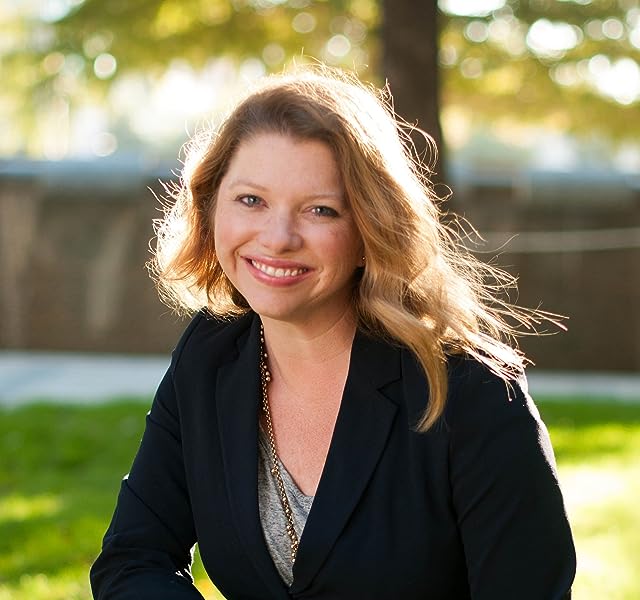 "'Happily ever after' gets a refreshing update. This imaginative, absorbing, and empowering story is a must-read." (Kirkus Reviews, starred review)

"The Royal Runaway is paced as swift as a speeding bullet, showcasing evocative action and an edgy romance. Absolutely killer!" (Romance Junkies (5 stars))

"The Royal Runaway is the perfect royal romp, like The Princess Diaries meets James Bond, which I never knew the world needed until now. It does, trust me. Royal lovers like me will adore it, and rom com fans will love Lindsay Emory's fresh, fun voice." (Teri Wilson, author of Unleashing Mr. Darcy and Royally Wed)

"Whip-smart, engaging, and relatable, The Royal Runaway is an all around delightful must-read romance. I couldn't put it down!" (USA Today bestselling author Nina Bocci) --This text refers to the library edition.

Lindsay Emory began her career as a lawyer but now writes romantic suspense, mysteries, and romantic comedy. She hosts a popular podcast Women with Books about genre fiction written by and for women. Lindsay lives in North Texas with two big dogs and her romance hero, drinking gimlets and raising two STEM warrior princesses. --This text refers to the library edition.
Read more

4.1 out of 5 stars
4.1 out of 5
141 global ratings
How are ratings calculated?
To calculate the overall star rating and percentage breakdown by star, we don’t use a simple average. Instead, our system considers things like how recent a review is and if the reviewer bought the item on Amazon. It also analyses reviews to verify trustworthiness.

I was expecting this book to be little bit more lighthearted than what we got - that's not a bad thing, though. I did enjoy Thea and Nick's story.

However, I didn't feel the connection between Thea and Nick. Other than the "he's my ex-fiance's-brother-and-he's-hot", I just didn't feel it. And I definitely did not feel anything about them falling in love - but this could just be me.

Everything is a little far fetched (though that's why we read fiction, isn't it) and you really did need to just go with the flow with the whole Royal meets Bond kind of thing.

Whilst I didn't love this book, I did like it and it filled a fun couple of hours for me.

The Royal Runaway is my first read by Lindsay Emory, and I will read more in the future.
Read more
Helpful
Report abuse
See all reviews

Dotty
3.0 out of 5 stars Sweet read
Reviewed in the United Kingdom on 23 October 2018
Verified Purchase
Nice read not a page turner for me personally
Found it bit beige .
If you love fairytales for grown ups this is boom for you
Read more
Report abuse

Amazon Customer
4.0 out of 5 stars Want a Valentine Read?
Reviewed in Canada on 17 February 2019
Verified Purchase
Ok, every once I a while I need a romantic escape. This story filled the need perfectly. I’d put it in the grown up Princess Diary category with a nice bit of mystery adventure on the side.
Read more
Report abuse

A
3.0 out of 5 stars Unexpectedly good
Reviewed in France on 23 April 2019
Verified Purchase
I started this book thinking it would be just another princess/bad boy story but I was surprised by how gripping the plot really was, far from the overt romance and actually more of a crime/investigation story.
Read more
Report abuse

D. Elliott
5.0 out of 5 stars Romping Royalty
Reviewed in the United Kingdom on 11 July 2020
Vine Customer Review of Free Product( What's this? )
I am not a fan of the romance genre, I’m not really interested in royalty, I get bored by feisty females, and I recoil from fictitious history and fantasy locations for novels – so why am I awarding a 5-star rating to ‘The Royal Runaway’? Because it’s a fun read full of humour with well-developed characters, scintillating dialogue, and dynamic relationships exhibiting a wide range of emotions and motives.

The plot is full of twists and turns built around a royal family ruling a land somewhere in the North Sea and an hour’s flight from Scotland. Second in line to the throne is Princess Theo who is to be married to a respected Scottish Duke. She has a reputation for sneaking out of the palace, but it is him who leaves her at the altar, and who disappears. Theo spends a few months on a nearby island pulling herself together and returns to pick up on her royal duties, but she still makes sneaky escapes out of the palace, and this leads to her meeting a handsome Scotsman in a bar. They combine to discover what happened with Theo’s would-be husband – and so it goes on!

For me this meant suspension of belief which normally would result in loss of star status. However Lindsay Emory’s novel skilfully incorporates ‘tongue in cheek’ commentary on the privileged position of royalty in society, and to life in the public eye. Behind her main romping royalty story is an intriguing bid to turn the monarchy into a republic with thought-provoking insights to the current attention to ingrained ‘unconscious bias’. This lifts ‘The Royal Runaway’ to a 5-star rating.
Read more
Report abuse

CerysAnne
3.0 out of 5 stars 3.5 Royal Stars
Reviewed in the United Kingdom on 23 July 2019
Vine Customer Review of Free Product( What's this? )
When I went into The Royal Runaway, I went into it with expectations.

I would've finished this novel in a day if I weren't so busy, considering that with the short chapters and the fast pacing to the story, The Royal Runaway is an overall quick read to read, and with its original storyline and entertaining characters, I was left not wanting to put this book down.

Teri Wilson was not wrong when she described this novel as 'The Princess Diaries meets James Bond' - Theodora and Nick's story was the perfect blend of action and comedy, and Lindsay Emory delivers a standalone that was so well-written and completely unpredictable, I was kept consumed until the very end. But whilst I enjoyed the storyline itself and found it to be a gripping and riveting plot that hooked me in from the very first bombshell, it was the lack of chemistry between these characters, and the overall abruptness and lack of development to them that left this book feeling lacklustre.

The Royal Runaway also felt like it was a second-in-a-series to me, so much so that I actually stopped to see if one of Thea's sisters - namely Caroline, as she has her own little shocking and intriguing subplot here - had a story of her own. To my disappointment she doesn't, yet the fact that there felt like there was a story already told in this one - that Caroline has a story of her own - left me feeling like I was missing something, and that feeling did not go away as I read this story.

So as you can see, to me, The Royal Runaway wasn't perfect... but it also wasn't completely bad either.

Despite my 3.5 Star rating, I'd definitely recommend this novel to those looking for a tame royal romance with a heavy dose of humour, and an even heavier dose of suspense and mystery, because putting those flaws aside - which are just my own opinions, and something not everyone will agree with - this standalone was an amazingly light-hearted, enjoyable, and unpredictable romance, one that has made me very excited at the prospect of more to come from the royal world of Drieden.
Read more
Report abuse
See all reviews
Back to top
Get to Know Us
Make Money with Us
Let Us Help You
And don't forget:
© 1996-2021, Amazon.com, Inc. or its affiliates