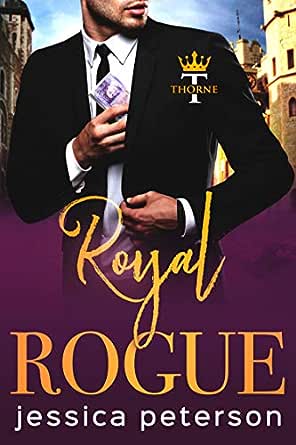 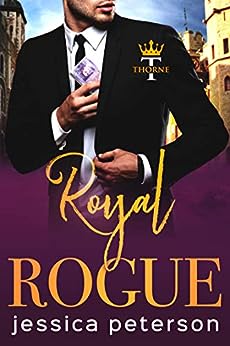 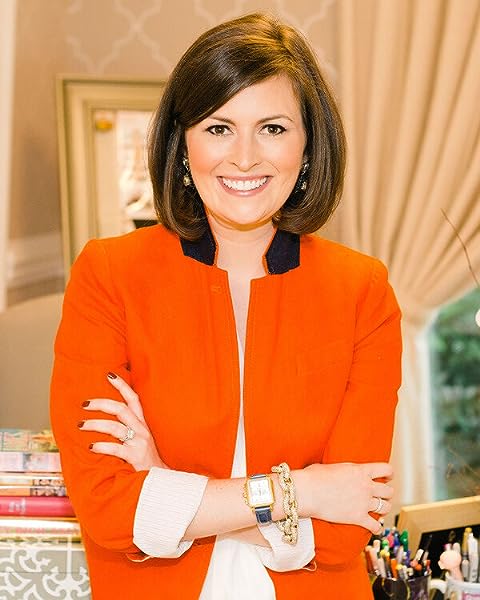 Claypot2850
TOP 100 REVIEWER
5.0 out of 5 stars Not your average Rom Com
Reviewed in Australia on 12 July 2018
This was my first read from this author and I will be immediately grabbing the other two books in the series. I absolutely LOVED it!!! You know when you go into a book with an expectation of what the story will be - we'll I was expecting a light/fun Rom Com type read - I was wrong.

Charlie and Jane are two of the most genuine/believable characters I have read this year. Such a fantastic story - definitely recommend.
Read more
One person found this helpful
Helpful
Report abuse

Kindle Customer
5.0 out of 5 stars A Real Love Story
Reviewed in Australia on 6 October 2018
Absolutely loved Jane & Chatlie's characters. It made me want my own happily ever after. Every little girl wanrs her prince charming and Chatlie was just this without even knowing it. And Princess Jane is amazing. Loved the family Sunday's too. Had me laughing at their frivolities. Definitely worth the read. I loved the first two books but I honestly think this storyline was by far the best one in the series, for me anyways.
Read more
Helpful
Report abuse
See all reviews

BookAddict
4.0 out of 5 stars Awesome Characters & Story, But I Had One Little Issue . . .
Reviewed in the United States on 12 July 2018
Verified Purchase
Princess Jane is just sorting through her life after a messy divorce and some subsequent wildness, slowly fitting the pieces of her life back together and discovering who the real Jane is. Charlie has an unavoidable career of conning rich, spoiled, badly behaving women out of money and possessions. He justifies it by believing they deserve to be separated from their wealth, so he doesn’t think twice about a con to steal a Warhol painting from Jane, having read about her post-divorce bad behavior in the tabloids. This last con will pay his debt and finally free him and his brother, but when he finds Jane is nothing like he assumed, the con and his freedom are at risk.

Having read Jane's brothers’ books, I was eager to read an early copy of this book. If it seems like an improbable premise, a common thief and an heir to the throne falling in love, it is, unless you consider the Thorne siblings, and even the queen herself. For all their royalty, they’re still family. Boisterous and interfering but close knit and full of love. A family that anyone would envy and long to be part of, as Charlie soon finds out.

There was a lot to love about this book, which I’ll get to. My one criticism is with the sexy times. I know. I’m as shocked as you that I have an issue with it! Truthfully, it verged beyond romance and into erotica, and came uncomfortably close to porn, because many times it felt like the scenes were just there to add more sex. I’m hoping they were meant to show a growing connection and deeper emotion between Jane and Charlie, but for me they fell short. In fact, it wasn’t until the big crisis that I finally felt the deep, authentic, abiding love they had for each other.

On the plus side, we get this big, loveable bunch of royal Thornes who are endlessly endearing and delightfully entertaining. Who doesn’t love members of a royal family who cheat at Monopoly? Then there are the Princess Bride references which are as clever as they are heartwarming and take this book up a notch. Jane is fantastic – strong, good hearted and compassionate - and I loved watching her discover who she is and see her regain confidence and take a chance on love. But Charlie is the one I love the most, a guy with a huge heart who does the wrong things for the right reasons, trying his best to help his brother and get them out of an impossible situation. His inner conflict was real and I felt his turmoil right along with him as he struggled with himself. But the best part of the book was how the Thorne family interacted with Charlie. For a guy who never had much of a family, it was a strange, beautiful, awe-inspiring experience. I’ve definitely fallen for this royal family and recommend all of the royals in the Flings With Kings series.

*I reviewed this book freely and voluntarily, having made no commitment to provide a review and receiving no compensation of any kind from any source for this review.
Read more
2 people found this helpful
Report abuse

Book Junkie
5.0 out of 5 stars The con artist and the Princess = Perfect match
Reviewed in the United States on 12 July 2018
Verified Purchase
The con artist and the Princess. Who would have thought it would be a match made in heaven?
This book took me completely off guard. I have to say that I have loved all the books in this series. Going into this book I really didn't expect the depth of emotions that came with Royal Rogue. That's probably why this one is my favorite. I love being surprised by a book.

Charlie and Jane stole my heart over and over again throughout Royal Rogue. Charlie the "orphan" that's trying his best to hold onto what little he has left of his mother's legacy.

Jane who has been through the loss of her parents and a nasty divorce are both damaged souls. They are completely caught off guard by the absolute perfect chemistry and compatibility...well once Jane saw his not so douchebag side after their initial meeting.

Can they survive the deceptions, secrets and lies? All I can say is Royal Rogue is a must read. This complicated smart storyline was written perfectly. Bravo Ms Peterson! I loved this book.
Read more
One person found this helpful
Report abuse

Christine
5.0 out of 5 stars The Princess and the con-man are a royal delight!!
Reviewed in the United States on 12 July 2018
Verified Purchase
Just when I thought Rob was going to be my favorite Thorne sibling...….along comes Jane. I just love her. She completely surprised me from the get-go. She was a little vixen, a little naughty - and I liked it! A lot. She had gone through a lot in the past few years, and the public persona everyone had come to know wasn't who she really was. It wasn't until she met Charlie that she was able to truly find herself and live completely in the moment.

And Charlie......gah, this man is so swoony, that my heart melted more times than I could count. The dates, the thoughtfulness - seriously, he was too good to be true (as Jane thought many times). But my heart broke for Charlie knowing that he showed Jane his true self; yet he knew that it was going to eventually all fall apart.

These two together were absolutely magical and I loved every minute of their story. Royal Rogue was such a fantastic installment to the Flings with Kings series - definitely my favorite so far. I loved getting to know Jack a little bit too and I can't wait to see what she has in store for him!
Read more
One person found this helpful
Report abuse

Joyce Hiebert
5.0 out of 5 stars Delightfully surprising
Reviewed in the United States on 12 July 2018
Verified Purchase
My heart was full as I read this book. Full of love, laughter, desire, terror, pain, and finally love. All the love. Princess Jane and Charlie earned all my love. And Jessica Peterson earned all my respect. I could not figure out how this book was going to end on a Happily Ever After. A Princess and a con man? Ridiculous. I kept running scenarios through my head as I read, but nothing seemed right. I love it when I can’t figure out how a book is going to end! And I love a HEA that is well earned. I love this royal world that Jessica Peterson has created! I’ll be waiting for my invitation to Sunday sandwiches and Princess Bride Monopoly.
Read more
2 people found this helpful
Report abuse

Luv2Read
5.0 out of 5 stars An amazing author and story!
Reviewed in the United States on 15 July 2018
Verified Purchase
This is a story of the princess and the con man.
Princess Jane, it's just trying to find herself after being in a relationship that had caused her to loose herself.
Charlie, is a con man who is trying to pay off his brothers debt, to a man who had been thrown out of the royal family, due to his father's affair to a commoner.
The queen, has vetted men she deems would be a good match for Jane.
The only one who catches her eye is Charlie, but when he comes off as just another pompous billionaire, she walks away. When he tries again, he decided to be himself and the sparks fly.
They find that they make each other a better person and Charlie decides he can't go thru with the con.
I love The Princess Bride references.
I also, love the ending. It is an amazing story and series from an amazing writer.
I can't wait for another book from her.
Read more
Report abuse
See all reviews
Back to top
Get to Know Us
Make Money with Us
Let Us Help You
And don't forget:
© 1996-2021, Amazon.com, Inc. or its affiliates