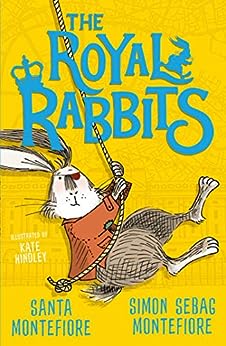 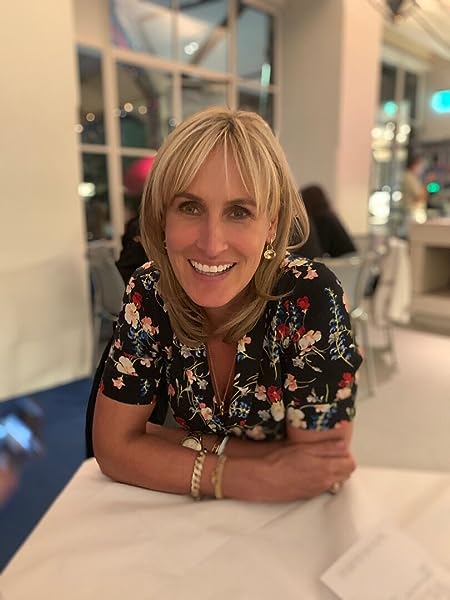 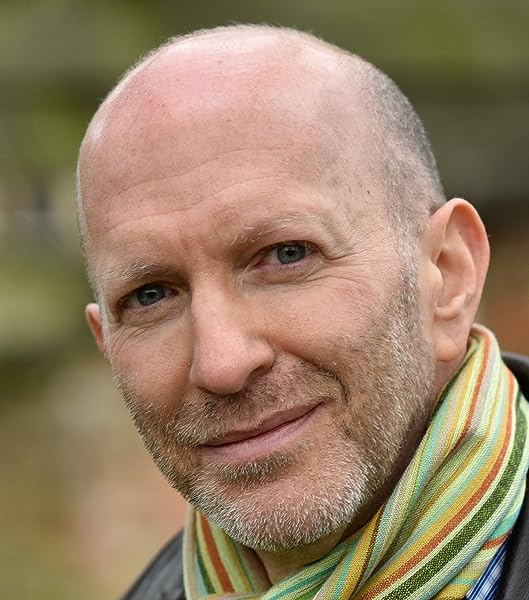 "Shylo is a memorable character who overcomes bullying and gains self-confidence. VERDICT This would also work well as a bedtime read-aloud."--School Library Journal

"A quiet young bunny longing for adventure becomes involved with a band of elite rabbits dedicated to safeguarding the royal family of England. . . . An eccentric cast of secret operative and commando rabbits plus lively black-and-white illustrations add a comic flair. A humorous, fast-paced adventure with a surprisingly engaging and inspiring hero who discovers 'anything in the world is possible.'"--Kirkus-- "Kirkus Reviews"

Shylo, with his sensitive nose and quick wits, proves that "by will and by luck, with a moist carrot, a wet nose, and a slice of mad courage," anything is possible. Words to live by.--Booklist "November 1, 2017" --This text refers to the paperback edition.

Born in England in 1970, Santa Montefiore grew up in Hampshire. She is married to writer Simon Sebag Montefiore. They live with their two children, Lily and Sasha, in London.

Simon Sebag Montefiore's bestselling and prize-winning books are now published in over forty-five languages. His new book The Romanovs: 1613-1918 has been universally acclaimed and is already a bestseller in the UK, Australia, and the USA where it was on the New York Times bestseller list for eight weeks. Montefiore has won literary prizes for both fiction and nonfiction. His latest novel, One Night in Winter won the Best Political Novel of the Year Prize and was longlisted for the Orwell Prize. He is now writing the third novel in this trilogy. Follow Simon on Twitter at @SimonMontefiore. For more information visit SimonSebagMontefiore.com.

Kate Hindley studied illustration at Falmouth College of Art, and went on to work for two years as a children's print designer at a studio in Northampton, whilst working freelance on children's books and greetings cards. She has now illustrated many much-loved picture books, including Oliver and Patch by Claire Freedman (author of the Aliens Love Underpants series) and the award-winning You Must Bring a Hat and the brilliantly funny Be More Bernard, both written by Simon Philip. Kate has also illustrated the popular children's fiction series, The Royal Rabbits of London by Santa Montefiore and Simon Sebag Montefiore. In 2019, Kate launched her adorable Treacle Street series lift-the-flap books, for which she both writes and illustrates. Kate lives in Bristol. --This text refers to the paperback edition.

4.7 out of 5 stars
4.7 out of 5
141 global ratings
How are ratings calculated?
To calculate the overall star rating and percentage breakdown by star, we don’t use a simple average. Instead, our system considers things like how recent a review is and if the reviewer bought the item on Amazon. It also analyses reviews to verify trustworthiness.

Rich Davey
3.0 out of 5 stars An interesting story threaded with elements of darkness
Reviewed in the United Kingdom on 24 October 2017
Verified Purchase
I bought the book purely based on the description here on Amazon, as it sounded like the sort of title my daughter and I would enjoy reading together. She's a more than capable reader but still enjoys a good bedtime story. And being about rabbits, her favourite animal, was a bonus. The concept of the book was really interesting: animals living normal family lives, in little houses hidden in the woods, the secret rabbits protecting the Royal Family and the pappa'ratzi's wanting to expose them.

It felt like the authors had merged elements of James Bond, Kingsman and Watership Down together. Which is also part of the problem. The book is really quite dark in places and doesn't shy away from a few notably violent deaths, bullying, and traumatic encounters. The world in which the animals reside is harsh and quite cruel, which somewhat flies in the face of the cover illustration that may lead you to think it's going to be more jovial and carefree than it actually is.

All children are different of course, and I'm sure older ones would lap this up with gusto. Just be aware that while there is plenty of fantasy and action to be consumed, it comes with a side-order of darkness.
Read more
34 people found this helpful
Report abuse

Scrappydoo
5.0 out of 5 stars Captivating, warm and quite funny. Perfect book for kids
Reviewed in the United Kingdom on 24 February 2020
Verified Purchase
Captivating, warm and lovely to read. We read this as our bed time story. My son who is 6 loved this book and being a little in the shy side loved Shylo Tawny Tail. Cant wait to read the next book in the series
Read more
One person found this helpful
Report abuse

Anne Wilson
4.0 out of 5 stars Moving story and a very good read
Reviewed in the United Kingdom on 16 April 2017
Verified Purchase
Lovely read. Appealing to me as a bunny mad adult, and I'm sure it would be good for children too as it was intended for them
And there is another volume due out later this year! Yay
Read more
3 people found this helpful
Report abuse

Amazon Customer
5.0 out of 5 stars Book
Reviewed in the United Kingdom on 23 January 2019
Verified Purchase
Lovely
Read more
2 people found this helpful
Report abuse
See all reviews
Back to top
Get to Know Us
Make Money with Us
Let Us Help You
And don't forget:
© 1996-2021, Amazon.com, Inc. or its affiliates