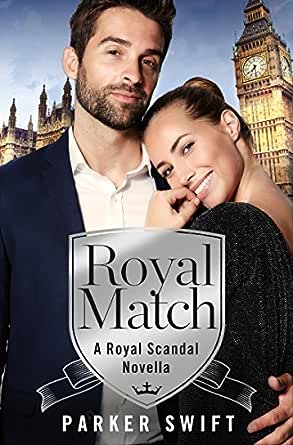 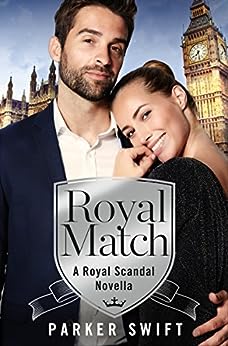 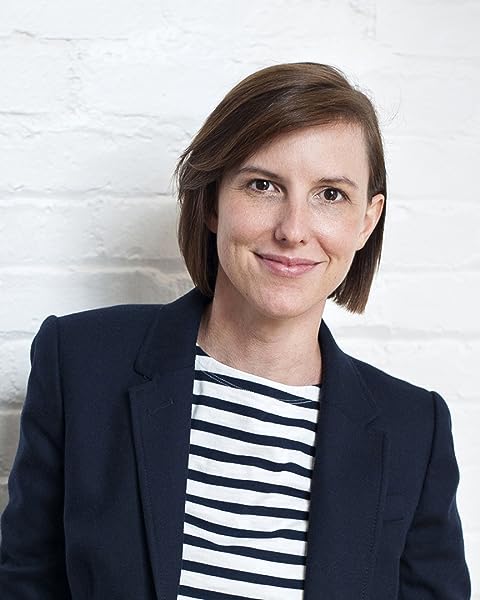 "Addictive, sexy and beautifully written." -Vi Keeland, #1 New York Times bestselling author on Royal Disaster
What to expect when you're royally expecting
In five years of marriage to Dylan Hale - the hottest (not to mention most deliciously insatiable) duke in England - I've learned one cardinal rule: Never say "no" to the Queen. Her orders? I'm to be the matron of honor at the royal wedding of the century... which is, coincidentally, my due date. Dylan's plan is to seduce me into an early labor to avoid this royal ruckus. So now I'm caught between the Queen's command... and my sexy duke's desire.
The Royal Scandal series:Royal AffairRoyal DisasterRoyal Treatment

Heidi Pharo (Owner of My Girlfriend's Couch blog)
4.0 out of 5 stars Parker Swift is a diamond in the rough that you need to discover! You will thank me!!
1 December 2019 - Published on Amazon.com
Verified Purchase
YES!! Dylan & Lydia are back!!

I cannot tell you how excited I was to discover Parker Swift and her Royal Scandal series. I have reached out to her on FB and have told her how much I loved this series. So, when she wrote Royal Match, I knew I needed this book in my life!!

I am so glad to have Dylan & Lydia back. I really hate royal books because I tend to think that they are trying really hard to write new storylines that try to match the true royal family in England. But for some reason, this series just resonates with me. Parker Swift makes you fall in love with Dylan & Lydia! It’s easy and effortless.

With Royal Match, you continue to see their relationship grow. All of the original characters are back! Dylan & Lydia have new challenges ahead of them. This book takes you on an adventure that completely make you fall in love with Dylan & Lydia all over again.

I am looking forward to see what other books Parker Swift sends our way. Her Royal Scandal series was a fantast way to start her writing career. She is a diamond in the rough! Please, please Parker, write some more so that I can enjoy your work! You have a fan for life!

Margi
3.0 out of 5 stars Three Stars
29 May 2018 - Published on Amazon.com
Verified Purchase
It was OK but very short
Read more

Beckymmoe
3.0 out of 5 stars Quick and fun look at royal romance
11 May 2018 - Published on Amazon.com
Royal Match is a sweet novella in the Royal Scandal series. It gives yet another glimpse into the lives of the Duke and Duchess of Abingdon, aka Dylan Hale and his American wife Lydia. Married for five years now, they have two absolutely adorable children (of course!) and are expecting their third--on the same day that Dylan's ex-girlfriend and Lydia's current good friend, the princess of England, is getting married. Naturally, events conspire so that Lydia is roped into standing up in the wedding, because of course one simply doesn't say no to royalty...

What follows is Lydia (mostly) trying to keep incubating baby number three until after the wedding while Dylan gets creative about trying to do the opposite (she can't put on her own shoes at this point; can Lydia really bend herself over a desk...?) and in between there's all kinds of cuteness with their kids, fun with friends and coworkers, and wedding-of-the-century craziness. If you've read the other books in the series already, I'm guessing this book will be one long love-fest for you; if you haven't yet, you shouldn't be too lost--and seeing their marital cuteness here just might inspire you to check out the Dylan and Lydia origin story.

There's not a ton of plot or character growth here--really, it's mostly a slice of life story with the added fun of wondering just when the newest baby Hale will make an appearance. There was a memory sequence at one point (Lydia recalling her wedding day) that seemed on the long side for such a short book, but again, series fans will probably enjoy it quite a bit.

If you're looking for a quick, fun read to put you in the mood for the upcoming real royal nuptials and/or you need something quick to read in the brief moments you're able to tear yourself away from looking at pictures of the newest prince, give Royal Match a try!

I voluntarily reviewed an Advance Reader Copy of this book.
Read more

Danielle C.
5.0 out of 5 stars Dominating dukes that protect!!!
9 May 2018 - Published on Amazon.com
Royal Match
By: Parker Swift

First let me say I wasn’t sure what to expect. But. It was great you could read this as a stand-alone. It’s definitely better if you’ve read the three previous books but still very good. The author makes sure you get dominating dukes with a protective streak that goes on an and on!!

Authors Blurb: What to expect when you're royally expecting

In five years of marriage to Dylan Hale - the hottest (not to mention most deliciously insatiable) duke in England - I've learned one cardinal rule: Never say "no" to the Queen. Her orders? I'm to be the matron of honor at the royal wedding of the century... which is, coincidentally, my due date. Dylan's plan is to seduce me into an early labor to avoid this royal ruckus. So now I'm caught between the Queen's command... and my sexy duke's desire.

I really enjoyed this book and it kept me engrossed throughout. I really loved the characters and the way they interacted with each other. This is a fun, hot, romantic must read book and I would definitely recommend this book to anyone.

This book has everything I love in a book. Then you add that it's beautifully written and believable. It is easily a five star read. Written in female POV this story flows so incredibly well that the next thing you know your 80% into the book and loving every second of it. The believable way the characters interact is perfect. Run, Hop, Jump or use your (1 click) finger to do whatever you have to do and get this amazing book. It'll break your heart, you'll want to scream with frustration and it'll let you discover that love just might conquer all. The chemistry is steamy and sweet and oh so romantic.

Thanks Netgally for letting me read and review.📚💕
Read more
Go to Amazon.com to see all 22 reviews 4.0 out of 5 stars
Get FREE delivery with Amazon Prime
Prime members enjoy FREE Delivery and exclusive access to movies, TV shows, music, Kindle e-books, Twitch Prime, and more.
> Get Started
Back to top
Get to Know Us
Make Money with Us
Let Us Help You
And don't forget:
© 1996-2020, Amazon.com, Inc. or its affiliates