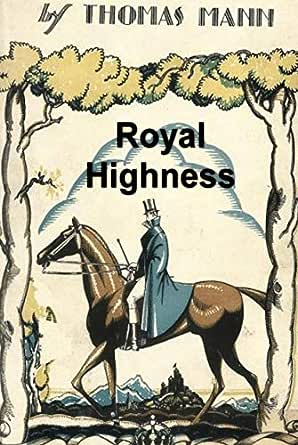 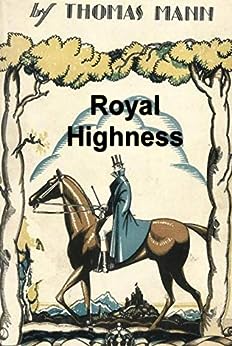 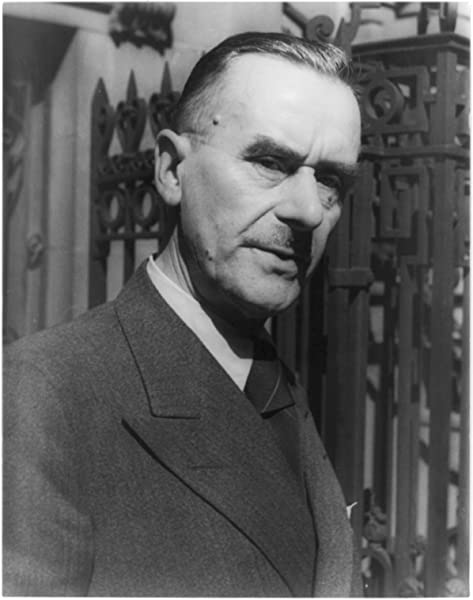 KEY POINTS: * Mann is a giant figure in 20th Century litrature and a Nobel Prize Winner. * Has been core Peguin backlist for years- now reverting to Minerva. * Brilliant new Mann packinging. * A superb new addition to the core Minerva 20th century classics. --This text refers to an alternate kindle_edition edition.

Thomas Mann was born in 1875 in the ancient Hanseatic town of Lübeck, of a line of prosperous and influential merchants. His father, head of the ancestral firm, had also been a senator and twice mayor of the free city; his mother was of Germanic-Creole heritage. Brought up in the company of five brothers and sisters, Mann completed his education under the discipline of north German schoolmasters and entered an insurance office in Munich at the age of nineteen. During this time he secretly wrote his first tale, Fallen, and shortly afterwards left the insurance office to study art and literature at the University of Munich. Then, after spending a year in Rome, he devoted himself exclusively to writing.

He was only twenty-five when Buddenbrooks, his first major novel, was published. Before it was banned and burned by Hitler, it had sold over a million copies in Germany alone. His second great novel, The Magic Mountain, was published in 1924 after twelve years of labour. In 1926 the chance request of a Munich artist for an introduction to a portfolio of Joseph drawings was the genesis of the tetraolgy Joseph and his Brothers, the first volume of which was published in 1933. He was awarded the Nobel Prize for literature in 1929.

In 1933 Thomas Mann left Germany to live for a time in Switzerland. Then, after several previous visits, in 1938 he settled in the United States, living first in Princetown, New Jersey, and later in California, where he wrote Doctor Faustus and The Holy Sinner. Among the honours he received in the U.S.A. was his appointment as a Fellow of the Library of Congress. He revisited his native country in 1949 and returned to Switzerland in 1952, where The Black Swan and Confessions of Felix Krull were written, and where he died in 1955. --This text refers to an alternate kindle_edition edition.

For His Royal Highness Prince Klaus Heinrich the modus Vivendi means servitude to ducal functions, which he graces with unthinking obedience..till he meets the rich, exotic and liberal-minded Miss Spoelmann, who possesses her fair share of spirit and a far wider experience of the world. During the course of his unorthodox and quixotically tender wooing, Klaus Heinrich, forced to reach into unknown depths of his personality, comes to find a truer existence and the real meaning of the word 'duty'.

Royal Highness, one of Thomas Mann's most delightful stories, is richly resonant with many of his themes and symbols. His careful depiction (personified by Klaus Heinrich) of a decaying, stratified society rejuvenated by modern forces illustrates in fable what he regarded as a universal truth - that ripeness and death are a necessary condition for rebirth. --This text refers to an alternate kindle_edition edition.

"The great virtue of Royal Highness is its relaxed, fairy-tale quality that naturally brings the reader inside that 'Edwardian' calm which preceded everything common to contemporary social life. It is very easy to make connections between the book and theories of stratification, statemaking, ritual, legitimacy, even the political economy of preindustrialized states."--Alan Sica, author of Weber, Irrationality, and Social Order --This text refers to an alternate kindle_edition edition.
Read more

Aroha
5.0 out of 5 stars Such a insightful portrait of a system that still holds today - sadly.
Reviewed in the United Kingdom on 23 January 2018
Verified Purchase
I like all Thomas Mann so its an easy choice to give 5 stars to. Its a historical romantic story - but goodness it applys equally well to our current monarchy - shame the outcome doesn't though! A lovely insightful story that carrys you along with a couple of moments of tension when you think you may be worried for the protagonists. Nothing like Buddenbrooks other than Mann's brilliant ability to pen pictures of people with words that make each character stand out and inhabit their personality completely.
Read more
2 people found this helpful
Report abuse

Cybele_now-L
4.0 out of 5 stars Thomas Mann is....funny!
Reviewed in the United Kingdom on 8 March 2020
Verified Purchase
Having read most everything Thomas Mann ever wrote, I was surprised when this little novel popped up. And I'm glad it did - it shows off Mann's sense of humor, and has a certain sweetness and sentimentality which makes it altogether charming.
Read more
Report abuse

R. Bland
5.0 out of 5 stars Gentle, charming, profound
Reviewed in the United Kingdom on 18 May 2013
Verified Purchase
This is much more accessible than the more heavyweight Mann books such as The Magic Mountain. It is short and charming: you can read as just a love story, but it is much more profound than that. I've read it several times over the years, but it was only recently that I looked it up on the WWW and discovered that the lonely prince, trapped in his meaningless life, is a metaphor for Mann himself. And Irma corresponds to ... reader, find out for yourself.
Read more
Report abuse

carey r
4.0 out of 5 stars Writing to die for
Reviewed in the United Kingdom on 15 December 2012
Verified Purchase
Plot almost non-existent (and at times ludicrous), but as a portrait of a dying monarchy, a loveless childhood and some stunning writing, its worth a read.
Read more
Report abuse

Cliente Amazon
2.0 out of 5 stars I didn`t know it was a text printed on demand
Reviewed in Spain on 25 October 2016
Verified Purchase
If I had knpwn it was a text download form guttenberg I wouldn't have ordered it. Besides, I stil had this text in electronic form.
Read more
Report abuse
See all reviews
Back to top
Get to Know Us
Make Money with Us
Let Us Help You
And don't forget:
© 1996-2021, Amazon.com, Inc. or its affiliates