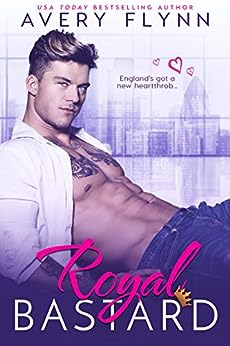 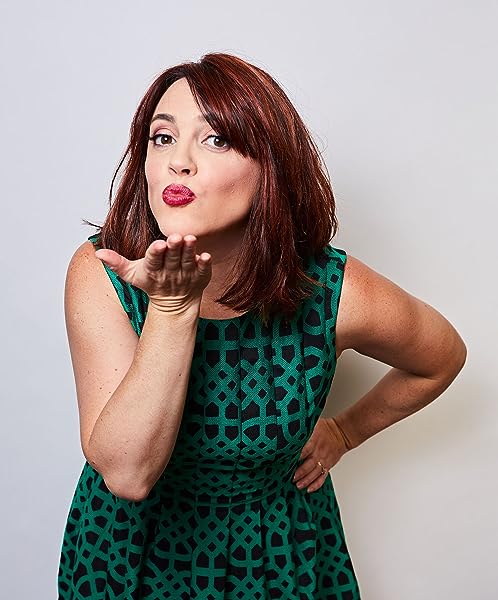 Avery Flynn is a USA Today bestselling romance author who features alpha heroes and the women who tame them. Her heroines are feisty, fierce, and fantastic. Visit her at Averyflynn.com.

4.2 out of 5 stars
4.2 out of 5
226 global ratings
How are ratings calculated?
To calculate the overall star rating and percentage breakdown by star, we don’t use a simple average. Instead, our system considers things like how recent a review is and if the reviewer bought the item on Amazon. It also analyses reviews to verify trustworthiness.

Kayla Busch
5.0 out of 5 stars A Royally Charming Romance!
Reviewed in Canada on 11 June 2020
Verified Purchase
Avery Flynn has done it again! This book is exactly what I needed right now! It is full of intrigue and laugh out loud moments, has an engaging storyline, top notch romance and characters that you will fall in love with. I started this book yesterday and fully intended to read a little bit each day but the story pulled me in and I couldn't put the book down. I read it in a matter of hours! Nick Vane will have you swooning and you will want to have Brooke as your new best friend! Don't miss out on this royally charming novel!
Read more
Report abuse

Bev H.
5.0 out of 5 stars Uplifting
Reviewed in Canada on 13 June 2020
Verified Purchase
I found this contemporary romance of an American inventor and his Lady Lemons to be uplifting, providing the perfect escape from day-to-day challenges. Nick and Brooke are good for each other, and for their beloved town of Bowhaven. Well-paced with likeable characters, there's never a lull in the story as it is finely balanced with drama, humour, and sexy scenes.
Read more
Report abuse

jpaoe
4.0 out of 5 stars Good romance
Reviewed in Germany on 2 June 2021
Verified Purchase
Royal Bastard was not my first book by Avery Flynn and it won’t be my last.
I liked the writing and the characters. Two things were very unusual for me to read about:
Discussing a TV show called Naked Attraction and pigeon races…
As someone, who grew up in Germany with racing pigeons in the neighborhood both were extremely funny.
Read more
Report abuse

A Grand Romance
5.0 out of 5 stars Royally Charming
Reviewed in Canada on 9 June 2020
Verified Purchase
Avery Flynn does it again with this hot and steamy yet charming fish out of water tale. Nick is a great book boyfriend and I recommend this book to everyone who wants a fun fairy tale of a story set in a little village in England. Couldn't out it down!
Read more
Report abuse

OLT
4.0 out of 5 stars A modern-day once-upon-a-time story.
Reviewed in the United States on 14 July 2020
Verified Purchase
I don't remember how I happened upon this book, nor do I understand why I read beyond its title to get to the book description. ROYAL BASTARD. 'Nuff said there to turn me off. I'm a romance reader who doesn't mind a royal or two in historical romances, but these modern-day princes and princesses from fictional kingdoms who come to America (or other places) and fall in love with commoners just seem silly to me.

Well, it turns out there's not really any royal here at all. There is an English earl and his estranged American grandson. It also turns out that the story is well written, cute, funny, sexy, romantic, and filled with interesting, quirky people.

The author is American but she seems, to my admittedly limited knowledge of life in the British Isles, to have gotten the U.S. guy and his bemusement at the way of life of the inhabitants of the quirky English village of Bowhaven translated well to paper. I have no idea if she has spent time in England or thereabouts but this story doesn't feel as clueless as others I have read.

As far as the plot, there's this aging Earl of Englefield who has been diagnosed with Alzheimer's and has no living heir except for an estranged American grandson, Nick Vane, of Salvation, Virgina. The earl needs Nick to come and learn the ropes about being an earl so he will be able to take over when the earl is no longer capable.

To this effect, the earl's young secretary, Brooke Chapman-Powell, daughter of the local pub owner and recently returned to Bowhaven after a disastrous attempt at life in Manchester, gets in touch with Nick to try to convince him to come to England.

But Nick is holding a huge grudge against his English family. His late father William had come to America, fallen in love with and married his mother, fathered him, and then was persuaded by his grandfather, the aforementioned Earl of Englefield, to annul the marriage and come back to England. To compound this, Nick's mother died young and he was placed in foster care. No reason in the world for Nick to be interested in his uncaring English relatives.

Well, I won't say more. You have to read this without more blabbing by me because the plot itself is slight. However, it's charmingly told. A delightful escape from life as we know it nowadays.
Read more
7 people found this helpful
Report abuse
See all reviews
Back to top
Get to Know Us
Make Money with Us
Let Us Help You
And don't forget:
© 1996-2021, Amazon.com, Inc. or its affiliates