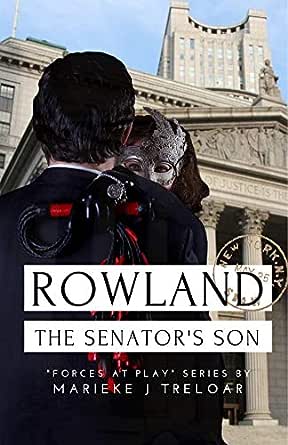 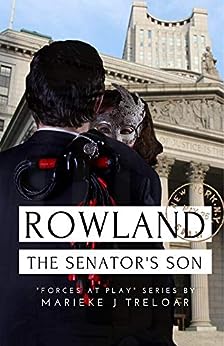 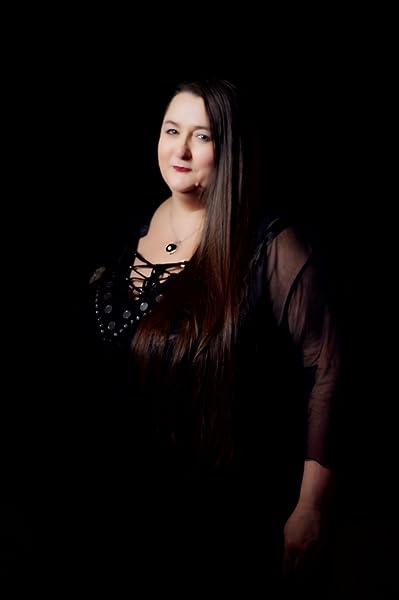 “It was continuous pages of Hot, Sexy, Mysterious, Sit on the edge of your seats, Thrilling, Hilarious, Emotionally moving, Captivating and Women empowering literature.”  A. Firth, Queensland.

"It’s a great story, wonderful characters and it keeps moving along at a good pace, never getting dull for a moment. I am already looking forward to reading the next instalment of the Jeffers men" K. Crombe, Melbourne

THIS IS NOT a sappy romance read that sees Miss "Y" swooning at the sight of Mr "X".

BUT If you want a great read about WOMEN OF SUBSTANCE and real men not threatened by women who can hold their own in any situation. PLEASE GO RIGHT AHEAD and get hooked. Rowland, The Senator's Son is Book One of the fast-paced kick-arse, action adventure series - Forces at Play.

These skillfully crafted tales traverse three continents and have multidimensional characters you will fall in love with. All this is married with a dash of mystery, a pinch of intrigue, a peppering of naughty but nice sex scenes including a little 50 shades for the clever woman (you know where the girls are in charge) and a big smattering of bad guys that are just plain maniacal. They are tales that will have you gasping OMG and WTF.

BOOK 1 - Rowland The Senators Son - One Man's Destiny, One Woman's Past. An unconventional story of politics, sex and revenge.

Rowland Jeffers, District Attorney for City of New York and the eldest of the six sons of the highly respected Senator Ryan-John Jeffers. He is powerful, intelligent, successful, handsome and wealthy in his own right; A man with a destiny, his life has been an open book.

Prior to the Senator's passing, Ryan-John elicits a promise from Rowland that he will look after a woman, an extremely special one. As a man of honour of course his son vows. At Ryan-Johns funeral a woman appears. Mysterious, elegant, Rowland is immediately drawn to her. Is this the woman?

Alexia Kingstone, well known on the New York Art Scene as the eccentric Australian artist and philanthropist. Her studio Dark Angel Gallery is acclaimed and she is renowned for creating high-end men's jewellery, for the rich and powerful.

A mysterious woman that seems to have no real past and is always surrounded by successful men, what is her real story?

Can Rowland fulfil his promise and look after what his father thought so precious? Or will her past destroy them both?

While Rowland, the Senator's Son is the first Book for the "Force's at Play Series" it can also be enjoyed as a stand alone book.

This novel does contain the occasional curse word, but only enough to evince realism into the characters and the stories. This book is not for youngsters or those that do not have an open mind.

You will find Sex, Violence and Murder scenes. They are detailed without be grotesque. Some books also contain Fetish/BDSM orientated themes and scenes too.

If you find yourself prudish or saintly or offended by such material, my books are not for you.

Eva
5.0 out of 5 stars Great read!!!!
27 September 2019
Format: Kindle EditionVerified Purchase
Loved this (I hope) first instalment in this saga. Enjoyed the style of writing and the unfurling plot.
I have also loved reading her first published novel in a different vein.
I am truly happy that Marieke has found the direction that her talent and passion should take
I look forward to more

Nicole Vought
5.0 out of 5 stars A fast paced, intense read for the open-minded!
23 September 2019
Format: Kindle EditionVerified Purchase
Love, love, love the book. Can't wait for the sequels!
The story is fast paced and intense. It is a great read
So many great characters, I think Rowland my favourite. Who can resist a dark, handsome hero!
Get writing Marieke!

Mummy B
5.0 out of 5 stars Very intriguing storyline
30 September 2019
Format: Kindle EditionVerified Purchase
Love this story. It draws you into a dark and fascinating world. A great twist on all those stories where only the men are the dominants. Can’t wait to read more from this author.
Read more
One person found this helpful
Helpful
Comment Report abuse
See all 3 customer reviews
Write a customer review

Jeanne Richardson
4.0 out of 5 stars Good Book
18 December 2019 - Published on Amazon.com
Format: Kindle Edition
This is the 1st book I've read written by Marieke Treloar; she has done a great job at writing a good book; I can’t wait to read more of her books.

The story line caught my attention at the very beginning and kept me interested throughout the entire book.

I loved the chemistry between the characters.

I received a free copy of this book via booksprout and I’m voluntarily leaving a review.

Sara Munoz
5.0 out of 5 stars Rowland, The Senator's Son
24 December 2019 - Published on Amazon.com
Format: Kindle Edition
This new, fast-paced, 1st book in the Forces at Play Series is very well-written and have characters that grab your interest and want you learning more about them and what is to come next. I could not put the book down and I read it from beginning to end without stop.


Read more
Go to Amazon.com to see all 2 reviews 4.5 out of 5 stars
Get FREE delivery with Amazon Prime
Prime members enjoy FREE Delivery and exclusive access to movies, TV shows, music, Kindle e-books, Twitch Prime, and more.
> Get Started
Back to top
Get to Know Us
Make Money with Us
Let Us Help You
And don't forget:
© 1996-2020, Amazon.com, Inc. or its affiliates