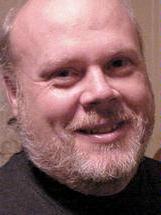 by Mel Odom (Author)
4.4 out of 5 stars 12 ratings
See all formats and editions
Sorry, there was a problem loading this page. Try again.

Edgewick Lamplighter (Wick to his friends) is a humble librarian in the isolated halls of Greydawn Moors until dreams of wanderlust and a bit of dereliction in his duties result in his being shanghaied to a far-off land. Captured by pirates, sold into slavery, and adopted by a gang of thieves, Wick soon finds himself with more adventures than even a halfling librarian can imagine. Rival gangs, goblin marauders, evil wizards, and monstrous dragons are soon after the wee adventurer and his new found allies in a tale of treasures and treachery, magic and mystery where even a little guy can rise to the occasion and save the day.
Read more
Previous page
Next page

Page 1 of 1 Start overPage 1 of 1
Previous page
Next page
Start reading The Rover on your Kindle in under a minute.

I write in a number of fields, but always with the hope of telling an interesting tale that will incite a reader to think for himself or herself, to examine his or her own place in the world, and offer a little nudge in the direction of dreams, faith, and personal growth in spite of whatever odds a person has to face. I also believe we were all put here for a purpose. Hopefully, several purposes. I'm a father, a little league coach, a teacher, a friend, and a writer. I struggle to keep that balance, as many of us do these days, but I hold tightly to the belief that I'm doing all I can be doing, and doing what I should be doing.

Cassisa
4.0 out of 5 stars A fast-paced adventure!
Reviewed in Canada on 28 June 2018
Verified Purchase
If you're looking for something to read after "The Hobbit" or "Lord of the Rings", this one's for you. A fast-paced novel about a dweller called Wick who goes on an unexpected journey with a montley crew. A fun read!
Read more
Report abuse

Lawrance Bernabo
5.0 out of 5 stars The first great adventures of Wick, a humble librarian
Reviewed in the United States on 7 August 2002
Verified Purchase
The first thing you have to do when considering "The Rover" by Mel Odom is to dismiss the cover and the title (which does not sound like an auspicious beginning to enjoying a book, but hang it there). If the cover painting by the Brothers Hildebrandt looks like Frodo and Sam cornered by Robin Hood and his Merry Men, then you are pretty much on track. What we have here is clearly a marketing ploy, obviously the work of an editor, and a blatant attempt to get readers of Lord of the Rings and the Shannara series(es) to at least stop and take note (Not that there is anything wrong with that). Then there is the title, which I am admittedly at a loss to explain because I do not think the word "Rover" appears in the entire novel (however, "the" is one of the more frequently used words). But it sounds good, so I suspect another marketing ploy. However, the point of any marketing ploy, good or otherwise, is to GET YOU TO READ THE BOOK.
When I began reading "The Rover," in which Edgewick Lamplighter, Third Level Librarian at the Vault of All Known Knowledge is shanghaied into a world of magic, adventure, and intrigue, I was just sort of cruising along. Wick is a dweller, which is to say a halfling, who spends all of his time reading what Grandmagister Frollo considers to be the wrong books in the vault. Wick lives in a world that has been shattered in the past by a great Cataclysm between Lord Kharrion's forces of evil and an alliance of men, elves and dwarves. The Vault is presumed to be the sole depository of all the books left in the world, a great library protected for a time in the future when the world can use this storehouse of knowledge to rebuild civilization. But a quick series of mishaps befall our hero and suddenly he is cleaning dishes on a pirate ship run by dwarves.
So I am a reading along thinking dwarf pirates are kind of interesting, but I have read about dwarves before, and a dweller seems to be a hobbit without hair on his toes, when suddenly the pirate ship has a visitor.
You will know exactly what I am talking about when you read this novel, because this is the point where you sit up and take notice. This is where the character of Wick emerges as someone you want to read more about and where the world Odom has created begins to come into sharper perspective. The success of fantasy books like "The Rover" is always going to depend on the new creations or at least the new combinations the author can bring to play, and once Odom ushers in his first special creation for this fantasy world this novel really takes off.
For one thing, the wit and humor really starts to click after that point. My wife commented that I was chuckling while reading this book more than anything she has heard me read in a long time and it was not like I could really just read her a line because the humor is all contextual in terms of characters rather than being one liners. Yes, there is an engaging rogue, but he has this quaint little ability to tell when people are lying that gives him a nice character twist. But the most important thing is that Wick, who begins the story as something of a cartoonish little fellow, becomes transformed at this point and Odom has a fully realized character. Also, Wick suddenly takes on more of a purpose than just wanting to go home, without this book becoming some sort of grand quest.
In fact, I was not really sure what the book was about; which is perfectly fine, because this is one of those books that is about the journey not the destination. I was not at all sure if this was one of those to-be-continued/first-volume-of-an-epic-trilogy type novels or not. All I knew was that I was reading "The Rover" for the most important reason there is to read any novel: to find out what happens next.
"Kirkus Reviews" considers "The Rover" to be "A cute, smartly told pastiche of Tolkien and Terry Brooks aimed at the Harry Potter crowd and librarians at every level." This might be damning with faint praise at best because (a) "pastiche" is a twenty dollar word that means there is nothing new in the world and suggests Odom is constructing his narrative out of bits and pieces of other people's work, which I take exception to given what I laid out above, (b) even the last (fourth) Harry Potter novel with its turn towards death and darkness is a lark in the park compared to the evil that abounds in Wick's shattered world, which makes it strange to say this book is targeted for younger readers, and (c) librarians do not buy books because they work in giant buildings holding thousands of books, so why target them? Especially since part of the lesson of this book is that there are far better things to be than a mere librarian.
I know the comparisons to Tolkien, Brooks and Rowling are inevitable, but they really only get in the way of enjoying Mel Odom's tale. I was sorry to see this tale come to an end and I would like to hear what happens to Wick next. What better response do you want to a have to a book as a reader?
Read more
10 people found this helpful
Report abuse

Michele Janes
4.0 out of 5 stars Interesting
Reviewed in the United States on 21 January 2021
Verified Purchase
Did this as a read aloud in school. The history and descriptions are long for fifth graders. The adventure part is awesome.
Read more
Report abuse

val cole
5.0 out of 5 stars Five Stars
Reviewed in the United States on 7 February 2017
Verified Purchase
plenty of action, and adventure. Hero in and out of dangerous situations. plenty of suspense. First book of trilogy.
Read more
Report abuse

Kathy West
5.0 out of 5 stars Five Stars
Reviewed in the United States on 5 August 2014
Verified Purchase
Great product and quick delivery
Read more
Report abuse
See all reviews
Back to top
Get to Know Us
Make Money with Us
Let Us Help You
And don't forget:
© 1996-2022, Amazon.com, Inc. or its affiliates