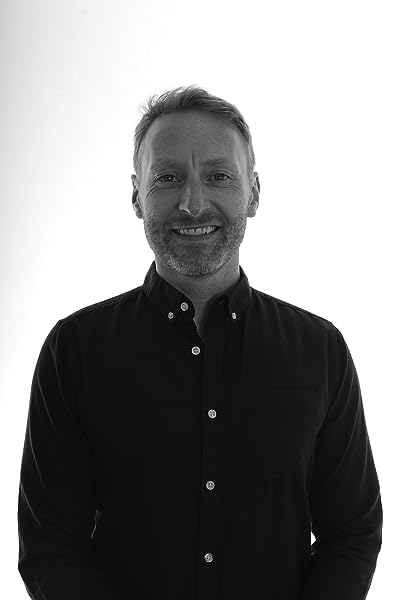 Start reading Rotten Bodies: A Zombie Short Story Collection on your Kindle in under a minute.

Steven Jenkins was born in the small Welsh town of Llanelli, where he began writing stories at the age of eight, inspired by '80s horror movies and novels by Richard Matheson. During Steven's teenage years, as well as being a black-belt kickboxer, he became a great lover of writing dark and twisted poems--six of which gained him publications with Poetry Now, Brownstone Books, and Strong Words. Over the next few years, as well as becoming a husband and father, Steven spent his free time writing short stories, achieving further publication with Dark Moon Digest. His terrifying tales of the afterlife and zombies gained him positive reviews, particularly his story, Burning Ambition, which also came runner up in a Five-Stop-Story contest. You can find out more about Steven Jenkins at his website, www.steven-jenkins.com or on Facebook.

4.3 out of 5 stars
4.3 out of 5
151 global ratings
How are ratings calculated?
To calculate the overall star rating and percentage breakdown by star, we don’t use a simple average. Instead, our system considers things like how recent a review is and if the reviewer bought the item on Amazon. It also analyses reviews to verify trustworthiness.

Kindle Customer Tricia
5.0 out of 5 stars Interesting
Reviewed in Australia on 5 September 2017
Verified Purchase
Interesting set of stories in this book and I thoroughly enjoyed reading them. Good to have a variety of authors to read
Read more
Helpful
Report abuse
See all reviews

Sandra Richardson
4.0 out of 5 stars Great collection of zombie stories
Reviewed in the United Kingdom on 22 October 2019
Verified Purchase
After reading and loving the Dead Aware series so far by Eleanor Merry, I felt I wanted to try another zombie book and came across this collection of five short stories/novella’s by Steven Jenkins. There’s I Am Dead, Room 503, Run, The Pit and Simon Dunne: Former Zombie.

I love this version of the cover, a rather angry looking rotting female zombie. The cover gives you the clue that there won’t be any “nice zombies” or “aware zombies” in this story collection. The zombies in this collection are the monotonous, angry, flesh eating, never give up until they get you kind.

Room 503 has the main character Dave taking his wife flowers, a sign of guilt? Well, the short answer yes as Dave has to go away to do with work and he is wanting to oil the waters with his wife as she doesn’t like him working away from home. It turns out she has every right to feel funny about her husband working away as he isn’t in fact working but meeting his long-term mistress in a swanky hotel to spend the weekend in bed with her! The irony is that whilst he is locked away in his hotel room with his mistress, he hears a ruckus in the street and they go onto the hotel balcony to see what is happening. The Police are facing off against . . ..what are those moaning, shuffling people, grabbing and biting? Well, they are zombies and in the fight against the Police they are winning! Dave and his mistress check out the news on the hotel room TV and on the internet on their own phones and see that there has been a virus breakout that’s turned people into zombies. To catch this virus all you need to do is be scratched or bitten by a zombie. Dave tries to phone his wife, suddenly feeling guilty about her and his daughter being at home unprotected. Obviously, Dave isn’t the only person trying to use the telephone network so he keeps getting a continual engaged tone. Dave speaks to reception who tell him what he has already seen from the balcony, and that the hotel is now in lockdown, it is not safe to leave the hotel, and their advice is to stay in your locked room. There is Police back up on the way to get the zombies away, at the moment the hotel is safe as all doors are locked etc and should hold against the zombies senselessly walking into them. Dave speaks to his mistress and says he is going to try to get to his car, despite her protests and her begging for him not to leave her alone, he sneaks out of the room, down the back stairs to see if he can make it to his car!

One of the other stories in the collection is called The Pit. This story is set in Wales during the years of Margaret Thatcher’s government, when jobs were scarce, when you took what job you could get to make ends meet and put food on the table to feed your family. The main character in this one is Howard John Thomas, he is married to Thelma and they have a 7 year old daughter called Delith and a baby son called Jacob. Howard has his own idea’s how all this horrible business began. He thinks, like others have said mining half a mile down is too far and they have found the devil. The devil being zombies that roam the mines shafts preying on the few miners left trying to work to get money to feed their families. Thelma didn’t want her husband working down the pit, but after being on the dole, it was the only job that he could get, so he took it. He tries to not think about those that are roaming round in the pit and thinks of his children, and his wife Thelma, the very reason he is willing to work in this dangerous place. Howard thinks about Delith, singing her heart out at the nativity play at school. Howard was so proud of his singing Shepherd Delith, who wants to be Mary anyway! Then he thinks about baby Jacob lying in his cot with his big blue eyes gazing up at him. Then he thinks about Thelma’s thick blonde curls waving down her back, he truly loves his family and would do anything for them. Trouble is it’s getting harder and harder to work down here in the mine. There is never enough battery power in your light, so you have to turn it off sometimes to preserve it, then if/when you get lost you run a larger risk of being caught by one of those zombies.

In the last story in the book, the main character Simon Dunn, thinks a lot about the word zombie, he hates it. Simon would prefer to be called the “walking-dead” or “coffin-walker” than zombie. He thinks zombie sounds low class, common and undignified! Simon then reveals that the official, politically correct terminology to use is “Former Zombie.” Simon also reflects on how simple his life used to be before he became a “Former Zombie.” He goes on to say he used to get up, have breakfast, watch TV, kiss his girlfriend and take the dog for a walk. Then a rather funny quote I can’t resist sharing, Simon says “Of course, the dog was the first thing I ate” that honestly made me laugh out loud as it’s so pragmatic and deadpan how the character reveals the fact, he ate his own dog.

There are some fantastic descriptions within this collection, such as “Every joint and muscle aches, and my head is pounding like a hangover”
“Even my finger hurt and creak when I make a fist” and “When I attempt to bend my legs I can feel the fluid burn and swirl around my kneecaps”
They enable you to imagine and almost feel the pain these zombies and people are feeling.

There are also some great humorous descriptions in the book too, such as a fairly newly turned zombie who isn’t sure how long he has been turned but all he can think about is his desire to feed on warm flesh. “Its all I can think about – that and trying to remember which part of the body carries the juiciest meat.” The zombie continues thinking about eating, trying to work preferences out, an animal? No, they decide they’d prefer a human. They aren’t particular as to whether its male or female but… “Preferably someone morbidly obese. I could feed on them for days. And the chances of one outrunning me are pretty remote..”

I found all the individual stories really good and in fact, in some cases I would love to read more from those characters or from within the world they were set in. Some of the stories are shorter than others, such as Run, but are still good reads. I would certainly like to read more by Steven Jenkins, zombie and/or other books he has written as I enjoyed his writing style. The stories flowed really well and quick enough to dip in and out of the book perhaps if you were on a bus or train journey.

So, to sum up this is a really good collection of short zombie stories! This selection of stories would be a great initiation to the zombie genre and is a fantastic introduction to this author’s work too.
Read more
Report abuse

Nel
3.0 out of 5 stars Pretty good stories
Reviewed in the United Kingdom on 27 July 2018
Verified Purchase
Have enjoyed those horror stories, well written with a bit of humour and wit. Speaking of the monologues of those characters pretty funny.
Well in some ways for some characters I can only say, Karma can be a Bitch LOL

I liked the introduction of those different stories, first one is good. As well for Run. And the short one at the end LOL
Read more
Report abuse

Mrs Jonesy
5.0 out of 5 stars A Good Short collection
Reviewed in the United Kingdom on 23 August 2015
Verified Purchase
Really enjoyed these - a nice collection of short stories that I read in 1 evening. I went on to read Burn the Dead which is a very good book that expands on one of the short stories in this collection.
"I think I ate his wife" is probably my favourite line in the entire book - funny and also a bit shocking - great for a quick read for those who like the Z's!
Read more
Report abuse

Nathan Jones
5.0 out of 5 stars Visceral undead carnage at it's best!
Reviewed in the United Kingdom on 10 May 2015
Verified Purchase
Yet again a roller coaster of twists and terror from one of the best new authors of the horror genre. Devoted exclusively to the theme of zombies and the uniquely stomach-churning dread they inspire in us, Steven Jenkins' fecund imagination again conjures disquieting worlds that will awaken your darkest, most primitive fears. Immaculately written stories that will curdle the blood of the most hardcore zombie devotees.
Read more
One person found this helpful
Report abuse

Keith
4.0 out of 5 stars Zombies
Reviewed in the United Kingdom on 29 December 2017
Verified Purchase
It’s got zombies in it. A short read with a few zombie stories. Nothing spectacular but nothing dreadful either. If you’re a fan of zombie stories then you won’t be disappointed.
Read more
Report abuse
See all reviews
Back to top
Get to Know Us
Make Money with Us
Let Us Help You
And don't forget:
© 1996-2021, Amazon.com, Inc. or its affiliates