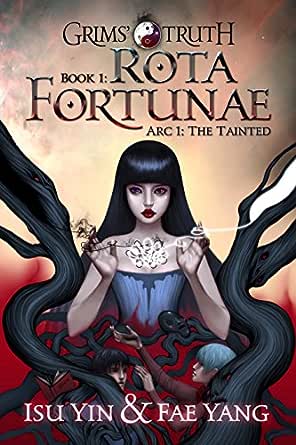 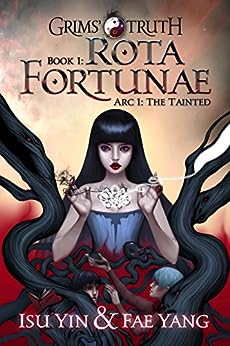 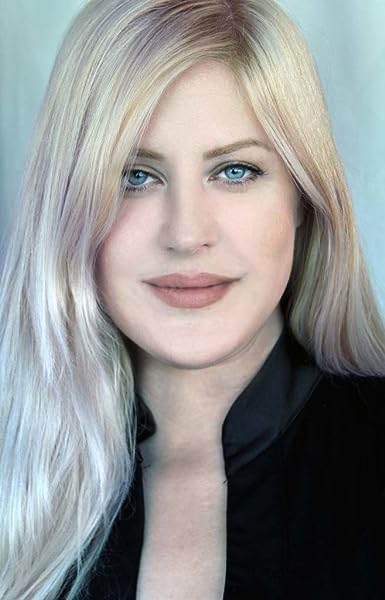 AUTHORS (Yin & Yang): For as long as we can remember, we have been either plagued or blessed with dreams of the vast universe we call Euphoria. The fascination and devotion we share for these dreams, and all the people inside them, has driven our artistic visions for decades. We have studied photography, linguistics, graphic art, video editing, traditional art, and literature, all with the intent of sharing this massive story and vision. Though many obstacles may lie ahead, we look forward to embarking on this journey with whomever may find a vested interest in our work.

Sheila D.
5.0 out of 5 stars FROM THE MOMENT, I PICKED UP THIS BOOK, I COULD TELL IT WAS DIFFERENT!
Reviewed in the United States on 14 October 2017
Verified Purchase
From the moment I picked up this book, I could tell it was different, even the texture of the cover...like a glove that fit perfectly.
I was drawn in, like an un-suspecting prey in a spider's web. Feeling confident that I would navigate thru easily. Only to discover to my delight that this book is clearly just the beginning. Wonderful foundation of fascinating characters, maps/worlds, language, clans, groups and so much more,
with easy referencing at the back of book to flip to. I love being able to go to the author's website to see what the characters actually look like!
At the point that you start to doubt your over-confidence, the author makes you aware that Fate is confused as well, so maybe you're on the right track after all, or maybe not...which makes it more exciting.
This book abounds with puzzles/mazes/questions/clues that promise clarity down the road making it obvious that there is a lot more to come.
The characters are interesting, each in there own way. However; I am soooo curious about Akira in particular, he is such an enigma to me. I hope to see more of him in the future.
I plan to re-read Rota Fortunae (like GOT & all great stories) chock full of clues that you miss the 1st time around, yet are there hiding in plain sight when you look again. Wish Conundrum was coming out sooner, can't wait to buy it in November. She D.
Read more
2 people found this helpful
Helpful
Sending feedback...
Thank you for your feedback.
Sorry, we failed to record your vote. Please try again
Report abuse

Reading Glass Reviews
5.0 out of 5 stars A More Than Promising Beginning To An Epic Series
Reviewed in the United States on 17 November 2017
Verified Purchase
I was a bit hesitant to get started reading this book, because I'm not a fan of epic fantasy. At least not the epic fantasy I've read so far. World building is important, but most of the epic books out there spend far too much time doing that, and I lose interest before the story begins.

This book is true to its genre, in the sense that it does begin (and end) with plenty of world building (as well as additional learning material at the end so you can learn as much or as little as you like about the world you'll be reading about). I was both surprised and delighted by how quickly and deftly the characters were introduced and the fact that Fate's story really got the attention it deserved (after all, what's a story without characters?) I really loved Fate's story and her character and the authors used this to brilliant effect, introducing other characters (who I assume will be explored more fully in future installments) through Fate's lens, without losing focus like so much fantasy literature does. This story has a very clear through-line, which I greatly appreciated.

Another thing I appreciated was how well the segue into the next installment was handled. While there are some questions remaining to be answered, this book works just as well as a singular work. There's a clear beginning and a satisfying ending. Too many times I've read "series" type books where the end of one volume basically made it so that you had to read the next volume or nothing would make sense and you'd be left without closure. That isn't the case with this book. If, for some reason, no more volumes were released, the main story is tied up wonderfully and the reader wouldn't be left feeling cheated.

My son is reading this now, on my recommendation, and I'm sure he'll love it, because he's a fan of the genre already. I think it speaks volumes of the authors' talent in weaving a tale that I loved it as well, even though I'm not a fan of the genre.

This book is well worth the read and I would recommend it to any fan of Fantasy (epic or otherwise)
Read more
One person found this helpful
Helpful
Sending feedback...
Thank you for your feedback.
Sorry, we failed to record your vote. Please try again
Report abuse

Persephone
5.0 out of 5 stars Mystery within a Mystery
Reviewed in the United States on 23 October 2017
Verified Purchase
When I first started the book, I wasn’t sure what to expect. It started off slow, the mystery building with each informational chapter while making you question what is actually going on. You can tell it’s going to be a big story with a lot of information.
The characters are enjoyable, each with their own unique (non-stereotypical) personalities, which brings you into the mood and tone of the story. It’s easy to get immersed in their world and enjoy things for what they are.
Highly recommend this book. It is written in an interesting way that makes you think and become highly involved with the characters. Haven’t read anything this thought provoking in a long time.
Read more
2 people found this helpful
Helpful
Sending feedback...
Thank you for your feedback.
Sorry, we failed to record your vote. Please try again
Report abuse

Joshua Grant
5.0 out of 5 stars A world divided
Reviewed in the United States on 11 January 2019
Verified Purchase
The world in Rota Fortunae created by Isu Yin and Fae Yang is really cool and imaginative! Yin and Yang (yes, seriously) have built a cast of fun characters that are confronted with deep challenges, epic battles, and an unspeakable evil that’s trying to destroy an already divided world. I love the freshness of this novel and can’t wait to see what’s in store for the next one!
Read more
Helpful
Sending feedback...
Thank you for your feedback.
Sorry, we failed to record your vote. Please try again
Report abuse

Ian
5.0 out of 5 stars I really enjoyed reading this amazing story
Reviewed in the United States on 17 December 2017
Verified Purchase
I really enjoyed reading this amazing story! It was more than I could ask for! The way the author(s) draw you in with how the characters are being described and how they interact with each other in such a diverse way. In one moment it's a pleasant conversation the next it's a lot of subtle political tug-of-war! I love it! Don't get me started with how vast this world is, and it's definitely only the tip of the iceberg! I can't wait to continue on to the next book and discover more secrets!
Read more
Helpful
Sending feedback...
Thank you for your feedback.
Sorry, we failed to record your vote. Please try again
Report abuse
Load more international reviews

Trusty Trevz
5.0 out of 5 stars Mastahpiece
Reviewed in the United States on 3 December 2017
Verified Purchase
Book 1 of ROTA FORTUNAE presents a compelling puzzle of world building and story that proves to be quite rewarding. I feel like there's quite a bit I'm missing, but I look forward to reading it again and reading future books to see how it all comes together. Great characters, world, etc. Definitely worth reading.
Read more
Helpful
Sending feedback...
Thank you for your feedback.
Sorry, we failed to record your vote. Please try again
Report abuse

sheileen carney
5.0 out of 5 stars Fantastic read.mind expanding adventure!!!!
Reviewed in the United States on 29 August 2018
Verified Purchase
Arrived quickly. I cant put this book down.the story is so intense.great writing. A must read
Read more
Helpful
Sending feedback...
Thank you for your feedback.
Sorry, we failed to record your vote. Please try again
Report abuse