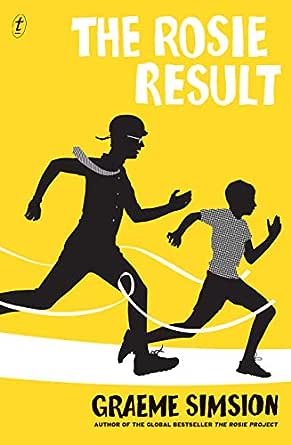 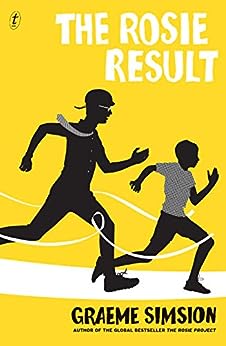 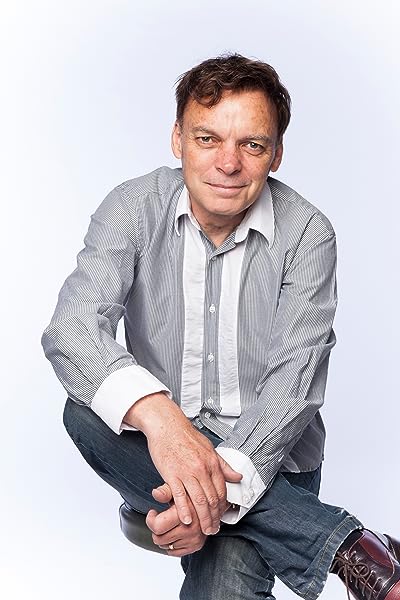 Fans of The Rosie Project will love this ... It's heart-warming and clever (Daily Mail)

Offers a touching and intelligent insight into autism, while Don's hilarious escapades keep the laughs coming (i)

Graeme Simsion tackles some of the heavy issues of our day - autism, gender roles, political correctness - but his light touch makes this novel a fun and satisfying read (Sunday Express)

A fast-paced, enjoyable journey. Genuinely heartwarming . . . He is certainly ending on a high note (Independent)

Superb. A perfect mix of humour, heart and insight (Gavin Extence, bestselling author of The Universe Versus Alex Wood)

Excellent . . . beautifully and sensitively written, you will enjoy every sentence (Living Edge)

Don Tillman is surely one of the most recognisable, distinctive narrators in modern fiction ... While this book is deeper and more thought-provoking than the first, there are many moments of humour and unexpected joy ... Uplifting, eye-opening and definite food for thought on whether we need to adapt to the world, or whether something the world is a better place in accommodating us as we are (My Weekly)

Hilarious and thought-provoking, with a brilliant cast of characters, The Rosie Result is the triumphant final instalment of the much-loved and internationally bestselling Rosie trilogy.
See all Product description

NicShef❤️Reading
#1 REVIEWER
5.0 out of 5 stars Highly enjoyable ending...
17 February 2019
Format: Kindle EditionVerified Purchase
So good to be in Don Tillman's head again! Still the most unique and compelling lead character I have ever read.
‘The Rosie Result’ is the third book in the Don Tillman trilogy by Australian author Graeme Simsion. Other than job applications and performance reviews, life is virtually perfect for Don, Rosie and young Hudson in New York.

Yet fast forward eight months and a job-related transfer to Melbourne has unsettled Hudson, now eleven... which now Don rates this the most severe of the five problems that he has identified as affecting his overall contentment.
From page one, Don is in fine voice and his one liners and unique perspective of the world makes this unputdownable...

Rosie as always is a great foil to Don’s uniqueness ...
“I said when I married you that I was expecting constant craziness, so I'd be letting us both down if I said no.”

While Don provides the reader with plenty of humour, Simsion also uses events, and the family’s reaction to them, to explore the myriad of issues surrounding autism.

Snapdragon
TOP 10 REVIEWER
5.0 out of 5 stars Another terrific Don Tillman book
12 February 2019
Format: Kindle EditionVerified Purchase
Why do we “neurotypicals” find Don Tillman so endearingly fascinating? There’s something very compelling about a person who faces life problems with a guileless rationality. What’s also important is that in this cynical, wicked world of ours, Don is always concerned to act ethically, for individual and greater good.

In this novel he applies his problem-solving skills to his son Hudson, who is having a hard time at school. The school wants Hudson to be tested for autism, so Rosie and Don embark on a mission to discover whether this is wise. This is one of the themes of the novel: should people on the spectrum be trained to fit in, or should society be more accepting of difference? Don reflects a lot on his own upbringing. Then there’s the issue of Rosie’s research work: should she go part or full time? After an unfortunate incident at a university lecture, Don is pilloried for political incorrectness re race. (Thus making PC-ness v free speech another issue.) With typical Tillman logic, Don decides to quit work, devote his time to Hudson (thus allowing Rosie to work full time) and leverage his cocktail-making skills into a bar to bring in money. Hudson de-glitches the drink-ordering app Don devises. With the flair we’ve come to expect from Simsion, these and other issues are parlayed into a funny, uplifting, thoughtful novel that you just love to read, and that will surely be as successful as the other Rosie stories. Just dive in.
Read more
Helpful
Comment Report abuse

Michael Chiller
5.0 out of 5 stars Compelling and enyoyable reading.
8 February 2019
Format: Kindle EditionVerified Purchase
The Rosie Result is a great finale to the "Rosie" novels. I have read all three of the "Rosie" novels and formed a strong connection to the characters along the way. This is a result of the great skill of the author. I found the books easy to read given the quality of the writing and the interest the author ensured I kept in finding out what happened next. The author takes you on a journey with the characters as they figure out a way to make their life meaningful and happy. I had a lot of fun reading the book and I commend this book to anyone.
Read more
One person found this helpful
Helpful
Comment Report abuse

dAVo
4.0 out of 5 stars Don’s remarkable prejudice...
5 March 2019
Format: Kindle EditionVerified Purchase
Whilst I thoroughly enjoy reading the continuing adventures of Professor Don Tillman, and his struggles to combat bias and prejudice, I am somewhat surprised by how intolerant he is of me, and some of the trite and generalistic conclusions and observations he makes regarding what I consider to be some of my core life choices. This is even more surprising in light of the fact that neither he, nor his creator have in fact, ever met me. It is the only disappointment that I have with, what have otherwise been, excellent books.
Read more
One person found this helpful
Helpful
Comment Report abuse

Rosie
5.0 out of 5 stars Simsion does it again! Amazing addition to Rosie series!
11 May 2019
Format: Kindle EditionVerified Purchase
I love love love the Rosie series! I am always giggling away out loud in public and getting funny looks from people in cafes when I read any of the Rosie books. I love Simsion’s style of writing. If you haven’t read the first two books from this series, do so first before reading this one! You’re in for a good laugh! I hope they make these into movies!
Read more
Helpful
Comment Report abuse

Bob
5.0 out of 5 stars Excellent Finish to the Trilogy
23 March 2019
Format: PaperbackVerified Purchase
This book has kept up the standard of the earlier two. It is great fun, highly amusing and easy to read. However it has a very significant underlying message about autism and anybody on the spectrum can feel encouraged for their own success. I highly recommend the book simply as a fun novel to read, but also as a book with an important message.
Read more
Helpful
Comment Report abuse

Heather Howard
TOP 1000 REVIEWER
5.0 out of 5 stars Loved every Rosie Book
29 August 2019
Format: Kindle EditionVerified Purchase
These books are fantastic. Start with the Rosie Project and keep reading none disappoint. I am only sorry that they have come to an end. I am looking forward to other offerings from this writer.
Read more
Helpful
Comment Report abuse

Joanne
5.0 out of 5 stars Must read
10 February 2019
Format: Kindle EditionVerified Purchase
A fantastic read, as expected. Love the Tillman family whose lives are not just joyful,exciting and rich, they also guide us in how we might make better informed decisions, to see and value diversity and i refuse to understate the value of logic. Feeling sad the journey has ended but am enriched by the experience and offer heart felt thanks to the author for what was a joyous trilogy.
Read more
Helpful
Comment Report abuse
There are 43 customer reviews and 47 customer ratings.
See all 43 customer reviews
Write a customer review

Go to Amazon.com to see all 223 reviews 4.4 out of 5 stars
Get FREE delivery with Amazon Prime
Prime members enjoy FREE Delivery and exclusive access to movies, TV shows, music, Kindle e-books, Twitch Prime, and more.
> Get Started
Back to top
Get to Know Us
Make Money with Us
Let Us Help You
And don't forget:
© 1996-2020, Amazon.com, Inc. or its affiliates