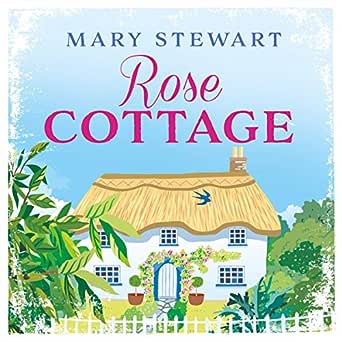 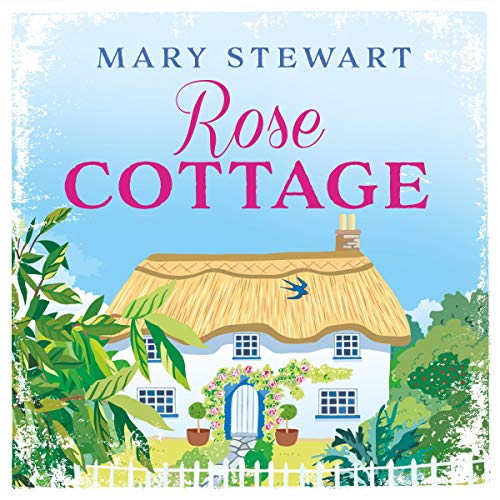 4.4 out of 5 stars
4.4 out of 5
348 global ratings
How are ratings calculated?
To calculate the overall star rating and percentage breakdown by star, we don’t use a simple average. Instead, our system considers things like how recent a review is and if the reviewer bought the item on Amazon. It also analyses reviews to verify trustworthiness.

Ms. Erica Wildwood
5.0 out of 5 stars A gentle gem
Reviewed in the United Kingdom on 20 December 2017
Verified Purchase
Some reviewers labour under the misapprehension that this was written 'many decades ago' or was an 'early' or even a first novel. It was in fact Mary Stewart's last book, written when she was 81 (it's all there in the blurb). No, it doesn't have the breathless action and suspense and romance of the earlier books; it is a work of great maturity, gentle yet deep. I get the feeling she drew quite hevily on her own life as a young woman. As always, it's beautifully written. Gorgeous.
Read more
8 people found this helpful
Report abuse

Jo D'Arcy
4.0 out of 5 stars Cosy, Simple and Gentle
Reviewed in the United Kingdom on 4 October 2014
Verified Purchase
This I think is not what you normally expect from Mary Stewart, there is not much of the 'other worldly' element to it, nor is it anyway a runaway suspenseful mystery. It is simply a story of Rose Cottage and it's inhabitants as well as the estate where it is located and the village where it all happens.

Kate, returns to Rose Cottage at her grandmother's behest to retrieve family papers and small treasures before the cottage is renovated and reused as part of the estate's future. Kate remembers living their with her mother and grandmother and it being a happy home, despite not knowing her father.

When Kate's Great Aunt Betsy moves in the place changes and it is not as rosy as life could be for a small child. Even more so, when her mother runs off with a gipsy and never returns. The only news that she has died in a bus accident some years later.

Back at her childhood cottage with her childhood friends around her, Kate begins the task she set out to do, retrieve the papers but it seems that someone has got there before her.

Despite the cottage being emptied since Kate's grandmother left, it appears to have been occupied somehow. There have been lights seen. The garden has been dug in places. And a mysterious figure or two has been spotted.

It all seems rather strange and ghostly, but this does not stop Kate facing these ghosts and staying at Rose Cottage to see her task through to the end. Kate finds out a lot about her family through the secrets that Rose Cottage seems to be holding and along with the premonitions from the local witch, and some interfering village gossips, it seems that perhaps it is not all that mysterious and very straightforward.

This was a nice gentle novel. It reflected the lies that are told within families, to either protect them from the past or even the future. Mary Stewart creates an atmosphere with her novels but describing the landscape in detail as well as the life of a little village, where despite a war and a marriage Kate seems to be still known to many. Especially a local lad who she grew up with, but has never ventured very far from his home.

An ideal novel, for a cosy afternoon and if in a cottage then even better.
Read more
2 people found this helpful
Report abuse

Amazon Customer
5.0 out of 5 stars Another smasher from Mary Stewart.
Reviewed in the United Kingdom on 5 January 2021
Verified Purchase
Not her usual type of novel. it's not a thriller with the heroine under threat and people who aren't what they seem to be but having said that it is a great piece of escapism. Beautifully written with believable characters and an almost gentle storyline, it was a joy to read.
Read more
Report abuse

CatsAndBooks
3.0 out of 5 stars Boring - unlike the author's other books
Reviewed in the United Kingdom on 3 March 2019
Verified Purchase
Having read (and enjoyed) almost all the author's other books, I was delighted to discover that there was one I hadn't red yet. Alas... it's so boring. Chapter after chapter of happy memories and kind people, no action, no suspense, nothing to grab my interest. I read half the book with increasing frustration, then gave up.
Read more
Report abuse

Amazon Customer
4.0 out of 5 stars Rose Cottage
Reviewed in the United Kingdom on 31 December 2019
Verified Purchase
As a long time fan of Mary Stewart, its lovely to find her books are available in Kindle. Nice easy holiday reading!
Read more
Report abuse
See all reviews
Back to top
Get to Know Us
Make Money with Us
Let Us Help You
And don't forget:
© 1996-2021, Amazon.com, Inc. or its affiliates