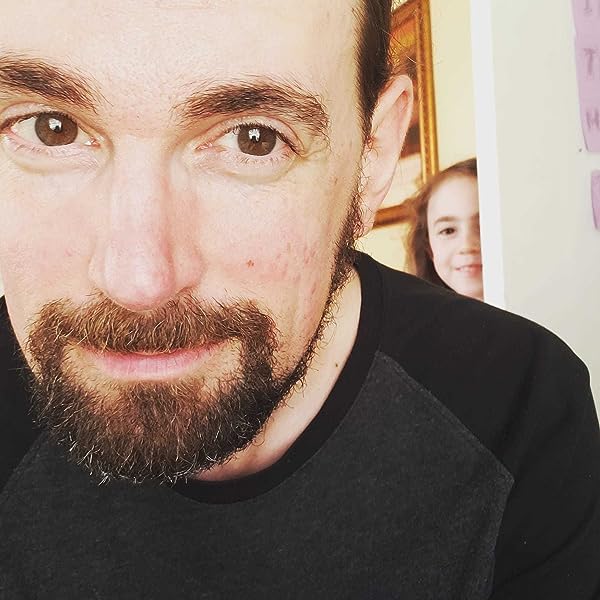 Start reading Root: A Novella on your Kindle in under a minute.

Lloyd Matthew Thompson was raised in a strict religious household, the oldest of nine children. He has since explored, experienced, and been shaped by many other pathways, including Buddhism, Shamanism, Paganism, and New Age. Whether writing, painting, drawing or teaching, reflections of all these can be found in his work. He has written for various metaphysical and holistic blogs and magazines, both locally and globally. He is the author of THE GALAXY HEALER'S GUIDE, and is presently working on a fiction series based on the chakras entitled The Energy Anthology-- of which the first three books, ROOT, SACRAL and SOLAR are now available-- and his next nonfiction work, entitled LIGHTWORKER: A CALL TO AUTHENTICITY. His future plans include many other stories, nonfiction, and a series based on the Tarot. Lloyd currently lives in Oklahoma City, Oklahoma, with his wife, triplets, daughter who thinks she is a cat, and cat who thinks she is a daughter.

Jemmie
5.0 out of 5 stars Unique!
Reviewed in the United States on 28 February 2013
Verified Purchase
What a refreshing read! I didn't quite know what I was getting when I chose to download this particular story, but it was certainly worth my while! It is the second story I've read from this author and he is quickly becoming a favorite. This story is all about how culturally, history seems to repeat itself in an extremely predictable, cyclical fashion... no matter how advanced or primitave another sect of the population may seem. It almost felt like I was reading a legend... and I love a good legend!
Read more
One person found this helpful
Report abuse

TW
5.0 out of 5 stars Do you have Roots?
Reviewed in the United States on 5 February 2013
Verified Purchase
This is a great book that helps us all realize that we all need Root in our lives to be able to carry on and be who we were born to be. Lloyd knows how to draw the reader in and keep the interest going. I look forward to all the books in this anthology.
Read more
Report abuse

DEhmann
5.0 out of 5 stars love it!
Reviewed in the United States on 14 September 2013
Verified Purchase
I couldn't put it down! Riveted to the end. This is his 2nd book I have read. Looking forward to more.
Read more
Report abuse

Desda Powell
5.0 out of 5 stars Tell me a Story
Reviewed in the United States on 15 February 2013
Verified Purchase
I really enjoyed Root, the first in the Energy Anthology series. It has two of my favorite subjects, Shamanism, and Star Knowledge, included in the story line. Learning new concepts through story telling is, by far, the best method for me. I already have the next book downloaded. Now to find a quiet spot!
Read more
Report abuse

Amazon Customer
5.0 out of 5 stars Heart Warming!
Reviewed in the United States on 15 April 2013
Verified Purchase
Great and easy read! It gently touches the heart and soul!! The characters are easy to identify with, I recommend this book,enjoy!
Read more
One person found this helpful
Report abuse
See all reviews
Back to top
Get to Know Us
Make Money with Us
Let Us Help You
And don't forget:
© 1996-2021, Amazon.com, Inc. or its affiliates