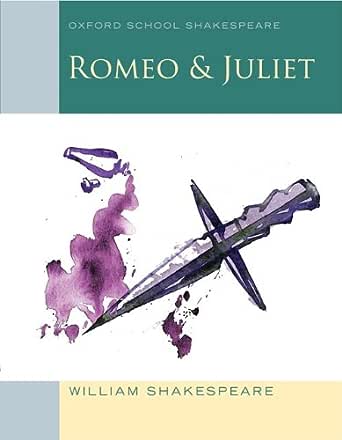 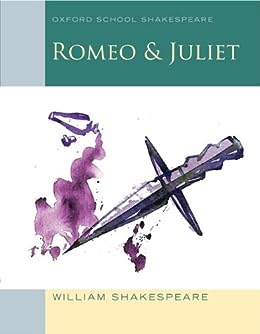 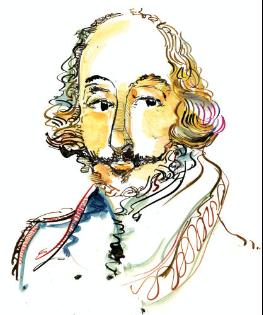 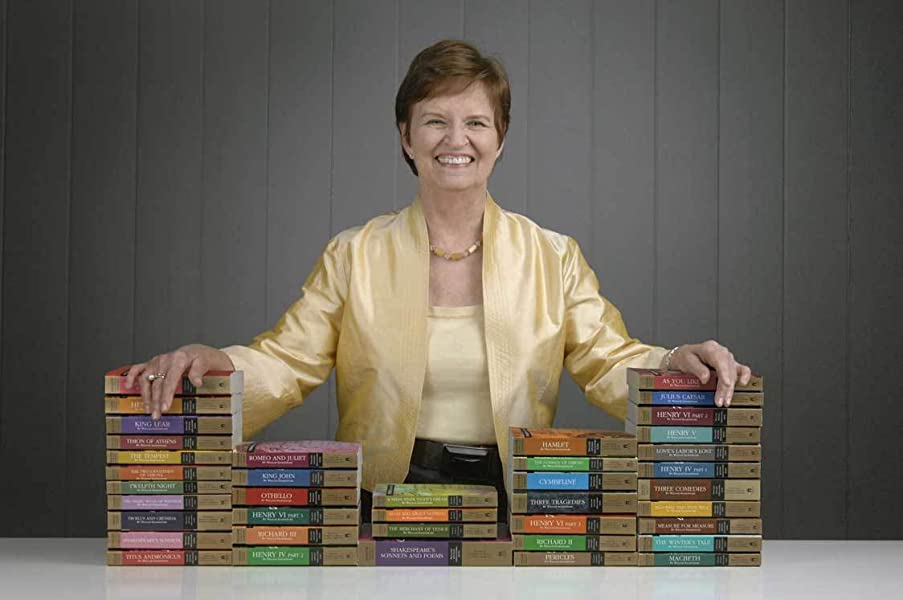 many students will no doubt relish the fullness of Professor Levenson's notes. Indeed, they may often be particularly grateful for the care with which she directs readers to even fuller discussions to be found elsewhere (The Review of English Studies, Vol.52, No.207)

Professor Levenson provides an excellent and often very thought-provoking account of performance history, and many of her most interesting discussions and annotations relate to questions of staging, traditional, unusual, or possible (The Review of English Studies, Vol.52, No.207)

excellent decision to include the whole of the Q1 text as well as Q2 (The Review of English Studies, Vol.52, No.207)

Republished in a form suitable for students and general readers alike.
See all Product description
click to open popover

Rod Baxter
TOP 500 REVIEWER
4.0 out of 5 stars Death is Permanent.
5 November 2014
Format: Kindle EditionVerified Purchase
I never thought that I would ever get round to reading any Shakespeare. I always thought that it was to high brow or stuffy. Hey I was wrong. Romeo and Juliet is a darn fine read and once you get into the rhythm it is damn fun.
Read more
Helpful
Comment Report abuse

E. A. Solinas
TOP 50 REVIEWER
5.0 out of 5 stars A pair of star-cross'd lovers take their life
15 January 2015
Format: Kindle Edition
Two teenagers from rival families fall in love, marry secretly, and take their own lives rather than live without each other. Despite the teenage melodrama, "Romeo and Juliet" remains one of Shakespeare's most enduring and popular plays, even if it wasn't his best -- lots of death, teen lovers and enchanting dialogue.

In the city of Verona, the Montagues and Capulets are locked in a deadly feud. Then a Montague teen named Romeo, infatuated with a Capulet girl named Rosaline, sneaks into a party to see her.... but instead encounters another Capulet girl named Juliet, and the two immediately fall in love. Since their families hate each other, their love must be expressed in secret.

Hoping to unite the two families, the kindly priest Friar Lawrence assists the two in marrying in secret. But then Juliet's cousin Tybalt challenges Romeo to a duel, leading to the death of two men -- and Romeo's exile from Verona. Even worse, the Capulets have decided to marry Juliet to Count Paris -- leading to a desperate plan that goes horribly awry.

This edition also has Jacqueline Ritten's "Juliet's Story: A Retelling of Shakespeare's Romeo and Juliet," a rather nice if excessively "teenagerish" short story that tells of Juliet's memories and inner thoughts.

"Romeo and Juliet" is a play that is hard to pin down -- some see it as the poetry-laden embodiment of romantic love, while others view it as Shakespeare's witty jabs at fickle teenage infatuation and how melodramatic the kids are (Juliet is only thirteen!). But whatever you think it is, it's undeniable that it's a beautifully written, often-wrenching story.

Despite the simplicity of the story, Shakespeare spins it in a silken web of lush poetry ("O swear not by the moon, the inconstant moon/That monthly changes in her circled orb") and the famous speeches where Romeo and Juliet speak at night on a balcony. The mostly romantic play takes a dark turn towards the end, when only a few minutes might have changed the fates of "Juliet and her Romeo."

And Shakespeare seems rather fond of his characters here, depicting Romeo as a passionate young boy and Juliet as rather sweetly insecure young girl; there's also a fairly good cast of young men whose spirits are more elevated than their brains, and the kindly friar who rather naively hopes to use the kids to create peace.

But Shakespeare was also clearly aware that passionate teenage love is not necessarily the truest love ("Young men's love then lies/Not truly in their hearts, but in their eyes"), and leaves you wondering what might have happened if Romeo and Juliet had lived.

Whether a gentle mockery of young love or a passionate, idealized romance, "Romeo and Juliet" is a timeless and lovely little play. Not the best of the Bard, but still quite good.

Erika
4.0 out of 5 stars Good, But...
27 January 2019 - Published on Amazon.com
Verified Purchase
I really love this book. It made understanding a lot easier for my students. ~BUT~ I will say that some parts are a little much. It seems the translator looks for the most vulgar way to word some of Shakespeare's crude jokes (Shakespeare is crude, to be sure--and some of it is quite funny. However, sometimes the translator goes too far the other way). Plus, there were parts that weren't necessarily as sexual in the original as it was presented in the translated version (like scenes that were purposely left ambiguous so that it might have been interpreted in more than one way). This actually took away from the cleverness and thoughtfulness of some of Shakespeare's jokes.

Because of this, I had to pre-read all the scenes to choose which scenes we read in this book, and which ones we read from the original text (from the textbook, where students couldn't read the translation). I did find, however, that the classes that used BOTH original and translated readings for the unit had an easier time understanding the original text when challenged to do so (likely because they didn't feel as overwhelmed from days of old text).

This is a very useful tool for the classroom. Both versions are important--and, truthfully, some of my students preferred the original text, and some preferred the new text, so switching between the two for certain scenes was a great exercise.
Read more
17 people found this helpful

Reinold F.
5.0 out of 5 stars Simply amazing. (AmazonClassics Edition)
16 July 2019 - Published on Amazon.com
Verified Purchase
Film, comic TV series adaptations multiply the story of Romeo and Juliet. I have enjoyed many of its mirrors as the version with Leonardo DiCaprio in Miami, the kung fu version with Jet Li, the black and white classic with Cantinflas ("London! I mean... Paris!"xD), or Juleo and Rumiet by Chespirito, among many others. But just now I dared to read the original and it was jaw-dropping...

Shakespeare is invisible. He creates a world where he is not seen and all is doomed to fit or crash by its own accord. The first scenes indirectly set the following drama. In a world where Romeo and Juliet are not meant to be, they violently and inevitably fall in love with each other. There is Rosaline, whom Romeo loved with juvenile passion to her idealized shape. She is there and she is not there to make a contrast with the feelings toward Juliet. Juliet for her part has to clad her tears of love with the disguise of mourning for her cousin Tybalt; she utters words of revenge against Romeo because the world is against her love. Similar to the end of Don Quixote, when he awakes from madness to the tiredness of reality, Romeo also, at his end, has no romance but solitary longing; one that awakes him into a conscious lucidity of his "world-weary flesh" of man. The moment in which he is alone with himself after losing everything at hands of death... is not Hamlet that descends into madness, is Romeo that now seems to understand everything. Rather than romance Romeo and Juliet is about the struggle of small humanity against destiny, to do anything despite to have the whole universe plotting against you. As so this story is a triumph.

Borges said that secretly the national book of Englishmen is the bible, not Shakespeare's works; and that Shakespeare's works was secretly the national book of Germany, not Goethe's works. I love so much the diverse authors of the United Kingdom, especially those at the end of 19th century and beginning of 20th century. But I have to concord that Shakespeare seems different. Clearly universal, not for the location of his plays, but because the human nature is common to each man and woman; a quality that Romanticism, in its insistence for exotic objects to clad the fellow citizens instead to get to to the heart of the exotic cultures, failed to accomplish (although in fairness perhaps that wasn't its goal). Maybe indeed Shakespeare is more akin to the Germanic and Nordic old sagas, those that have a wise understanding of men and women, with characters that deeply say far more in their actions or in subtle words.

About the AmazonClassics Edition it has a minimal of X-Ray to indicate the allegiance of each character to the Capulet or Montague families. Beyond that there are not footnotes nor prologues; and I am happy for that because Shakespeare is better discovered without intermediaries.
Read more
4 people found this helpful

Melissa B. Holt
1.0 out of 5 stars NOT A COMPLETE AUDIBLE BOOK
27 October 2018 - Published on Amazon.com
Verified Purchase
I bought this audiobook for my son to listen to at bedtime because he needs it for his 9th grade English class. Unfortunately I did not look at the length because it was farther down just above the comments but looked that is was unabridged with nothing being mentioned with the title and reader area that it was only 15 minutes long. I thougth it was the full edition of the book but is was not. It only has 15 minutes of portions of the book. DO NOT BUY if you are expecting a full edition.
Read more
8 people found this helpful

Shay
5.0 out of 5 stars Perfect especially for teaching
28 October 2018 - Published on Amazon.com
Verified Purchase
I purchased this as a HS English teacher. I searched the web for an audio version that I loved which proved to be fairly difficult; it must be my immense attachment to R + J and the need to get it just right. I stumbled upon this version and immediately had goosebumps. The rendition is beautiful, the readers really let the characters jump off the page and allow for the listener to have more understand of what’s going on.
Read more
6 people found this helpful

Aran Joseph Canes
5.0 out of 5 stars Introducing the Young to Shakespeare
30 September 2019 - Published on Amazon.com
Verified Purchase
My world civilization teacher had my class read Romeo and Juliet when I was fifteen years old. At the time, the words seemed archaic and the plot melodramatic making it more of a chore than an encounter with great literature.

But, youthful obtuseness aside, Romeo and Juliet is the ideal text to introduce Shakespeare. While it may not have the pathos of Hamlet it does contain the wordplay and witticisms for which Shakespeare is well known.

It’s topics—teenage love and honor—are probably more resonant now than they were in Shakespeare’s day. Romeo and Juliet then has a narrative to hook teenagers in as well as being an example of Shakespeare’s finest craftsmanship.

Maybe my high school English teacher knew more than I thought about an appropriate curriculum.
Read more
One person found this helpful
Go to Amazon.com to see all 1,390 reviews 4.5 out of 5 stars
Get FREE delivery with Amazon Prime
Prime members enjoy FREE Delivery and exclusive access to movies, TV shows, music, Kindle e-books, Twitch Prime, and more.
> Get Started
Back to top
Get to Know Us
Make Money with Us
Let Us Help You
And don't forget:
© 1996-2020, Amazon.com, Inc. or its affiliates