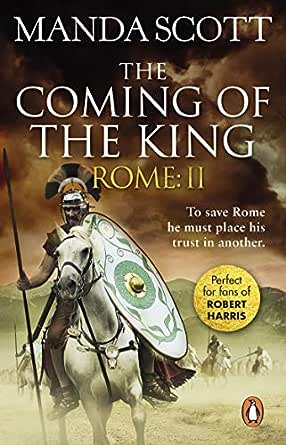 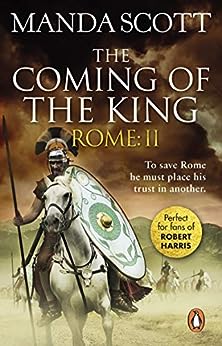 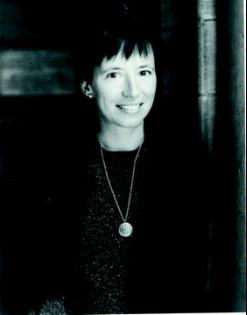 Rome: The Coming of the King (Rome 2): A compelling and gripping historical adventure that will keep you turning page after page Kindle Edition

One man battles to save his kingdom as violent unrest threatens Rome's empire. The new historical adventure in M.C. Scott's Rome series. --This text refers to an out of print or unavailable edition of this title.

AD 65: Sebastos Pantera, spy to the Emperor Nero, has undertaken a mission of the highest possible risk. Hunting often alone, with few he can trust, he must find the most dangerous man in Rome's empire, and bring him to bloody justice.

Against him is Saulos. Consumed by private enmities and false beliefs, Saulos is pledged to bring about the destruction of an entire Roman province. Brilliantly clever, utterly ruthless, he cares only for his vision of total victory - and not for the death and devastation such a campaign would bring.

Between them is the huntress Ikshara. Beautiful and deadly, she must decide who to support if she is to avenge her father's death.

Fought inside the palace of a Royal city and within the rocky fastness of a desert fortress, this will be a bloody conflict between two men who have everything to gain - and a kingdom to lose...

VIOLENT UNREST SIMMERS ON THE FURTHEST EDGES OF ROME'S EMPIRE, AS ONE MAN BATTLES TO SAVE HIS KINGDOM.

Religious and political tensions, passion and intrigue, superb action sequences and real and imagined characters are seamlessly woven together to create a fascinating and exciting story on a truly epic scale ― Guardian

A dramatic new version of the past...grippingly sustained ― Independent

Rome: The Coming of the King is an intricately woven, cleverly plotted and exceedingly well-written book. Miss it at your peril!

From the deserts and the people who roam them, to the cities and the kings who rule them, MC Scott deftly recreates the dangerous world of a country dominated by Rome. Superbly written and immaculately researched, Rome: The Coming of the King left me desperate to know what happens next!

Stunningly good. Rome: The Coming of the King gives the reader the extraordinary sense of living within another time and place - smelling its smells, tasting its tastes, thinking its thoughts and dreaming its dreams … A quite exceptional historical novel --This text refers to an out of print or unavailable edition of this title.

Over the past two decades Manda Scott has brought iconic historical figures back to life, reimagined and re-booted for the twenty-first century. Her crime novels have been shortlisted for many awards including Hen's Teeth for the Orange Prize and No Good Deed for an Edgar Award. Her work has been translated into over twenty languages.

JPS
4.0 out of 5 stars Interesting and original
Reviewed in the United Kingdom on 26 September 2011
Verified Purchase
The topic itself - the beginnings of the Jewish revolt - is somewhat original and interesting. The way the author lays it out is even more so, with Saulos (our St Paul, but here portrayed as the arch-villain, something of an Ancient times anarchist!) stirring up trouble in a rather compulsive way. Manda Scott's research is excellent, whatever you might think about her interpretations about early Christians, with Jesus equated to Judas and portrayed as the chief of a terrorist sect. One point that does come across clearly is that, in the eyes of many Roman officials at least, the Jewish factions were troublemakers breaking the Roman peace or even what we might call "terrorists" today. This was also the point of view of Herod and his successors who were also seen as usurpers (they weren't even of Jewish descent) and collaborators by their suibjects, having accepted Roman rule (although there is probably little they could have to oppose it openly).

The characters are, as usual, interesting and well presented. I do have three (somewhat minor) issues, however.

One is about Pantera siding with Menachem and attacking the fortress of Massada, garrisoned by an eline cohort of Roman legionaries, so that the Jews can get their hands on arms and armour. A Roman, secret agent of the Emperor, seems a bit unlikely to go that far. Is this even plausible?

The other is that they in fact manage to storm the fortress, against all odds, including numbers (about 100 lightly armed sicaires against a cohort of 500 heavily armed and elite legionaries). This does not seem very plausible either and a bit more explanations here might have been necessary as to whether something like this really happening. My last issue is the ease with which Ikshara changes sides. I won't say more because I don't want to spoil the plot for anyone.

Well worth reading and I'll certainly buy the next installment. Four stars for me, given my little issues.

Mark Lupton-Emsley
4.0 out of 5 stars M.C.Scott does it again!
Reviewed in the United Kingdom on 17 January 2021
Verified Purchase
Well I started it and then lost the book and I also lost a very sentimental bookmark I'd had for years! (That hurt more!)
So I 're-ordered it from Amazon and thoroughly enjoyed it but it's not as good as The Leopards first outing!
Ready to read the third book now!!
Read more
Report abuse

Mrs. S.
5.0 out of 5 stars Good value for money.
Reviewed in the United Kingdom on 22 June 2020
Verified Purchase
Bought as a gift. The person who received it as a gift. LOVED IT. Also nice in hardback form too.
Read more
Report abuse

Mogy
5.0 out of 5 stars As described
Reviewed in the United Kingdom on 28 June 2020
Verified Purchase
As described
Read more
Report abuse

big col
4.0 out of 5 stars Interesting read
Reviewed in the United Kingdom on 4 July 2019
Verified Purchase
To read
Read more
Report abuse
See all reviews
Back to top
Get to Know Us
Make Money with Us
Let Us Help You
And don't forget:
© 1996-2021, Amazon.com, Inc. or its affiliates