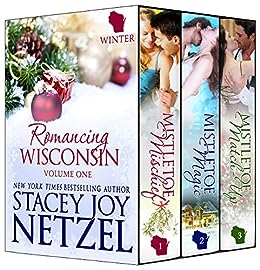 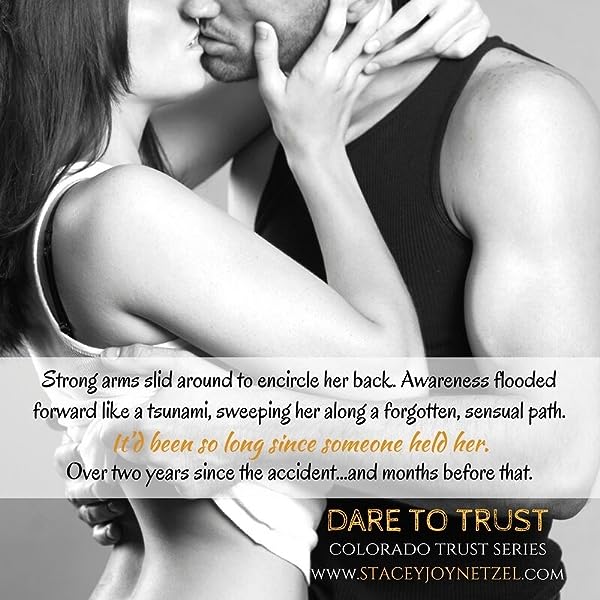 by Stacey Joy Netzel (Author) Format: Kindle Edition
See all formats and editions
Sorry, there was a problem loading this page. Try again.

MISTLETOE MISCHIEF: Christmas in July at the zoo is the last place single parents Eric Riley and Marissa Wilder expect to find love. Thanks to some mistletoe mischief in the form of their two young daughters and Santa, they discover mistletoe rules were not made to be broken.

MISTLETOE MAGIC: Major Mark Riley plays Court Jester to Janelle Walsh's Snow Queen at the Christmas Parade and is instantly captivated by the cute redhead whose grandpa just happens to be Santa. When Mark learns she's the tenant he evicted from his newly purchased property, it's going to take a little bit of Santa's mistletoe magic to save their romance.

MISTLETOE MATCH-UP: When Lisa Riley comes home for her brother Mark's Christmas Eve wedding, her high school rivalry with his wife Janelle's cousin, Derek Walsh, picks up right where it left off, only this time Derek has the upper hand. Santa bides his time as they battle it out because he's waited a whole year for this mistletoe match-up.

“Why is a beautiful girl like you sitting all alone under the mistletoe?”

Sue startled at the deep voice from directly in front of her. She jerked her attention up—way up—to meet the smiling face of a guy maybe a couple years older than her.

“Alone?” he clarified, his eyebrows drawing together in a slight frown.

No, beautiful. Pretty maybe, but beautiful is pushing it.

Out loud she replied, “Sitting under mistletoe.”

His gaze rose to a point above her head, and in the dim light, she tried to decipher if his eyes were light blue or gray.

Sue twisted in her seat to look. Nothing—oh, wait, painted on the paper banner taped to the wall was a bundle of leaves that might pass for mistletoe. Her heart lurched for a moment, but she ignored the sensation and faced the guy again.

“All in the eye of the beholder.”

Tall, dark, and handsome immediately came to her mind’s eye looking at him. Unlike most of the other guys in their corduroy pants and wide-collared shirts, his black boots, faded jeans, and gray turtleneck sweater completed the attractive package before her.

He studied her for a moment. “So true.”

“Well, I don’t believe it is mistletoe.”

Feeling at a distinct disadvantage with him towering over her, Sue twisted her fingers in her gauzy, flower-print skirt. Standing seemed the obvious solution, but if she stood, they’d be much too close, and his self-assured stance warned her he wouldn’t back down.

“You know what they say about mistletoe, don’t you?” he asked.

He grinned, revealing white teeth and a very cute set of dimples. “It’s bad luck to refuse a kiss.”

“Good thing it’s not mistletoe, then.”

“You really want to take that chance?”
~~
To everything there is a season...

Love finds a way during the four seasons in the Romancing Wisconsin Series. Starting with Christmas/Winter, then moving on to the rest of the seasons, check out this bestselling, heartwarming series set in small town Wisconsin, where hope springs eternal for each happily ever after. Sexy military heroes, runaway brides, surprise babies, single parents—meet the Rileys, the Walshes, and best of all, Butch...a.k.a. Santa Butch. The mischievous matchmaker makes a cameo in each story—adding a touch of magic to the lives of everyone he loves, and even those he's just met.

Each Season will get a bonus story - sign up for Stacey Joy Netzel's newsletter at her website to receive them for FREE when they're released!
Read more
Previous page
Next page

New York Times and USA Today bestselling author Stacey Joy Netzel writes steamy romantic suspense and small town contemporary romance. You will always get the promised Happily Ever After in her books, but the journey to get there is going to one heck of a romantic adventure with sexy, rugged heroes, and strong, resilient heroines. Colorado, Wisconsin, and Italy are favorite settings for her Romancing Wisconsin Series, Italy Intrigue Series, Welcome to Redemption Series, and Colorado Trust Series. A three time winner of Wisconsin Romance Writers’ Write Touch Readers Award, she lives in N.E. Wisconsin with her family, a horse, and some cats (number varies, since they seem to just show up outside and stay).

Visit STACEYJOYNETZEL.COM to sign up for her newsletter. Receive new release updates, exclusive excerpts and contests, and bonus short stories to go along with her Romancing Wisconsin series.

4.4 out of 5 stars
4.4 out of 5
127 global ratings
How are ratings calculated?
To calculate the overall star rating and percentage breakdown by star, we don’t use a simple average. Instead, our system considers things like how recent a review is and if the reviewer bought the item on Amazon. It also analyses reviews to verify trustworthiness.

Romance Reader
4.0 out of 5 stars Four Christmas Stories
Reviewed in the United Kingdom on 15 December 2017
Verified Purchase
This is the first time I’ve read Stacey Joy Netzel’s work. It is four Christmas romance stories about the Rileys: 2 brothers, 1 sister & their parents. It was a quick & easy read, very enjoyable, with very few typos.

Mistletoe Mischief: Single parent, Marissa accompanies her daughter Heather on a last minute school trip to the zoo, which is celebrating “Christmas in July”. She is attracted to her daughter’s best friend, Reece’s father, but is not impressed with him for turning up late, thinking he is a typical father who is unreliable, undependable & uninterested in his daughter’s life. Eric thinks Marissa’s daft for wearing high heels on a trip, especially when she hurts her ankle. With a little help from Santa, Eric makes his move under the mistletoe...

This was my favourite story out of the four, although Eric & Marissa get together in the course of one day. It was nice, sweet & clean. I loved the two girls.

Mistletoe Magic: Eric’s older brother, Mark’s initial meeting with Janelle Walsh is not good: he frightens her ponies, nearly hurting her in the process. However the two of them can’t help the attraction between them. What happens when he inadvertently has her evicted, & her animal rescue centre closed down?

This is another story that involves Santa & mistletoe. Although I did like the two main characters, I felt it went too quickly: they barely spoke to each other when Mark moved in, yet she suddenly forgave him & realised that she was in love.This story contains one love scene.

Mistletoe Match-Up: Lisa comes home to attend her brother, Mark’s wedding. However she sets off on the wrong foot with the bride’s cousin, Derek, who is furious Lisa is trying to upstage Janelle. Lisa and Derek had a rivalry going all through high school, & it seems they pick up things where they left off. However, this time round the two of them are attracted to each other, although Lisa needs to face some demons.

I didn’t enjoy this story as the previous ones. The two main characters acted on their attractions & had sex with each other or used their sexual attraction to distract the other. Lisa was supposed to be strong & successful, but came across as unsure of herself.

Mistletoe Rules: This is where the “mistletoe rules that have featured in books 1-3 began. Ben & Sue meet at a party, but she’s engaged so Ben backs off. When Sue breaks off with her fiancé, having caught him with another woman, she goes in search of Ben, whom she barely knows (having only spent two hours together after he gave her a ride home.)

This was a nice backstory, but the initial meeting/ conversation between Ben & Sue was very similar to Eric & Marissa’s, & I was a little confused.

j dobinson
5.0 out of 5 stars Excellent
Reviewed in the United Kingdom on 18 November 2020
Verified Purchase
I enjoyed all the books in this box set they followed on quite nicely from each other I would recommend them
Read more
Report abuse

Wendy brooks
5.0 out of 5 stars fabulous
Reviewed in the United Kingdom on 19 September 2013
Verified Purchase
Once again this author certainly knows how to bring to life the story and keep her Audience captivated, with this great set of books
Read more
Report abuse
See all reviews
Back to top
Get to Know Us
Make Money with Us
Let Us Help You
And don't forget:
© 1996-2021, Amazon.com, Inc. or its affiliates