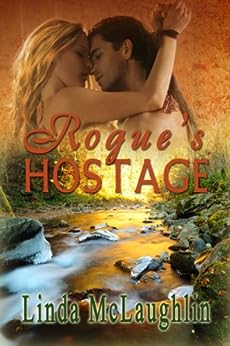 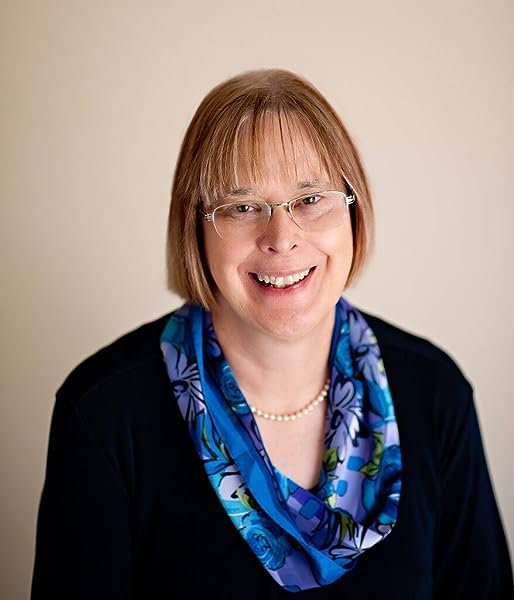 Sea Laughing
4.0 out of 5 stars A Goldilocks Book: Not Too Hot, Not Too Cold, Not Too...Anything
Reviewed in the United States on 9 May 2013
Verified Purchase
I hated to bring down the perfect five star review this book had, but I also have to be honest. This book was technically well-written and very well researched, but I felt it had a couple of flaws so I gave it four stars instead of a perfect rating. I'd really consider it a 3.5, but it too well written for me to consider it a three, so I rounded it up to four.

It seemed like the author either wanted to put a little of everything into the book, or she just couldn't decide exactly what it was she wanted to write, but I couldn't figure out which one it was. That's why I ended up describing it as a "Goldilocks" book, though in this case, it didn't quite work out 'just right.'

The heroine's situation was initially tense enough to keep me involved, but the plot meandered. Part of the problem was the lack of a clear cut villain for the hero and heroine to strive against, resulting in no strong goal or motivation to move the plot. All the characters were a bit too nice and likeable; the closest thing to an antagonist was the hero's brother, but once he made his appearance, he turned out to be a nice guy, too. This overdose of sweetness robbed the story of true conflict, which is the one element that makes a plot truly riveting. It's like this book sort of fell between the cracks: the plot wandered too much to call this book 'plot driven' but the characters didn't have enough depth to call it 'character driven.'

The main thing that didn't ring true was the heroine's near death experience. It just seemed like the story suddenly took a left turn from historical to paranormal without warning, and the predictions made by the heroine's angelic mother stole much of the suspense. The whole point of any story is to make it seem impossible for the hero and heroine to have a happy ending; they must overcome grave obstacles and suffer in order to EARN their 'Happy Ever After.' But as soon the reader reaches this part of the book, the promises to the heroine by supernatural beings assures the reader that everything will turn out fine. I almost didn't see any point in finishing it after that, since the ending had essentially been revealed three quarters through the book.

The bedroom scenes were also a little flat, beyond 'sweet' but falling short of 'hot'. I just went back to reread the first time they make love, and I think the problem is that the characters spend so much time either talking or thinking during the love scenes that it's hard to believe they're really all that carried away by passion. Though the author informs the reader that they're feeling this 'searing need', that's not what she's depicting. The part where they're undressing is overly detailed, but when they actually engage, details suddenly becomes vague. It seems as if the author wants to write a hot love scene but doesn't really feel comfortable doing so, and the resulting ambiguity causes those scenes to fizzle rather than sizzle.

As far as the writing itself went, the author's technical skills were above par, though there were a few issues with the ebook editing. The research was in-depth, and gave the reader a true sense of the historical period. The author also made the heroine's emotional change throughout the book seem plausible. I'd recommend this book to anyone who loves historical romance but doesn't feel comfortable with too much sex--though there's just enough detail in the love scenes that I wouldn't recommend this book to anyone looking for a sweet romance.

It's a nice book, and fans of historical novels will enjoy the spot-on period detail, but it's more of a Sunday-drive-in-the-country sort of book than a roller-coaster-edge-of-your-seat experience. I enjoyed it well enough, but it's not the kind of book I'd keep on my bookshelf to read again.
Read more
2 people found this helpful
Report abuse

Greta
5.0 out of 5 stars Do you love historical romance in the wilds of colonial America?
Reviewed in the United States on 10 March 2013
Verified Purchase
Rogue's Hostage brilliantly conveys what it is like for the heroine Mara to be living on the uncharted frontier in colonial Pennsylvania. Then. once she is taken captive, she is dragged through the wilderness. There is no safe haven for her. The only traces of civilization belong to her enemy. Her captor Jacques wants her, even displays some affection towards her in unguarded or vulnerable moments, but how can she trust him? He is her captor. But as she begins to care for him, things just get more intensely complicated. Her life, her "new normal" becomes life in captivity. What should she hope for? The defeat of her enemy - an enemy whose people she learning to know? Or if she wishes for the safety of those around her, doesn't that involve the defeat of her side in the war - the side her own brother is fighting for? This novel is richly historic as the compelling romance unfolds. The amazing cover says it all - sexy, historic, wild. Yes!
Read more
5 people found this helpful
Report abuse

B. Lamping
5.0 out of 5 stars Rogue,s Hostage by Linda Mc Laughlin
Reviewed in the United States on 30 June 2014
Verified Purchase
5 stars This tale of the French and indian war set in Canada is true to the history of the period. The hero not wanting to engage in the savage brutality of the Indians rescues the French/Swiss wife of a slaughtered farmer. However he becomes smitten and feeling responsible for her her keeps her safe until she falls in love with him and their love blossoms . This book is filled with lots of page turning action. You will truly enjoy this book.
Read more
Report abuse

Mary K.
5.0 out of 5 stars Great Historical Romance
Reviewed in the United States on 8 April 2013
Verified Purchase
A few years ago I visited the historical site of Fort Duquesne in Pittsburgh, but I so wish I had read this book first! Rogue's Hostage is an intriguing historical romance that brings to life events from the French and Indian War that preceded the American Revolution. Author Linda McLaughlin has created compelling, well-motivated characters and a riveting story that I found hard to put down.
Read more
Report abuse

Amazon Customer
5.0 out of 5 stars Five Stars
Reviewed in the United States on 10 July 2017
Verified Purchase
A very apt writer who does a great job with the story line. Enjoyed!!
Read more
Report abuse
See all reviews
Back to top
Get to Know Us
Make Money with Us
Let Us Help You
And don't forget:
© 1996-2021, Amazon.com, Inc. or its affiliates