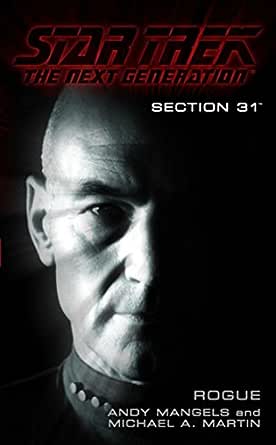 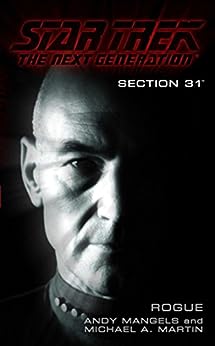 Michael A. Martin’s solo short fiction has appeared in The Magazine of Fantasy & Science Fiction. He has also coauthored (with Andy Mangels) several Star Trek comics for Marvel and Wildstorm and numerous Star Trek novels and eBooks, including the USA Today bestseller Titan: Book One: Taking Wing; Titan: Book Two: The Red King; the Sy Fy Genre Award-winning Star Trek: Worlds of Deep Space 9 Book Two: Trill -- Unjoined; Star Trek: The Lost Era 2298―The Sundered; Star Trek: Deep Space 9 Mission: Gamma: Vol. Three: Cathedral; Star Trek: The Next Generation: Section 31―Rogue; Star Trek: Starfleet Corps of Engineers #30 and #31 ("Ishtar Rising" Books 1 and 2); stories in the Prophecy and Change, Tales of the Dominion War, and Tales from the Captain's Table anthologies; and three novels based on the Roswell television series. His most recent novels include Enterprise: The Romulan War and Star Trek Online: The Needs of the Many. His work has also been published by Atlas Editions (in their Star Trek Universe subscription card series), Star Trek Monthly, Dreamwatch, Grolier Books, Visible Ink Press, The Oregonian, and Gareth Stevens, Inc., for whom he has penned several World Almanac Library of the States nonfiction books for young readers. He lives with his wife, Jenny, and their two sons in Portland, Oregon.

Andy Mangels is the USA TODAY bestselling author and coauthor of over a dozen novels―including Star Trek and Roswell books―all cowritten with Michael A. Martin. Flying solo, he is the bestselling author of several nonfiction books, including Star Wars: The Essential Guide to Characters and Animation on DVD: The Ultimate Guide, as well as a significant number of entries for The Superhero Book: The Ultimate Encyclopedia of Comic-Book Icons and Hollywood Heroes as well as for its companion volume, The Supervillain Book. Andy is a national award-winning activist in the Gay community, and has raised thousands of dollars for charities over the years. He lives in Portland, Oregon, with his long-term partner, Don Hood, their dog, Bela, and their chosen son, Paul Smalley. Visit his website at AndyMangels.com. --This text refers to an out of print or unavailable edition of this title.

P. J. Harris
5.0 out of 5 stars Accidental discovery with finding this book
Reviewed in the United States on 25 September 2016
Verified Purchase
One night I was searching for Wikipedia entries for obscure Star Trek characters. I saw that this book referenced Lt Hawk and I was intrigued.

I have to say that I really enjoyed the story overall. I also really enjoyed the realistic and balanced way a Star Trek novel handled a gay officer. It was very tastefully done and was appropriate within the confines of the main story. It's very difficult to find healthy examples of LGBT characters in main stream books especially in the science fiction genre. My compliments to the author.
Read more
4 people found this helpful
Report abuse

Derek Norman
4.0 out of 5 stars Very good read. Interesting story
Reviewed in the United States on 22 January 2020
Verified Purchase
The book was good and the second of the section 31 books I’ve read. I think I was hoping for more of the perspective and organization of section 31. Sometimes the references to other events in the trek verse seem heavy handed and forced and slow the story down. Very true to the characters. Would recommend.
Read more
Report abuse

Major Ken
3.0 out of 5 stars Not quite the intrigue of Section 31
Reviewed in the United States on 17 March 2019
Verified Purchase
Section 31 series always have intriguing stories of shadowy characters or doing what had to be done. This story is short on that level.
While the danger is real the Section 31 connections could have been left out and still had the same results.
Read more
Report abuse

Jorge
4.0 out of 5 stars Good read
Reviewed in the United States on 13 December 2020
Verified Purchase
Always enjoy another story , adventure with the characters I've come to love. Enjoyed the story,found the pace a little ska but it was good reading.
Read more
Report abuse

PJ
5.0 out of 5 stars Engaging story
Reviewed in the United States on 23 October 2013
Verified Purchase
This was a difficult book to put down. The story moved at a tremendous pace that kept me wanting to read more. Other ST novels had made abstract references to the relationship between Keru and Hawk, but this one gave life to that relationship. It was presented in a mature fashion, and was not patronizing or childish. The authors did not spend laborious amounts of time with flashbacks and introspection on the part of the characters as quite a few ST authors do. These guys told the story, and they told it well.
Read more
3 people found this helpful
Report abuse
See all reviews
Get FREE delivery with Amazon Prime
Prime members enjoy FREE Delivery and exclusive access to movies, TV shows, music, Kindle e-books, Twitch Prime, and more.
> Get Started
Back to top
Get to Know Us
Make Money with Us
Let Us Help You
And don't forget:
© 1996-2020, Amazon.com, Inc. or its affiliates