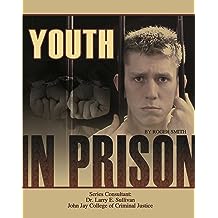 Youth in Prison (Incarceration Issues: Punishment, Reform) 03/02/2015
by Roger Smith
( 1 )
$9.99
The subject of juvenile detention is a major issue for Canadian and U.S. societies, and especially for teens. This book looks at juvenile detention: beginning with the environments that often produce troubled teens, to the legal process of the juvenile courts, to the varieties of detention arrangements and daily life in a juvenile detention facility. The book does not shy away from hard questions: are teen delinquents criminals, victims, or both? Should society punish or rehabilitate? The book offers multiple perspectives on difficult issues, considering both statistics and life stories. Youth in Prison is valuable reading for all concerned with juvenile crime, detention, and the future of troubled young people's lives.
Read more
Other Formats:: Library Binding
includes tax, if applicable 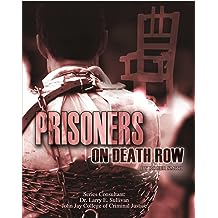 Prisoners on Death Row (Incarceration Issues: Punishment, Reform) 03/02/2015
by Roger Smith
$9.99
Capital punishment is one of the most divisive and emotional debates in the United States today. Both sides claim they are literally fighting for life-either the life of the condemned criminal or the lives of potential victims; and both sides claim to be upholding practices essential for a healthy society. This book presents an engaging and balanced account from a variety of perspectives on this most important issue: trends and statistics are here, but also the personal stories of convicts, victims, law officials, and activists. This book makes for fascinating, challenging, and informative reading.
Read more
includes tax, if applicable 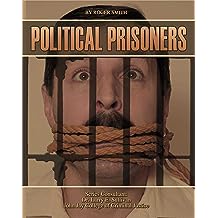 Political Prisoners (Incarceration Issues: Punishment, Reform) 03/02/2015
by Roger Smith
$9.99
As you read this, thousands of men, women, and even children are in prisons around the world, not because they have committed violence, theft, or broken drug laws, but because they spoke against their government. They are political prisoners: in some cases, they did not even intend to cross their nations' leaders-they just happened to get in the way of schemes of which they were not even aware. This book tells many stories of political prisoners, both past and present. Some of them have become leaders in their countries, like Nelson Mandela and Vaclav Havel. Some have "disappeared" and may no longer be alive, like sixteen-year-old Panchen Lama. Many of these political prisoners are people of tremendous courage and inner strength, like Wei Jingsheng, Leyla Zana, and Aung San Suu Kyi. An imprisoned Nobel Peace Prize winner, Aung San Suu Kyi has urged the world, "Please use your liberty to promote ours." The true accounts of political prisoners in this book are both heartrending and inspiring: every informed citizen of our world should know about them.
Read more
Other Formats:: Library Binding
includes tax, if applicable 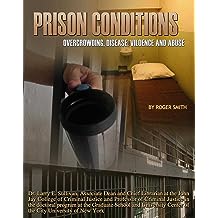 Prison Conditions: Overcrowding, Disease, Violence, And Abuse (Incarceration Issues: Punishment, Reform) 03/02/2015
by Roger Smith
( 1 )
$9.99
Every day, citizens of the United States and Canada see television dramas and movies about criminals and prisons, but the real world of incarceration remains hidden from most people's experience. This book explores the realities of overcrowding, disease, violence, and abuse in penal institutions. It considers multiple perspectives: that of social scientists, victims, prison workers, and the prisoners themselves. This look behind the bars of North America's incarceration facilities is often disturbing, yet it is well documented and thought provoking. Prison Conditions shows the tough realities, offering a well-balanced perspective on some of the most vital issues confronting society today.
Read more
Other Formats:: Library Binding
includes tax, if applicable
Back to top
Get to Know Us
Make Money with Us
Let Us Help You
And don't forget:
© 1996-2021, Amazon.com, Inc. or its affiliates