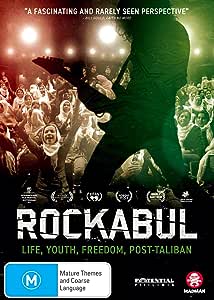 Today, Afghans are one of the largest migrant populations fleeing their country for Europe/the West. Since 2002 the international community has injected more than a trillion dollars into Afghanistan. What went wrong? This film examines the counter insurgency/ culture campaign that the US government [and others] waged. Told through the eyes of Afghan youth, who start the country's first ever heavy metal band and an adventurous Australian, who created a Western style music scene in the capital - Kabul. Will head banging, disenchanted Afghans win the hearts and minds of their peers or will the Taliban come back from the grave?