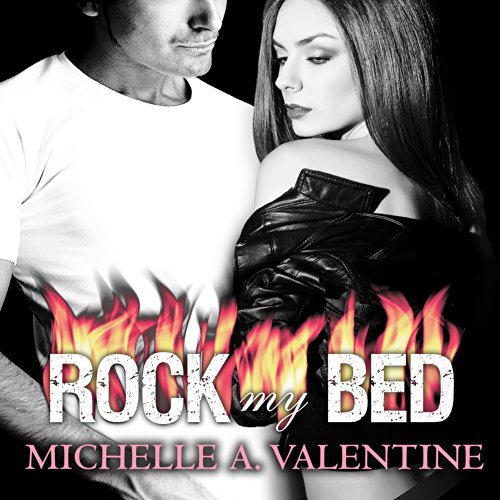 4.5 out of 5 stars
4.5 out of 5
369 global ratings
How are ratings calculated?
To calculate the overall star rating and percentage breakdown by star, we don’t use a simple average. Instead, our system considers things like how recent a review is and if the reviewer bought the item on Amazon. It also analyses reviews to verify trustworthiness.

DonnaC
4.0 out of 5 stars Fab as usual
Reviewed in the United Kingdom on 26 April 2013
Verified Purchase
4 shiny stars!!

Must admit I was a bit nervous going into this one as in the first 2 books I did not like Riff. I thought am I going to be able to read about a character I detest??? Well the answer was yes and yes I did really enjoy his story. In fact, this made his behaviour understandable to a certain degree. It was fab to get his back story and such a sad story it was too. I felt for the poor guy, he is extremely broken, carries a lot of guilt around and believes that he is unlovable, as everyone he loves leaves.

Aubrey was a great character anyway and she just made the book!! We knew all about her anyways so not much more was revealed but the way that she carried herself in this book was great. She does make a few shaky decisions that I could have throttled her for but then as usual, they come to their senses eventually. Why anybody thinks they should end up with somebody safe that they have no physical or emotional attraction to is beyond me, whether they are a bad boy or not love should be the most important.

Riff does not get off scot free either, he also makes some crazy decisions but luckily for him his band mates make him see the light!! The thing that made Riff for me during this book is what he asked Aubrey to call him when they were together..his real name..(sigh!!)..he wanted to make sure that she knew she was with him, not Riff the rocker and that just made him even more endearing, the fact that he needed and wanted the differentiation was super cute!!

The instant messaging and texting between the two of them is super sweet and at points hilarious and adds to their relationship. These two were meant for each other and you felt that coming off the page, Riff was greatly misunderstood in the first two books and I am so glad that we got to see the real Riff in this one.

This book does not carry on from the last but actually from the Las Vegas concert, this is fab as we get some questions answered that were outstanding from the first book. Aubrey's boss in this book is highly irritating and I was so glad he got his just deserts at Noel and Lanie's wedding, couldn't have happened to a nicer man!

So looking forward to the twins story too, we saw them a lot more in this book and they are highly entertaining and extremely interesting...think there could be a lot of fun to be had with these two, especially if Michelle is taking us down a more kinky side with her writing.

Cannot wait for the next instalment!!

Foxylutely Books!
5.0 out of 5 stars Raunchy rocking!!
Reviewed in the United Kingdom on 29 April 2013
Verified Purchase
I absolutely ADORED this book. In fact I will go as far to say this is the best book in the Black Falcons series. This book just blew me away.

This is book 2 in the series (there is a 1.5 but that is still Noel and Lane) and I was a little apprehensive to see it would be about Riff. Not that I didn't like Riff, not at all as he has intrigued me from book 1, but he didn't get the best profile after all that went down with his big fall out with Noel. Oh and his reputation of being a total dirty dawg with the ladies. Yes he came across as the ultimate rep of the bad boy rock star, with his tats and piercings and his freaky Mohawk, he was a total embellishment of that role.

The book starts more or less at the beginning of the series and gives the reader an insight of what was going on around Noel and Lane when their story was being told. It pulled lots of things together for me and gave me a better understanding of some of the things that kicked off.

Riff is the lead guitarist with the Black Falcons and he loves his reputation as a ladies man with his fans. His one night hook ups help to keep his inner feelings protected and he uses his outside persona to keep people away and from getting too close. But then he meets Aubrey the little "Wild Cat"

Aubrey is the BFF of Lane and comes face to face with Riff at the Texas concert where he deems to "award" her with one of his golden tickets. But when Aubrey lets it flutter to the floor he sees the challenge in her that totally fulfils his kink. When he sees her friend request on one of his fan pages the next day it leads to some serious flirty PMs and an eventual hook up when she goes out on the tour at Lane's invite.

From the start I loved these characters, with the flirty banter and the cheeky innuendos you could feel the passion pouring off the pages (well kindle screen) but as much I as liked Riff and Aubrey it was all about Zach and Kitten that got the love factor for me. Yes we find out that Riff's real name is Zach and is the "real" him - a wonderful, lovable, all round good man who has learnt to close his heart and his feelings due to the tragedy of his family in his past. He sees that his "wild cat" who he semi tames to be "Kitten" is the one person who he wants to let in and with whom he can see all the good she brings into his life.

I just fell hard for Zach; I utterly adored him all way through. This book felt a lot more mature than the first book for some reason which gave it more strength for me. But I found it fascinating that I fell this hard for a character that I didn't really care for much in the first. This is all down to the wonderful writing of Michelle A Valentine. She truly is amazing at drawing the reader in and developing the relationship of reader to character so naturally. I found myself wondering how I could ever have not liked Riff/Zach. I even found myself fangirling over Aubrey! No girly angst or hang ups for her!

The best part of this book for me was the" I won't give up" moment of the wonderful Jason Mraz track. This song is so close to my heart that it ingrained Zach and Kitten to me more. A wonderful moment in the book, beautifully done.

I highly recommend this series to anyone, and even though you could read this book as a standalone I strongly suggest you read them all in order otherwise you will not get to witness the beauty of the development of Riff's character. A ten star read for me. Amazing.
Read more
Report abuse

Reader
4.0 out of 5 stars GOOD FOLLOW-UP
Reviewed in the United Kingdom on 1 May 2013
Verified Purchase
Second book in the series follows Riff real name Zach and Aubrey. We met these two characters in the first book in the series Rock The Heart. Aubrey works at the centre stage management. She first meets Riff who is a guitarist in Black Flacon, through her best Friend Lanie who was Noel's highschool sweetheart, and who is now back with Noel the leader of the group.
The story follows Aubrey and Riff's relationship.

Riff is a tattooed bad boy, who has a different woman in his bed every night. The band are always surrounded by willing women eager to bed any of the band. Aubrey is definitely not groupie material and is not impressed with Riff's first approach to her. Intrigued Riff pursues Aubrey, he's not used to being turned down.

I might have given this a higher rating. But the timeline of the story was a bit of a disappointment. As the H/h met in the first book, I thought there might be a prologue recapping that. Then the story proper, would start at Lanie and Noel's wedding. But this story began right back at the beginning of book one. So the reader had to go through all of Noel and Lanie's story again. Yes we got to read in detail Riff and Aubrey's early interactions. But I was disappointed how much Lanie and Noel featured in this. The story surrounding Riff and Aubrey felt a little lacking in substance. This certainly wasn't as good as the first book IMO three and a half stars.
Read more
One person found this helpful
Report abuse

Reading Addict
4.0 out of 5 stars Rock Star Romance
Reviewed in the United Kingdom on 16 June 2013
Verified Purchase
I think I liked Aubrey and Riff's story more that Noel and Lanie's story.

I think (rather than know) that this book can be a stone alone, as it covers Noel and Lanie's story but from Aubrey and Riff's point of view. If you haven't read the others you can still read this and not scratch your head thinking "what is going in?"

As is said I liked their story, however I did skim a bit when we got to an N/L as it was word for word from books 1 and 2 and found myself hurrying to and A/R scene.

It has all the necessary components you would find in a rock band book and it is an enjoyable read.

I would want to see the twins next.
Read more
Report abuse

Lizzie
4.0 out of 5 stars Easy read
Reviewed in the United Kingdom on 30 April 2013
Verified Purchase
Following the characters of the band, Riff soon likes to be known by his real name Zach, as he alternately pursues the potential love of his life Aubrey (woman with an old, rarely used, English male name) and pushes her away as he wrestles with feelings of self-hatred and loathing.
Michelle Valentine is a good writer, she's just following a well worn storyline. There were some potential great sub-plots in the story that I felt were underused. Still authors have to make decisions where to go. I look forward to her next book.
It's a good, easy, long read, that is value for money.
For older readers due to content.
Read more
Report abuse
See all reviews
Back to top
Get to Know Us
Make Money with Us
Let Us Help You
And don't forget:
© 1996-2021, Amazon.com, Inc. or its affiliates