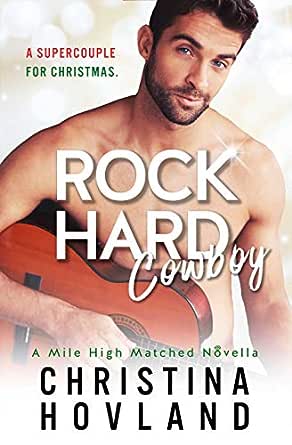 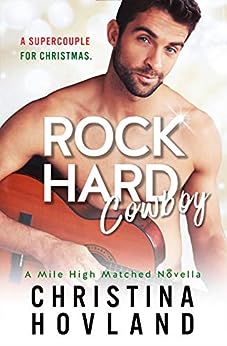 A supercouple for Christmas.

Rock 'n' roll cowboy Tucker McKay's muse has left the building. Returning to his roots at his Colorado ranch might be the inspiration he needs, and he's done everything he can to ensure his reputation shines for his eventual return to the public eye, should his muse show up again. Ready to leave town, he's not prepared for the paparazzi frenzy after a starlet falls face down on his lap at L.A.'s trendiest new night club.

America's Sweetheart, Mackenzie Bennett's career is on the rocks after a few lackluster movies damaged her studio appeal. She needs something to change, and fast. What she does not need is the firestorm that ensues after an ill-fated spill is caught on camera. Spending Christmas in Colorado with the man she publicly embarrassed is her only option to turn around the bad press.

While a fake relationship might drum up the publicity needed to save both of their careers, a small-town family Christmas may be just what they both need to figure out what truly matters...

**Note: Rock Hard Cowboy was originally published as part of the Christmas with a Colorado Cowboy boxed set.

Judy Lynn
4.0 out of 5 stars Rockstar with a cowboy heart
2 January 2020 - Published on Amazon.com
Verified Purchase
This was my first book by this author. I picked up this novella because it was free and it was a holiday story. Tucker and Kenzie are a power couple thrown together because of publicity needs for both of their careers. They both recognize the magnetic attraction they feel for each other and both are a little frightened by it, knowing it puts their hearts at risk.
This novella was well-written, well-edited and sucked me in more than a novella length book usually would. The characters were developed and their story pulled me in. This was an excellent introduction to this author and I immediately read the rest of the series, which I lived.

Erika Jackson
5.0 out of 5 stars Beautiful novella😘
8 November 2019 - Published on Amazon.com
Verified Purchase
This story was captivating and rollercoaster ride of emotions. It make you stop and think a little deeper into the lives of the famous people. Tucker and Kenzie story was beautiful. Tucker is sweet cowboy at heart, sense of humor, smart and witty. Kenzie been through something harder her and the more you read you more you learn more about her. This is my first time reading from this author and Christina earn herself an fan!
Great work Christina Hovland!
Read more

AnnaLee
5.0 out of 5 stars Awesome Starter
29 October 2019 - Published on Amazon.com
Verified Purchase
I really enjoyed this novella. It's a great peek at a future hero in another place and time. Great lead into an amazing series. I read this book after the three main titles of Hovland's series. I wish I had read it before the others, but all in all a great book.
Read more

erenbod
5.0 out of 5 stars Great short romance
27 October 2019 - Published on Amazon.com
Verified Purchase
This is A. Ice prequel to the. I’ll high matched series. We get Tucker’s story. Tucker is a rock star friend of Brek from book one in the series. I liked both Tucker and Kenzie and the way they related to each other.
Read more

Jeri Smith amazon Customer
5.0 out of 5 stars Review of Rock Hard Cowboy
6 January 2020 - Published on Amazon.com
Verified Purchase
This was a great book and I will recommend her books to anyone who loves romance novels. She keeps you involved from page one until the end.
Read more
Go to Amazon.com to see all 37 reviews 4.5 out of 5 stars
Get FREE delivery with Amazon Prime
Prime members enjoy FREE Delivery and exclusive access to movies, TV shows, music, Kindle e-books, Twitch Prime, and more.
> Get Started
Back to top
Get to Know Us
Make Money with Us
Let Us Help You
And don't forget:
© 1996-2020, Amazon.com, Inc. or its affiliates