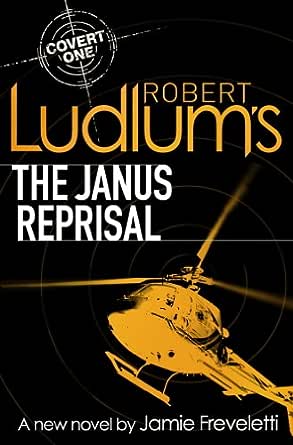 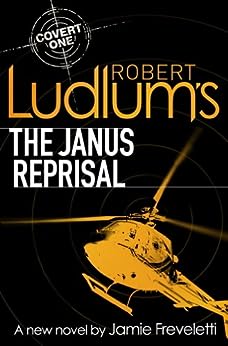 A writer who bests the bestsellers (DAILY TELEGRAPH)

A master at the conspiracy theory type of thriller, his books operate on an ever-spiralling series of surprise revelations (IRISH TIMES)

Ten pages in, my heart was pounding - and the tension only grew from there. This is a breathless, hair-raising read, one of the most gripping thrillers I've read in a long, long time (Tess Gerritsen)

[T]his is a fast-paced action novel. If you're fascinated by biological terrorism, then the twists will keep you guessing (BIG ISSUE IN THE NORTH) --This text refers to an alternate kindle_edition edition.

Robert Ludlum launched his career as a bestselling writer with THE SCARLATTI INHERITANCE in 1971, the first of a string of international bestsellers. There are more than 300 million copies of his books in print and they have been translated in 32 languages. --This text refers to an alternate kindle_edition edition.

An action-packed Covert-One novel in the series created by the undisputed master of the thriller genre, Robert Ludlum. --This text refers to an out of print or unavailable edition of this title.

Robert Ludlum launched his career as a bestselling writer with THE SCARLATTI INHERITANCE in 1971, the first of a string of international bestsellers. There are more than 300 million copies of his books in print and they have been translated in 32 languages.

Jamie Freveletti is a trial attorney, martial artist, and runner. Her debut thriller, RUNNING FROM THE DEVIL, was an international bestseller and was awarded Best First Novel by the International Thriller Writers. She lives in Chicago with her family.

4.5 out of 5 stars
4.5 out of 5
259 global ratings
How are ratings calculated?
To calculate the overall star rating and percentage breakdown by star, we don’t use a simple average. Instead, our system considers things like how recent a review is and if the reviewer bought the item on Amazon. It also analyses reviews to verify trustworthiness.

Terry Smith
5.0 out of 5 stars Not read it yet.
Reviewed in the United Kingdom on 13 August 2019
Verified Purchase
Fast delivery therefor the 5 Stars. Just added it to my Covert One novel set.
Read more
One person found this helpful
Report abuse

Xine
5.0 out of 5 stars Very readable!
Reviewed in the United Kingdom on 13 June 2016
Verified Purchase
Only discovered Ludlum's Covert One books last year and found them very readable. I am now backtracking and trying to read them all in order. Definitely a book to have on the boil!
Read more
One person found this helpful
Report abuse

Mary
3.0 out of 5 stars Okay
Reviewed in the United Kingdom on 6 December 2012
Verified Purchase
It was okay but not to the Ludlum standard really. It may stand alone okay but in truth I would think twice about a Covert-Two. Sorry.
The premise was good but the excitement didn't build.
My best part was when it helped me sleep.
Read more
Report abuse

Robert McAuliffe
4.0 out of 5 stars A Damn good read
Reviewed in the United Kingdom on 7 April 2015
Verified Purchase
Although not Robert Ludlum the book takes his spirit and style a gamble well worth taking for all Ludlum fans
Read more
Report abuse
See all reviews
Get FREE delivery with Amazon Prime
Prime members enjoy FREE Delivery and exclusive access to movies, TV shows, music, Kindle e-books, Twitch Prime, and more.
> Get Started
Back to top
Get to Know Us
Make Money with Us
Let Us Help You
And don't forget:
© 1996-2020, Amazon.com, Inc. or its affiliates