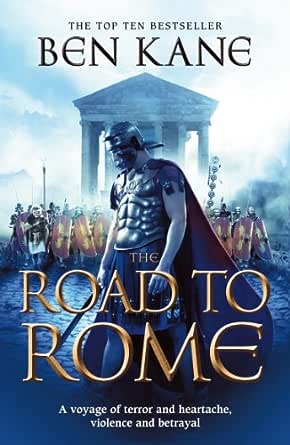 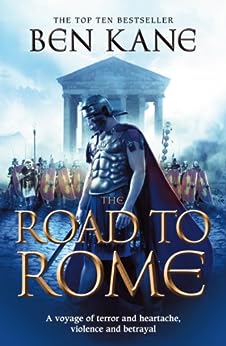 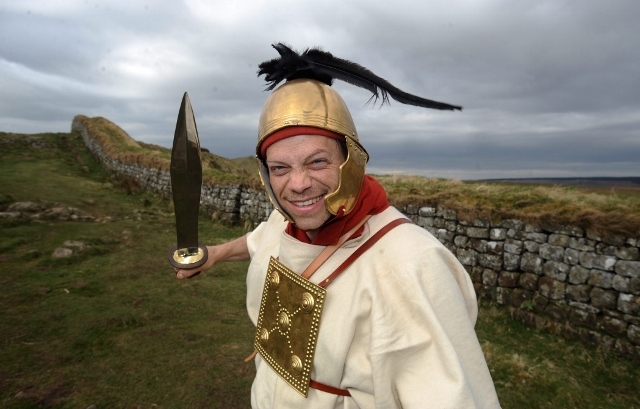 The Road to Rome: (The Forgotten Legion Chronicles No. 3) Kindle Edition

"The third novel in The Forgotten Legion trilogy takes the main protagonists from North Africa back to Rome in the build-up to the assassination of Julius Caesar."
See all Product description

UlfBjörn Reviews
TOP 100 REVIEWER
5.0 out of 5 stars All roads lead to Rome.
4 April 2019
Format: PaperbackVerified Purchase
The final book in the Forgotten Legion series by Ben Kane is another great read. Kane cuts a vivid tale at breakneck speed that will keep you turning pages until you have finished and wanting more. His passion for the time period shines through in all of his books. I not only recommend this series: but ALL of Ben Kane's work!
Read more
Helpful
Comment Report abuse

Jack74
4.0 out of 5 stars An excellent end to an excellent trilogy
1 April 2015
Format: Kindle EditionVerified Purchase
An excellent end to an excellent trilogy. The author has woven well known historical events with a fictional story that keeps the reader interested and has you caring about the lives of the characters. Even though this series had ended, I would like to read more of the adventures of Romulus and Tarquinius.
Read more
Helpful
Comment Report abuse
See all 4 customer reviews
Write a customer review

Nads
2.0 out of 5 stars almost felt like everything was rushed through
3 November 2011 - Published on Amazon.com
Verified Purchase
I was really excited for the final book to come out and curios to see how the author would end the trilogy. Romulus being in the other end of the world with many obstacles to over come while his sister fabiola having her own problems to deal with such as finding the right people to join her plot to assassinate the dictator Ceaser. My view, I felt like the author just wanted to get this book over with so he can start a new series of books. there were to many coincidence for some of the events that took part which I wont go in details. The Twin's reunion was very brief, which should have been the biggest part of the book. I mean come on, this guy was thinking about getting back with his sister 80 percent of the time, especially when he was facing death. all in all I was disappointed with the book, not the whole trilogy.

but hey don't take my word for it, some people probably like the fast pacing read and don't worry too much on detailed part.

Shoutingtoe
5.0 out of 5 stars Excellant
28 May 2013 - Published on Amazon.com
Verified Purchase
Eciting read and a real page turner. This was a book I could not put down. Every time I got to the end of a chapter, I found myself making compromises with myself to read just one more. Ben Kane has really captured the spirit of Rome and takes you through the streets with a story that makes you feel like you are there. I love Kane's writing style of basing his fictional story on factual researched settings. Even the plot is loosly based on recorded events. This is the exciting conclusion to the "Forgotten Legion" Trillogy and will not leave you dissapointed. Except for that fact that there is not a fourth book to read.
Read more

FlagstaffGuy
3.0 out of 5 stars Only OK
22 October 2011 - Published on Amazon.com
Verified Purchase
I found the previous novel about the Forgotten Legion much better than this follow-up novel. Firstly, I found I did not like the female character; she make stupid decisions that made me lost interest in what happen to her. So I found her part of the book boring and finally just skipped over that part of the story. The primary male character's story is good until he starts to be a "superman"; doing things that were just unbelievable and unlikely. The story of the secondary male character is also kind of uninteresting and does not add to the novel.
Read more
5 people found this helpful

ImClarkFamily
4.0 out of 5 stars Forgotten Legion
7 August 2016 - Published on Amazon.com
Verified Purchase
The book and story line kept my interest. The story is about Roman times and war, there is going to be sex and violence. I thought it was going to be more about the forgotten legion and not about some individuals who for a time were a part of the forgotten legion.
Read more

Brandon Cooper
4.0 out of 5 stars good conclusion
29 January 2015 - Published on Amazon.com
Verified Purchase
I really enjoyed this final installment of the Forgotten Legions Chronicles. The evolution of Romulus is profound and satisfying. However, Fabiola's character just leave a lot to be desired. She remains stagnant. I would have liked to see her develop more. Tarquinius does not disappoint. Overall, pretty good book.
Read more
Go to Amazon.com to see all 55 reviews 4.4 out of 5 stars
Get FREE delivery with Amazon Prime
Prime members enjoy FREE Delivery and exclusive access to movies, TV shows, music, Kindle e-books, Twitch Prime, and more.
> Get Started
Back to top
Get to Know Us
Make Money with Us
Let Us Help You
And don't forget:
© 1996-2020, Amazon.com, Inc. or its affiliates