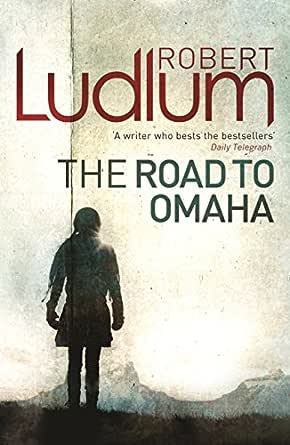 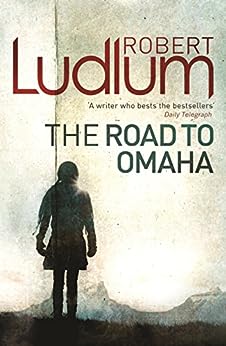 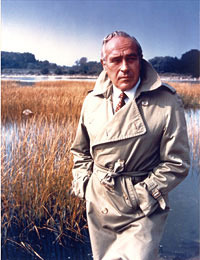 The Road to Omaha Kindle Edition

Praise for Robert Ludlum and The Road to Omaha

"A very funny book . . . No character is minor: They're all hilarious."--Houston Chronicle "Don't ever begin a Ludlum novel if you have to go to work the next day."--Chicago Sun-Times --This text refers to an alternate kindle_edition edition.

funny book... no character is minor:  they're all hilarious." --<i>Houston  Chronicle</i>. <br><br><i>In The Road To  Gandolfo</i>, Robert Ludlum introduced us to the  outrageous General MacKenzie Hawkins and his legal  wizard, Sam Devereaux, whose plot to kidnap the  Pope spun wildly out of control into sheer hilarity.  Now Ludlum's two wayward heroes return with a  diabolical scheme to right a very old wrong -- and  wreak vengeance on the (expletive deleted) who  drummed the hawk out of the military. Their outraged  opposition will be no less than the White House.  Byzantine Treachery. Discovering a long-buried 1878  treaty with an obscure Indian tribe, the hawk --  a.k.a. Chief Thunder Head -- hatches a brilliant plot  that will ultimately bring him and his reluctant  lawyer Sam before the Supreme Court. Their goal: t --This text refers to an alternate kindle_edition edition.

After a successful career in the theatre, Robert Ludlum launched his career as a best-selling writer with The Scarlatti Inheritance in 1971, the first of twenty-two consecutive international bestsellers. Robert sadly passed away in March 2001. --This text refers to an alternate kindle_edition edition.

Crammed with intrigue and suspense, a brilliantly entertaining bestseller from the master of action. --This text refers to the digital edition.

Robert Ludlum launched his career as a bestselling writer with THE SCARLATTI INHERITANCE in 1971, the first of a string of international bestsellers. There are more than 300 million copies of his books in print and they have been translated in 32 languages. --This text refers to the digital edition.

From Robert Ludlum, the international number one best-selling author, comes a brilliant satire, crammed with wit, action, intrigue and suspense; all the hallmarks of a classic Ludlum, with wild chaotic humour thrown in.

The Hawk, hero or anti-hero of 'The Road To Gandolfo', is back, irrepressibly maddening, a $500 million caper up his capacious sleeve. Still a legend in his own lifetime, worshipped by the men he once led into battle, he is now in his sixties and shows no sign of retiring from the intrigue and politicking which is his lifeblood. And it is Sam Devereaux's misfortune to be yet again dragged into the Hawk's endless quest for justice, honour – and , of course, loot.

3.8 out of 5 stars
3.8 out of 5
62 global ratings
How are ratings calculated?
To calculate the overall star rating and percentage breakdown by star, we don’t use a simple average. Instead, our system considers things like how recent a review is and if the reviewer bought the item on Amazon. It also analyses reviews to verify trustworthiness.

Grandad.Baloo
5.0 out of 5 stars The Road to Omaha by Robert Ludlum
Reviewed in the United Kingdom on 26 October 2013
Verified Purchase
A fantastic funny book by an author one would not associate with comedy writing. I found the characters well researched and blended together in such a perfect way to make the plot hilarious. Once I'd started this book I couldn't put it down, much to the annoyance of my wife and family, as it became all encompassing above everything else, and they found my sudden outbursts of prolonged laughter weird. Thank you Mr Ludlum for a brilliant read, aching cheeks and sides from prolonged laughter.
Read more
One person found this helpful
Report abuse

wooddragon45
5.0 out of 5 stars The Road to Omaha
Reviewed in the United Kingdom on 16 June 2016
Verified Purchase
...Item as described...fast postage...
Read more
Report abuse

Romana Irlandese
1.0 out of 5 stars Heavy going
Reviewed in the United Kingdom on 18 May 2015
Verified Purchase
I have read nearly all of his work, but this one just did not match the authors usual brilliance. The humour was a mis-fire and the main characters a big disappointment Incredibly difficult to read, and after 150 pages I just had to let it go. It is the first time I do so with a Ludlum book.
Read more
Report abuse

Andrew
5.0 out of 5 stars Go read it
Reviewed in the United Kingdom on 15 August 2014
Verified Purchase
Sequel to one of the funniest books I have ever read - a great follow up to the original
Read more
Report abuse

Ali Faizan Kazmi
5.0 out of 5 stars A Must-read if you liked the Road to Gandolfo
Reviewed in the United Kingdom on 12 October 2014
Verified Purchase
Was a pleasure to read. The book has everything the Road to Gandolfo had - hilarious premise, funny plot twists, brilliant characters - as well as a complementary, tender love story.

If you liked Gandolfo, you will not be disappointed!