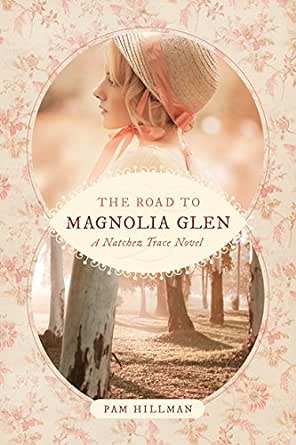 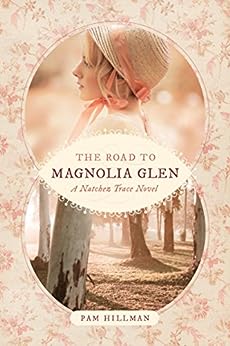 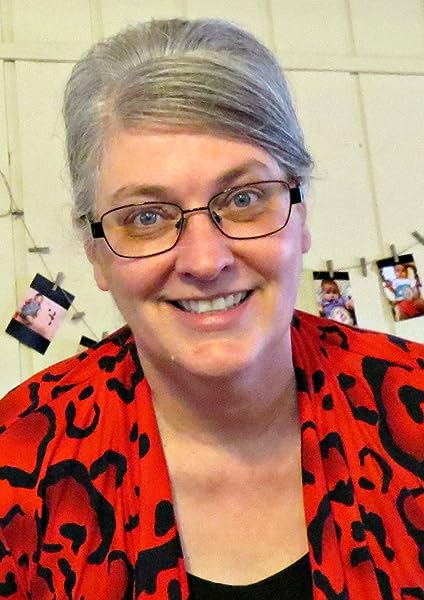 The enjoyable second novel in Hillman's Natchez Trace series (after The Promise of Breeze Hill) takes readers to 1792 Mississippi. Kiera Young agrees to leave Ireland with her two younger sisters, Amelia and Megan, to marry the man chosen by her brother-in-law in Natchez, Miss. On the trip across the Atlantic, Kiera meets Quinn O'Shea, who is also traveling from Ireland. Although they don't get along well at first, when soft-hearted Quinn arrives in America and learns that the young ladies' brother-in-law invited them with less-than-honorable intentions, he must decide whether his plan to see the world is more important than coming to the sisters' aid. A hint of mystery surrounding what's actually going on in Natchez plays well with the sweet love story, though both of those take a back seat to the inspiring coming-of-age journey of Amelia. This enjoyable novel featuring two strong heroines works as both a standalone and a series entry.--Publishers Weekly

1792, Natchez Trace, MS
Bitter since his eldest brother abandoned their family in Ireland, Quinn O’Shea travels to Natchez, Mississippi, ready to shuck the weight of his duty and set off on an adventure of his own. It’s time Connor, as head of the family, took responsibility for their younger siblings. While aboard ship, a run-in with three Irish sisters lands Quinn in the role of reluctant savior. Though it may delay his plans, he cannot abandon the Young sisters, especially the tenacious yet kind Kiera.

Upon arriving in the colonies, Kiera Young prepares to meet her intended and begin her new life. But she soon discovers the marriage her brother-in-law arranged was never meant to be, and a far more sinister deal was negotiated for her and her sisters.

Quinn offers to escort his charges safely to Breeze Hill Plantation and his brother’s care, fully intending to seek his freedom elsewhere. But the longer he remains, the greater his feelings toward Kiera grow and the more he comes to realize true freedom might be found in sacrifice.

Chanel M.
4.0 out of 5 stars A Great Read - I Adored the Romance!
8 July 2019 - Published on Amazon.com
Verified Purchase
Admittedly, I liked The Road to Magnolia Glen far more than its predecessor. This book starts out with a bang and easily kept me turning pages until the pacing steadied out. Once it does, the friendship and the romance that blossoms between the two main characters was so endearing and sweet. Quinn O’Shea is protective, hardworking and compassionate. Although his head keeps reminding him about his desire to see the world after being shouldered a responsibility, it’s clear that his heart is with Kierra Young and his family by his willingness to sacrifice, protect and support those he loves. Kierra Young is relatable and kind as a paternal figure to her sisters, and is earnest to prove herself and provide for her family. These characters and their consistent kindness and support they showed one another kept me engaged and warmed my heart.

Unfortunately, my enthusiasm over this book started to waver towards the end, specifically due to the Amelia storyline. For all the pain, havoc and worry that stemmed from this storyline, it kind of ended on a “oh, well” note that was both frustrating and unsatisfying. I also found it hard to believe that Pierre Le Bonne, an antagonist that also appeared in book one, never faced any consequences over his nefarious actions in the previous novel. I understand that this book can be a standalone, but I assumed that when the heroes matched his identity with his prior actions, circumstances would change. Instead, it wasn’t really acknowledged or held any weight. It slightly deterred by overall love of this book.

With wonderful characters, compelling action and a sweet romance - this book is a great read and one I would definitely recommend!
Read more

"The truth of what her brother-in-law had done was shocking."

Arriving in Natchez,Mississippi with her two younger sisters, Kiera Young immediately learns that her hopes for the future were nothing more than a heinous farce. Coming to her rescue is none other than the handsome Irishman with whom she had made a casual acquaintance aboard ship. Is " a man who's willing to risk his life for you worth giving your life to?".

Escaping under the cover of darkness, Quinn O'Shea delivers the terrified young ladies to the doorstep of Breeze Hill Plantation; fully prepared to leave his own two brothers and the three women in his brother's care, while he travels on to find his own destiny. Will what he discovers change his mind? Can Quinn give faith and family another chance, for "the road to Magnolia Glen" will be a treacherous one.

A lovely addition to the Natchez Trace series.
Read more
One person found this helpful

Inspirationalfictionreader
5.0 out of 5 stars Great Series!
7 July 2018 - Published on Amazon.com
Verified Purchase
I am gonna start this review by saying Pam Hillman is a great writer! The Road to Magnolia Glen is the second book of the Natchez Trace series, but it can totally be read as a stand-alone. BUT, why would you want to do that? Book one,The Promise of Breeze Hill, is just as good, so start with that one!

I really enjoyed this story. I liked Connor O’Shea from book one, but Quinn (his brother) is giving him a run for his money in terms of being good, kind, caring, and honorable. I love how he was immediately protective of Kiera and her sisters. And boy did he need to be when a certain bad guy shows up! I won’t say his name-spoilers - but he’s one of the worst I’ve encountered in a long time. And then, there is a secondary “bad” guy who, even though he does some bad things, somehow, Pam makes you feel for him!

I also really like Kiera too. She was very kind and I like how she adjusted to her new life even though it was far different then she was expecting.

“Be still, and know that I am God.” The Road to Magnolia Glen provided that great reminder for me. Sometimes, I do all the talking when I pray, and even when I stop and try to listen, my brain won’t shut off long enough to hear God. This is something I really need to focus on.

I am loving this series and hope there will be more - soon!
Read more

Pam K.
5.0 out of 5 stars The Road to Magnolia Glen
24 November 2018 - Published on Amazon.com
Verified Purchase
We return to Breeze Hill, the plantation run by Connor and Isabella O'Shea. Connor's brothers Quinn, Rory, and Patrick have just arrived from Ireland on the same ship as sisters Kiera, Amelia, and Megan Young. The girls have been sent to Natchez by their sister and brother-in-law, supposedly for Kiera to marry a man of their choosing. Unfortunately, that was not the case. One of the villains of the first book reappears as the holder of their papers with nefarious intentions. Quinn and some others step in and spirit away the girls. There is romance and plenty of action before all of this can be resolved. This is another terrific book in the Natchez Trace series.
Read more

Jennifer Berry
5.0 out of 5 stars I love it Pam Hillman!!!
26 September 2018 - Published on Amazon.com
Verified Purchase
I love Magnolia Glen which is the follow up to Breeze Hill which I also love! This book has many great characters and several story threads woven masterfully together without being confusing. I didn’t want to put it down! I loved the reunion with the Breeze Hill characters. Quinn is another great O’Shea brother! I hope there is more to tell with so many characters, like three more O’Sheas and little Megan, with untold stories.
Read more
One person found this helpful
Go to Amazon.com to see all 61 reviews 4.6 out of 5 stars
Get FREE delivery with Amazon Prime
Prime members enjoy FREE Delivery and exclusive access to movies, TV shows, music, Kindle e-books, Twitch Prime, and more.
> Get Started
Back to top
Get to Know Us
Make Money with Us
Let Us Help You
And don't forget:
© 1996-2020, Amazon.com, Inc. or its affiliates