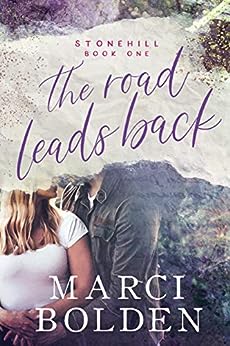 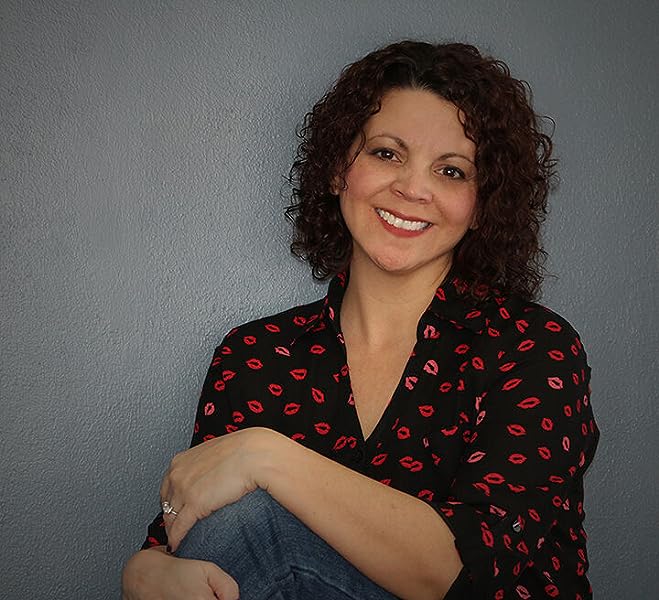 As a teen, Marci Bolden skipped over young adult books and jumped right into reading romance novels. She never left. Marci lives in the Midwest with her husband, two teenaged kiddos, and numerous rescue pets. If she had an ounce of will power, Marci would embrace healthy living but until cupcakes and wine are no longer available at the local grocery store, she'll put that ambition on hold and appease her guilt by reading self-help books and promising to join a gym ""soon. --This text refers to the audioCD edition.

4.4 out of 5 stars
4.4 out of 5
729 global ratings
How are ratings calculated?
To calculate the overall star rating and percentage breakdown by star, we don’t use a simple average. Instead, our system considers things like how recent a review is and if the reviewer bought the item on Amazon. It also analyses reviews to verify trustworthiness.

Tracey
TOP 500 REVIEWER
5.0 out of 5 stars 2nd chance at love long time coming
Reviewed in Australia on 13 July 2019
Verified Purchase
This book was different as even though it was a second chance love story, it wasn't like Kara and Harry grew up and new each other well they had a one night stand and when Kara woke he was gone, later she finds out she's pregnant her parents kicked her out, she goes to Harry's place explains her story instead of love and protection, Harry's mum sends her away to a commune for unwed mothers where she gives birth to her so Phil, with the pretence she will tell Harry everything, Kara sent letters and photos until one day she realised Harry wasn't coming for them, 27 years later Harry turns up at an art exhibit showing Karas art and OMG this is where the truth comes out, Kara and Harry son Phil has a daughter of his own her name is Jess and she was born with Down Syndrome, I connected with this story even more having a daughter born with Down Syndrome myself. I understood the anger and hurt Kara held for a very long time words that are said can cause so much emotional damage and hurt, Kara was just so strong and honest I really loved that, great book
Read more
Helpful
Report abuse

Rosie
TOP 100 REVIEWER
5.0 out of 5 stars All roads lead home
Reviewed in Australia on 5 June 2019
Verified Purchase
Twenty-seven years ago, when teenage Kara found herself pregnant, she was shocked and hurt by everyone she had come to rely on, including Harry, father of her child.
Now in her forties, an artist, mother and grandmother, she is surprised and angered to come face-to-face with Harry again.
But the story about what happened all those years ago is even more shocking than she realized. And she discovers that the only way to find out all of the answers is to go back home and face the people who hurt her the most.
In the process, she also has to examine herself...
This is an amazing, emotional journey of forgiveness, love and redemption.
A worthy five star read.
Read more

5.0 out of 5 stars All roads lead home
By Rosie on 5 June 2019
Twenty-seven years ago, when teenage Kara found herself pregnant, she was shocked and hurt by everyone she had come to rely on, including Harry, father of her child.
Now in her forties, an artist, mother and grandmother, she is surprised and angered to come face-to-face with Harry again.
But the story about what happened all those years ago is even more shocking than she realized. And she discovers that the only way to find out all of the answers is to go back home and face the people who hurt her the most.
In the process, she also has to examine herself...
This is an amazing, emotional journey of forgiveness, love and redemption.
A worthy five star read.

bluebird
TOP 500 REVIEWER
4.0 out of 5 stars Starting Over
Reviewed in Australia on 28 March 2019
The title in this book is very apt as both our H & h return home for varying reasons, one more reluctantly than the other.

Kara runs into Harry, her 'first for everything' at her art gallery showing. Harry can't fully understand her animosity toward him until he learns of her secret. Then one very sad tale of lies & betrayal by their families unveils. Both are dealing with a lot of emotion so there's a far amount of angst in play. While Harry has returned home to takeover his fathers business, Kara has not. For these two to be together she needs to return home. Kara has spent her life running & giving her son an unstable life, in his eyes. Harry brings it altogether but she must face her demons.
Both their parents have a lot to answer for so it takes a lot for them to redeemed by their children.

Overall I suppose part of this is inspiring, to tackle the obstacles in your life & to come out of it a better person. The characters were well developed & I thought Harry went to a great amount of effort to right the wrongs. An angsty, emotional read.

Viv
5.0 out of 5 stars SO IMPRESSED
Reviewed in the United Kingdom on 3 April 2019
Verified Purchase
I really thought that this would be same old same old. I am happy to say I was so wrong.

This book was expertly written, it didn’t gloss over the issues it faced them and was so realistic in the way it dealt with the problems. It showed the hurt and the ongoing anger and described just how difficult it is to forgive and forget.

Absolutely loved and off to buy the second book

1 click now you will not be disappointed. It’s worth every penny
Read more
5 people found this helpful
Report abuse

L beaver
5.0 out of 5 stars Good stiry
Reviewed in the United Kingdom on 6 June 2019
Verified Purchase
When Harry saw the poster for an art gallery and it was for Kara the women he knew from college he went along to see her for old times sake. She was the one he'd always wanted but after finally sleeping with her at graduation he'd gone off to university. As the shock of meeting her died down he was in for another as a smart young guy, his double came up to her. Apparently he was a father and he never knew. He got to find out about her cruel parents and also the part his parents played in keeping them apart. Harry wanted her and he was going to do everything to hold onto her but she didn't trust anyone.
Read more
2 people found this helpful
Report abuse

Tanyawriter
5.0 out of 5 stars Crush
Reviewed in the United Kingdom on 19 June 2019
Verified Purchase
He was her school crush who she never thought she would have a chance with until she had one night with him. Then he left her behind but he left a part of him behind. She was disowned by her family. Will her son ever meet his father? What will happen when he finally finds out? See how they all get on

colly
5.0 out of 5 stars Wonderful
Reviewed in the United Kingdom on 16 June 2019
Verified Purchase
Where to start. i felt so sorry for Kara and I have to give her credit but I would not have been so forgiving. Her story was heartbreaking at times and I got very emotional reading this book. My only gripe was, that like other readers, I didnt understand why Harry who had loved her from afar left her wifh no explanation. Anyway for a free book a great read.
Read more
Report abuse

Leslie
5.0 out of 5 stars A really good read...
Reviewed in the United Kingdom on 23 December 2019
Verified Purchase
It's always a great feeling when you discover an author you've never read before that ticks all the boxes for you. That's what Marci Bolden has done for me with The Road Leads Back. The characters and the story come to life on the pages and draw you in. They're real, not the perfect plastic characters so many authors toss at you these days. I'm so thrilled to find a new author to read and follow that will give me a well crafted tale.
Read more
Report abuse
See all reviews
Back to top
Get to Know Us
Make Money with Us
Let Us Help You
And don't forget:
© 1996-2021, Amazon.com, Inc. or its affiliates