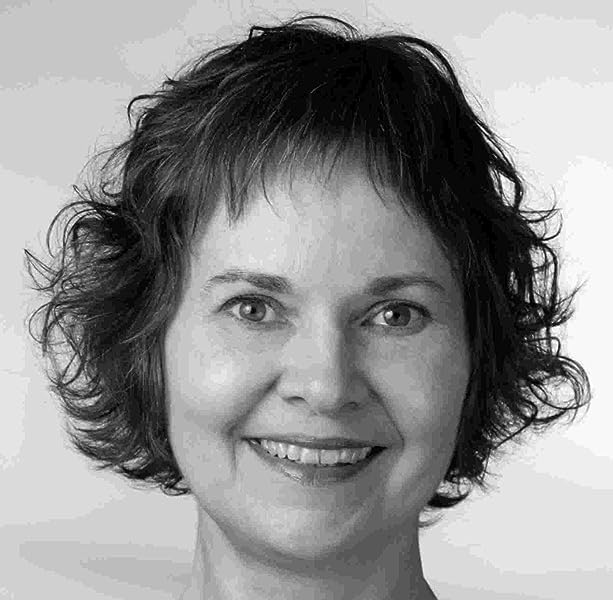 by Candace Robb (Author)
4.7 out of 5 stars 9 ratings
See all formats and editions
Sorry, there was a problem loading this page. Try again.

Candace Robb has read and researched medieval history for many years, having studied for a Ph.D. in Medieval & Anglo-Saxon Literature. She divides her time between Seattle and the UK, frequently visiting York to research the series. She is the author of twelve previous Owen Archer mysteries, three Kate Clifford medieval mysteries, and the Margaret Kerr trilogy.
Start reading The Riverwoman's Dragon (An Owen Archer mystery Book 13) on your Kindle in under a minute.

Candace Robb did her graduate work in medieval literature and history, and has continued to study the period while working first as an editor of scientific publications and now for some years as a freelance writer. Candace has published 17 crime novels set in 14th century England, Wales, and Scotland. The Owen Archer series is based in York and currently extends over 12 novels beginning with THE APOTHECARY ROSE; the most recent is A CHOIR OF CROWS. The Margaret Kerr trilogy explores the early days of Scotland’s struggle again England’s King Edward I, and includes A TRUST BETRAYED, THE FIRE IN THE FLINT, and A CRUEL COURTSHIP. The Kate Clifford series is set in York but slightly later than the Owen Archers; so far there are three books in the series--THE SERVICE OF THE DEAD; A TWISTED VENGEANCE; A MURDERED PEACE Stay up to date by following her blog at www.candacerobbbooks.com

Writing as Emma Campion, Candace has published historical novels about two fascinating women she encountered while researching the Owen Archer mysteries, Alice Perrers (THE KING’S MISTRESS) and Joan of Kent (A TRIPLE KNOT).

Candace was born in the Blue Ridge Mountains of North Carolina, grew up in Cincinnati, Ohio, and has lived most of her adult life in Seattle, Washington, which she and her husband love for its combination of natural beauty and culture. Candace enjoys walking, hiking, and gardening, and practices yoga and vipassana meditation. She travels frequently to Great Britain.

Longsuffering
5.0 out of 5 stars Excellent,
Reviewed in the United Kingdom on 4 October 2021
Verified Purchase
Another fine story,less political than recent books have been. I particularly liked the way the plot was all of a piece instead of the recent trend of writing two scenarios and intermingling them.
Read more
Report abuse

Sheena gair
5.0 out of 5 stars inspirational
Reviewed in the United Kingdom on 4 October 2021
Verified Purchase
The book was so fascinating I could not lay it down I read it in a day and forgot to make a meal
Read more
Report abuse

xyz
5.0 out of 5 stars Allright, arrived within the given deadline.
Reviewed in Italy on 18 October 2021
Verified Purchase
Allright, the delivery was done within the deadline
Read more
Report abuse

Kindle Customer
5.0 out of 5 stars Love Magda Digby!
Reviewed in the United States on 14 October 2021
Verified Purchase
Candace crib is one of my favorite authors. She evokes the atmosphere of Owen Archers era so well. So wonderful to get to know Magda Right's character much better in this book. As a fixture and main character in the series it was so fine to find out more about her past, her 'education' in the healing arts, Her 'magic' and her past life...her husbands and her chikdren...etc. She is one of my favorite characters in the series...so beautiful!y written. Only one problem with the book...Allison leaves to care for Owen and Locke's children and no one acknowledges or misses Her! A flaw in the ointment, so to speak...she is not mentioned again though there is a report about the children! Where is she? How is she? They consider her an important member of the family group and trust the care of their kids to her, they love her, Basket loves her!, Magda loves and teaches her and yet, no one seems to miss her, to ask after her or to even acknowledge she is gone. Not understandable from my point of view.
Also, so sad no one seems to care that Kate, who works so very hard for the couple and their children and friends, has lost a beloved sister to the pestilence and no one seems to care, no discussion, no comfort, no acknowledgement. I know an author telling a tale, or a person retelling a story to others, cannot remember to cover al! The details...but...this seems another huge oversight. They attempt to comfort others in their community but not their own folks in the house who live With them??? Incomprhensible!
One more minor complaint...what is happening with Kate's brother and sister who brought the news of their older sister's death...they were not even invited in to commiserate with Kate on their shared loss...where are they now? On their own? Does the family care about them at all? Does Magic still use their services? Why are so many characters we have come to love left out of this story?
As usual a well crafted tale, a well written tale...and, as usual some perplexing moments where the author seems to know things the reader should! Overall, a book worth reading in a wonderful series. I have read everything MS Robb has written and enjoyed and puzzled over every one. Cannot wait for the next book in this series and wish she might add to the other two series ! Love these books...just sayin'!
Read more
Report abuse

ceannoying
5.0 out of 5 stars At last, Magda
Reviewed in the United States on 5 October 2021
Verified Purchase
Candace Robb manages to create real tension in this 13th book in Owen Archer series. She has created a series of characters true to their time and their humanity. Characters who live, and die, according to their place in history, John Thoresby (who I actually came to like) or their time in the story line, Lucie’s father (who also grew on me.) My favorite character, though, is Magda Digby, who has been an anchor to many of the characters through most of the books. This story gave me insight into Magda’s history and has strengthened my liking of the character.
This tale takes place during a time of pestilence, a matter of coincidence according to Robb, who started the book pre-Coronavirus. Her portrayal of the response to the pestilence by the folks in Kent, informed by reports of those times, collided with my observations of people’s response to the epidemic today, and confirmed my view that our technology may differ, but that people haven’t changed much.
I recommend this book (and every other book in the series). I got so engrossed I had to fight the urge to skip to the end and make sure every one was all right. It’s a good story told well that makes you do that. (I didn’t cheat. )
Read more
Report abuse
See all reviews
Back to top
Get to Know Us
Make Money with Us
Let Us Help You
And don't forget:
© 1996-2021, Amazon.com, Inc. or its affiliates