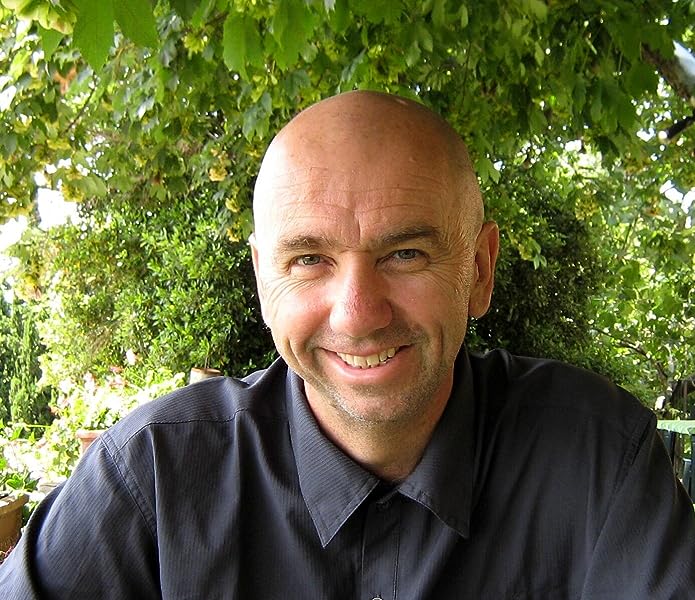 by Steven Herrick (Author)
4.4 out of 5 stars 5 ratings
See all formats and editions
Sorry, there was a problem loading this page. Try again.

A memorable YA novel about the tough and tender sides of growing up in a small country town. Fourteen-year-old Harry has a knack for wriggling out of trouble, but escaping the constraints and memories that keep him trapped is not so easy, until it's a matter of life or death.

The big river rolls past our town, takes a slow look and rolls away.

Life for Harry means swimming in Pearce Swamp, eating chunks of watermelon with his brother and his dad, surviving schoolyard battles, and racing through butterflies in Cowpers Paddock. In his town there's Linda, who brings him the sweetest-ever orange cake, and Johnny, whose lightning fists draw blood in a blur, and there's a mystery that Harry needs to solve before he can find a way out

By the River is about the feeling the undercurrents, finding solid ground and knowing when to make a leap.

Steven Herrick was born in Brisbane, the youngest of seven children. At school his favourite subject was soccer, and he dreamed of football glory while he worked at various jobs, including fruit picking. Now Steven writes for children and teenagers and visits many schools each year. He loves talking to the students and their teachers about poetry, and soccer.

Steven lives in the Blue Mountains with his wife and two sons.
Start reading By the River on your Kindle in under a minute.

Steven Herrick is an Australian poet and author who has published twenty-four books for children and young adults. His books have twice won the NSW Premiers Literary Award (2000, 2005) and have been shortlisted eight times for Book of the Year in the Children's Book Council of Australia Book Awards.

He regularly tours throughout Australia, Asia and Europe performing his work in schools and at festivals.

He is an avid football (soccer) fan and cyclist who lives in the Blue Mountains with his wife, Cathie. They have two adult sons, Jack and Joe.

Deb Nance at Readerbuzz
4.0 out of 5 stars Beautiful
Reviewed in the United States on 1 June 2014
Verified Purchase
Life is hard here. Periodically the river rises and floods this little Australian town.

A beautiful poem of a book.
Read more
Report abuse
See all reviews