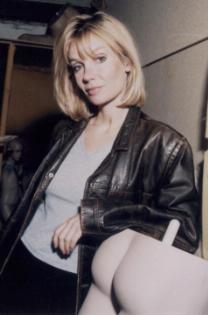 Page 1 of 1 Start overPage 1 of 1
This shopping feature will continue to load items when the Enter key is pressed. In order to navigate out of this carousel please use your heading shortcut key to navigate to the next or previous heading.
Back
Next
Start reading Ritual: Jack Caffery series 3 on your Kindle in under a minute.

DI Jack Caffery is back on the beat in Mo Hayder's terrifying new bestseller.

After leaving school at fifteen, Mo Hayder worked as a barmaid, security guard, film-maker, hostess in a Tokyo club, educational administrator and teacher of English as a foreign language in Asia. She has an MA in creative writing from Bath Spa University, where she now teaches. She is the author of Birdman and The Treatment, which won the 2001 WH Smith Thumping Good Read Award, and Tokyo, which was shortlisted for the CWA Gold and Steel Dagger Awards for Novels of the Year, 2004. Pig Island, her fourth novel, was a Sunday Times bestseller in hardcover and paperback.

4.4 out of 5 stars
4.4 out of 5
301 global ratings
How are ratings calculated?
To calculate the overall star rating and percentage breakdown by star, we don’t use a simple average. Instead, our system considers things like how recent a review is and if the reviewer bought the item on Amazon. It also analyses reviews to verify trustworthiness.

Expat
1.0 out of 5 stars Too many inaccuracies with locations in book - very annoying
Reviewed in the United Kingdom on 13 April 2019
Verified Purchase
I have previously read a Mo Hayder book - think it was Birdman which was really good. However, the setting for this book is in Bristol where I grew up and either the author did not do his research correctly or knows nothing about Bristol.

I only got as far as the 2nd chapter before returning for a refund as the annoyance over incorrect referencing was totally spoiling the book for me.

For a start, the mention of Southmeads - is actually Southmead (a large hospital), the reference to the Clifton Bridge is in fact the Clifton Suspension Bridge (Brunel's famous structure) and never called by the name used in the book. It is either the full name or just the Suspension Bridge. The reference to calling in Detectives from Kingswood is unlikely as Kingswood is not one of the nicer areas of the city and actually in South Gloucestershire which is not part of the Avon & Somerset Constabulary.
The reference to the old castle walls in the floating harbour is rubbish as Castle Green is nowhere near there and there certainly would not be castle walls!

As a note to the author - please do your research a little more carefully!

It's readable and would be great for a holiday read, but it doesn't have the impact or the pace of the first two books which hooked and gutted me like a fish. Flea is just not that interesting a character and Jack Caffrey, the emotional heart and soul of the first two books, is completely missing from this book - he's just another detective, but a facsimile of his previous self.
Read more
3 people found this helpful
Report abuse

Saffron1623
2.0 out of 5 stars Disappointing....
Reviewed in the United Kingdom on 30 August 2015
Verified Purchase
After reading Birdman and The Treatment I was really disappointed with this one.

Jack Caffery has now relocated to Bristol for a fresh start and we meet police deep sea diver, Flea, a character that seems to have taken central stage pretty much. It was almost as if Caffery has taken a supportive role here as we learn an awful lot about Flea. In fact, it doesn't pick up anything at all about Jack's brother which was surprising, though maybe it does in later books, I don't know.

The story begins by the discovery of a severed hand in the river and then what follows is the most boring unnecessarily complicated storytelling that goes absolutely nowhere for ages. I read on and on hoping things would improve .... and they didn't. The subject matter held no interest for me at all and I just felt more disillusioned as the story moved on. The number of times my mind would wander is ridiculous. There's nothing wrong with Ms Hayder's writing, she writes incredibly dark atmospheric psychological thrillers with splashes of gore, which I love but this was definitely not on par with the previous books. I got to halfway and then skipped to the last three chapters. I very rarely do that and feel guilty when I do. Unbelievably though I had hardly missed anything, got to the resolution and that was that!!

There's nothing much more to say really, it was a disappointing read that I didn't much care for. That said, I will read the next book in the series. Ms Hayder is an author I like a lot .... I guess not every story can be great one ... and it's probably too much to expect.
Read more
5 people found this helpful
Report abuse

sharon Ainsworth
1.0 out of 5 stars Absolute joke
Reviewed in the United Kingdom on 24 April 2020
Verified Purchase
Absolute drivel the book jumps from great crimes to the unbelievable. We then get into the field of mystic deaths and cops taking drugs to talk to dead relatives. We don't just have one cop with mystic thoughts of a death we have two. We have a central character who ends one book in one place and starts the next in another place because of this Mystic death feeling. I have paid for number 4 but just want a refund.
Read more
Report abuse

Holly
5.0 out of 5 stars Brilliant story
Reviewed in the United Kingdom on 16 October 2018
Verified Purchase
I do love her books and found this one very gripping.

I also like the way she dosent shy away from writing about controversial subjects.

I couldnt put it down and finished it in a week
Read more
Report abuse
See all reviews
Get FREE delivery with Amazon Prime
Prime members enjoy FREE Delivery and exclusive access to movies, TV shows, music, Kindle e-books, Twitch Prime, and more.
> Get Started
Back to top
Get to Know Us
Make Money with Us
Let Us Help You
And don't forget:
© 1996-2020, Amazon.com, Inc. or its affiliates