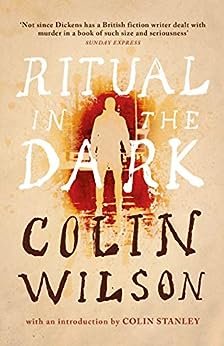 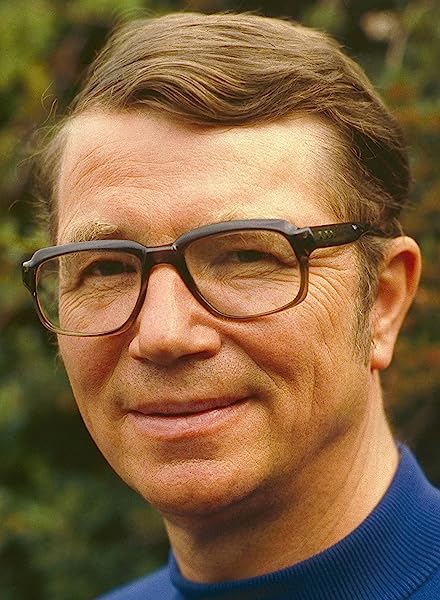 Ritual in the Dark Kindle Edition

bat chain puller
3.0 out of 5 stars Hmmmm?
Reviewed in the United Kingdom on 21 September 2016
Verified Purchase
Very dated but enjoyable. Think of a poor man's John Fowles in "The Collector". This volume is distasteful in it's portrayal of Women and sexual relations and almost an apology for paedophilic urges in parts. I'm sure that the attitudes expressed towards Women expressed here were fairly common in the Fifties; other notions are, however, more troubling still: Given when it was written, I would stop short at calling the book homophobic in its approach....... but only just! Indeed, it is both shocking (to a modern reader), as well as enlightening, in the way this book serves a portrayal of how even the most liberal minded and seemingly intelligent people of this era regarded homosexuality: (somewhere between a psychological malady, a corruption or perversion, if your wondering, with a touch of wilful choice on behalf of the existential Outsider thrown in for good measure!!!).

Also irritating is Wilson's transparent appropriation of stylistic innovations and themes from authors such as Joyce, Sartre, Camus, Eliott and Proust amongst others. Early Wilson smacks of an individual massively impressed with himself and his "genius". In reality, many of his ideas are, at best (sometimes) poorly understood re-hashes of the ideas of far greater writers and thinkers.

It always strikes me that (early) Wilson failed to recognise the fact that his alienation wasn't due to his uniqueness but probably more owing to the fact that he was a moderately intelligent man from a working class background. As such, his "Outsiderism" and alienation was likely simply due to his being a person with interests that were alien to the community in which he was raised. That he failed to realise this and, instead, decided his alienation was due to his being an "exceptional" personality in the mould of a Dostoyevsky or a T.E.Lawrence et al speaks volumes. This kind of wrong footedness is all over "Ritual In The Dark". The concepts herein manage to be both shallow in their adolescent style posturing whilst arrogant and irritating at the same time. The protagonist here is clearly modelled on Wilson himself and ultimately comes across as host to a misplaced sense of self importance and superiority with a rather unpleasant character best summed up as "angry at the world because it doesn't recognise how unique he is".

So, given all this, why have I given the book three stars? Quite simply, the book is actually an enjoyable, page turning read! It is best in it's evocation of 1950's London - the city, in actuality, being the second protagonist of the story. (Yes, the ham fisted themes and techniques stolen from Dostoyevsky are poor and irritating: "The Grand Inquisitor" and the personification of psychological / existential "types" into specific individuals ala "The Brothers Karimazov" for instance, are laughable and irritating - particularly when you realise that Wilson (and therefore his characters here) seems to feel him/ themselves superior purely by dint of having read and understood these books).

It has to be conceded, however, that Wilson actually always wrote very well and kept the reader engaged and wanting to continue. His, "The Outsider" was one of the first Anglo "home grown" expositions of existentialism and he did ultimately write a handful of very good books. This is the first work of Wilson's fiction I have read and, despite, my misgivings as outlined above, and the fact that I believe the best of his none fiction books are preferable, I would still, with qualifications, recommend this book if you want to kill a couple of days - through gritted teeth!!
Read more
7 people found this helpful
Report abuse

Peakcouple
2.0 out of 5 stars A period-piece from the days before political correctness!
Reviewed in the United Kingdom on 29 December 2015
Verified Purchase
I normally like Colin Wilson but this was terrible; I suppose that was because it was his first novel. It is one of those books where everyday activities are described in detail (eg continual lighting of gas fires, washing clothes in wash-basins, tea making, and so forth) but not a lot happens plot-wise. The central theme is whether a mass-murderer is to be condemned or pitied, Wilson tends towards the latter, continually excusing the killer because he's 'not himself' and more or less disregarding the victims. The protagonist even says at one time that the women killed weren't very important, being just prostitutes and other similar types! There's a discussion on whether a gay man was made gay by his over-protective mother, and whether it's too late to cure him. The protagonist also enjoys seducing virgins and has a less-than respectful view of femininity. There's a Roman Catholic priest who is more concerned with the murderer's soul than his victims and a collection of odd types - sadists, camp homosexuals and sexually active children, making this a bit of an ordeal to read. And the book ends in mid-air, with no conclusion! Don't waste time reading this, Wilson has written much better stuff.
Read more
One person found this helpful
Report abuse

Amazon Customer
5.0 out of 5 stars Five Stars
Reviewed in the United States on 5 November 2016
Verified Purchase
Anything by Colin Wilson is good.
Read more
One person found this helpful
Report abuse

SPM
5.0 out of 5 stars Five Stars
Reviewed in the United States on 7 November 2016
Verified Purchase
Sometimes I have to reread Wilson's material to understand it, but it always makes me think.
Read more
Report abuse

Lila Richards
3.0 out of 5 stars Novel or Philosophy?
Reviewed in the United States on 30 March 2016
Verified Purchase
I used to really enjoy Colin Wilson's books, and there's no doubt he was a great writer on philosophical matters, starting with The Outsider, written when he was only 25. Ritual in the Dark was his first novel, written and published in the mid-1950s. Sadly, I found the writing stiff, and somewhat repetitive, with peculiarities that I found jarring, e.g. Instead of saying 'He took of his coat', he wouls say, 'He took off the coat.' Of course, this may have been what writers did in the 1950s, but I found it off-putting. Also, there are no quotation marks in the book, which, at times, made it difficult to work out who said what. The story concerns a young man called Gerard Sorme (whom I suspect is a young Colin Wilson in disguise), who manages to be in relationships with two women at the same time, one younger and one older than him, and his friendship with a man he comes to suspect may be murdering prostitutes in the same area as Jack the Ripper's murders. However, it is far too stilted and haphazard to be a successful murder mystery, and I found myself wishing he had forgotten that particular conceit, and just written a novel about sexual relationships. As it is, it does neither very well.
Read more
One person found this helpful
Report abuse
See all reviews
Back to top
Get to Know Us
Make Money with Us
Let Us Help You
And don't forget:
© 1996-2021, Amazon.com, Inc. or its affiliates