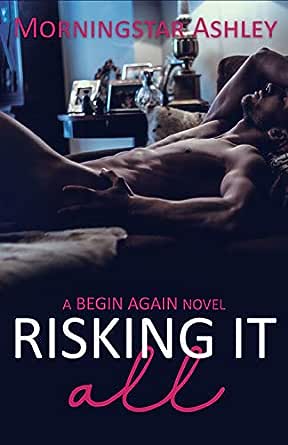 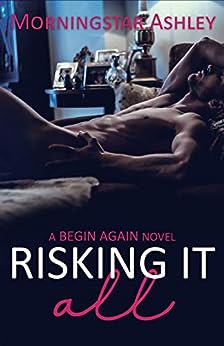 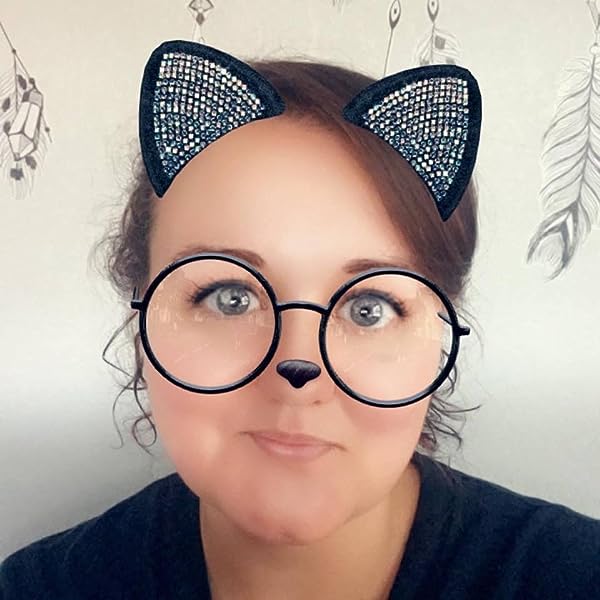 Risking It All (A Begin Again Novel Book 2) Kindle Edition

4.1 out of 5 stars
4.1 out of 5
4 global customer ratings
How does Amazon calculate star ratings?
Amazon calculates a product’s star ratings using a machine learned model instead of a raw data average. The machine learned model takes into account factors including: the age of a review, helpfulness votes by customers and whether the reviews are from verified purchases.

Vicki
TOP 1000 REVIEWER
5.0 out of 5 stars Beautiful romance
Reviewed in Australia on 2 August 2019
I really enjoyed this second book in the Begin Again series.
Jaden and Danny are so easy to connect with. They both have complex issues to work through before they get their HEA. The writing style of the author approaches these issues with compassion and understanding and in a very respectful and realistic manner.
There is no insta-love. There is friendship that is built over time and turns to love.
Old friends from book 1 (highly recommended) are involved but don’t overshadow Jaden and Danny’s story. This a beautiful romance between two men who come from different worlds but belong together.
Highly recommend this book.
Read more
Helpful
Comment Report abuse
See all reviews

MALCOLM
2.0 out of 5 stars AMBUSH
Reviewed in the United Kingdom on 2 May 2019
Verified Purchase
I have considerable reservations about this story. Both main characters have problems. One could be described as social and is known to his friends. The other has a major medical issue which he is concealing whilst at the same time trying to gain trust from those whose acceptance he wants. For me that is a deal breaker.
Read more
Helpful
Sending feedback...
Thank you for your feedback.
Sorry, we failed to record your vote. Please try again
Report abuse

padme35
5.0 out of 5 stars Must Read and Awesome Series Addition
Reviewed in the United States on 9 May 2019
Verified Purchase
I'm going to just jump right in and say though Danny and Jaden didn't quite burrow into my heart as deeply as Mac & Bennet from A Different Light, they definitely gave the first couple a run for their money. I just wanted to wrap both men up in a bubblewrap until I could make them see that as difficult as life can be they are safe to be who they are. As I am not a gay man I can't say I understand their fears, especially Danny but I can sympathize with him about being himself in a community that is less diverse than the big city and his fears of rejection from his family. Sometimes as it is with so many things in life it all comes down to a matter of timing. When he meets Jaden the time might be right to be true to himself, but whether he does and/or what the "fallout" may be is something you'll have to find out for yourself. Trust me, you will definitely want to find out.

That's not to say Risking it All is all about Danny's fears, Jaden has healing and discovery to do too, after all its part of why he ran to White Acre. But I won't touch on his part of the story either because its just something I really feel that you have to experience for yourself to truly appreciate the character's journey.

A Different Light was my first read by Morningstar Ashley and as much as I loved it and had made an internal pact to read more of her work, I'm afraid time just was not on my side so Risking it All is just my second foray into her list but I can definitely say it won't be my last. Character driven dramatic romances are not for everyone, some need more spice in their gravy to go with their meat and potatoes and hey, I love a well seasoned gravy but I don't have to have the added ingredients of murder, espionage, failing businesses, etc to make the story pop. Risking is a prime example of an incredibly well written story of friendship, romance, becoming who you're meant to be, and finding your place that hooked me in from the first page.

If you are wondering whether you need to read A Different Light first, I'd say yes. Is it necessary? Probably not. I laughed, I cried, I wanted to bang heads together, and I wanted to wrap them in huge bear hugs all at the same time but it was the friendships between Danny and Jaden and Bennett and Mac that held it all together. I know personally I felt it all just meshed together better and more naturally having known Mac and Bennett's journey from the first book. Not sure where or if the author is going next with Begin Again series but I loved it and will be right here eager to read more. Definitely a win-win from beginning to end.
Read more
One person found this helpful
Helpful
Sending feedback...
Thank you for your feedback.
Sorry, we failed to record your vote. Please try again
Report abuse

Brendal Mitchell
5.0 out of 5 stars Awesome!
Reviewed in the United States on 4 August 2019
Verified Purchase
I loved everything about this book! I totally fell in love with Danny and Jaden. They was so good for each other!
Read more
Helpful
Sending feedback...
Thank you for your feedback.
Sorry, we failed to record your vote. Please try again
Report abuse
See all reviews
Get FREE delivery with Amazon Prime
Prime members enjoy FREE Delivery and exclusive access to movies, TV shows, music, Kindle e-books, Twitch Prime, and more.
> Get Started
Back to top
Get to Know Us
Make Money with Us
Let Us Help You
And don't forget:
© 1996-2020, Amazon.com, Inc. or its affiliates