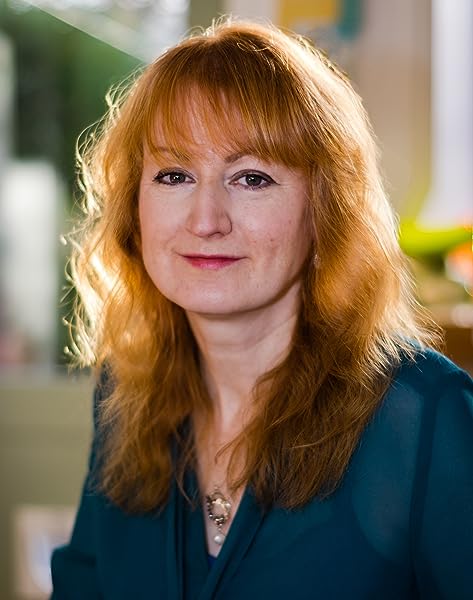 Rise And Shine, Benedict Stone: The most charming, uplifting and feel-good novel of summer 2021 from the bestselling author of The Library of Lost and Found Paperback – 16 September 2021

by Phaedra Patrick (Author)
4.4 out of 5 stars 319 ratings
See all formats and editions
Sorry, there was a problem loading this page. Try again.

‘A gem of a book. I loved it’ Sarah Morgan, Sunday Times bestselling author of The Summer Seekers

‘A charming story of self-discovery’ HELLO!

‘Eccentric, charming and wise, this will illuminate your heart’ Nina George, internationally bestselling author of The Little Paris Bookshop

‘A story of self-discovery’ Hello!

‘A feel-good story with oodles of charm’ Daily Mail

‘As charming and witty as the title suggests’ My Weekly

‘We love this sweet story about self-discovery’ Take A Break

‘With many poignant as well as laugh-out-loud moments, this is a lovely feel-good read’ Compass

The most charming, uplifting and feel-good novel of summer 2021 from the bestselling author of The Library of Lost and Found

Phaedra Patrick is the author of Rise and Shine, Benedict Stone and The Curious Charms of Arthur Pepper,which has been published in over twenty countries around the world. She studied art and marketing, and has worked as a stained-glass artist, film festival organizer and communications manager. An award-winning short story writer, she now writes full-time. She lives in Saddleworth, UK, with her husband and son.

4.4 out of 5 stars
4.4 out of 5
319 global ratings
How are ratings calculated?
To calculate the overall star rating and percentage breakdown by star, we don’t use a simple average. Instead, our system considers things like how recent a review is and if the reviewer bought the item on Amazon. It also analyses reviews to verify trustworthiness.

helen
4.0 out of 5 stars Unusual and thoroughly enjoyable
Reviewed in the United Kingdom on 14 February 2020
Verified Purchase
An unusual story and using crystals myself I enjoyed the way they helped tell it. I thoroughly enjoyed reading the book, getting to know the village and family and warmed to the situation as it unfolded
Read more
4 people found this helpful
Report abuse

Kindle Customer
5.0 out of 5 stars Happyfeet
Reviewed in the United Kingdom on 2 June 2020
Verified Purchase
Every one should read this book characters are just brilliant I could not put it down I have learned so much about the stones ben sells just brilliant wish it didn't end will read phaedra books again just btilliant
Read more
One person found this helpful
Report abuse

Amazon customer
5.0 out of 5 stars A lovely, gentle read
Reviewed in the United Kingdom on 21 September 2020
Verified Purchase
A delightful, quiet story that faintly echoes Chocolat, as different gemstone gifts from a secret-keeping wild child help to bring change into people's lives. Ultimately it's the life of her family that is changed.
Read more
One person found this helpful
Report abuse

D P Prince
5.0 out of 5 stars Wishes that are delightful to follow!
Reviewed in the United Kingdom on 13 October 2017
Verified Purchase
A delightful follow up to the curious charms. Yet again some lovely characters that you can empathise with and you soon feel yourself engrossed with the different situations as they unfold . You find yourself in turn , charmed .worried , enthused and eventually left with a warm and satisfied feeling. You can try and second guess the plot. but there are enough subtle shifts and turns to keep you fully concentrated. I also learned a lot that I did not know about the different stones!
Read more
3 people found this helpful
Report abuse
See all reviews
Back to top
Get to Know Us
Make Money with Us
Let Us Help You
And don't forget:
© 1996-2021, Amazon.com, Inc. or its affiliates