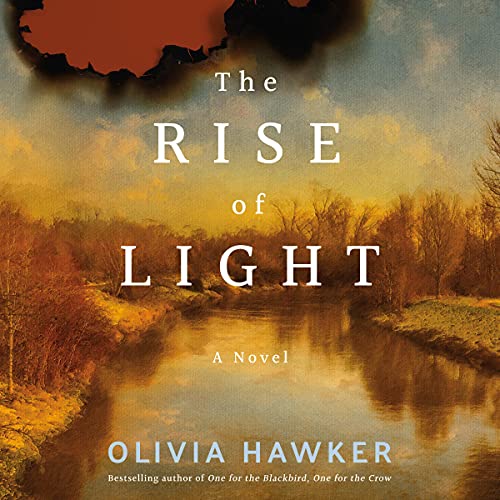 The Rise of Light: A Novel

There are 0 reviews and 19 ratings from Australia

Jess
4.0 out of 5 stars Not Olivia Hawker's best
Reviewed in the United Kingdom on 26 August 2021
Verified Purchase
I enjoyed this book but not as much as I have enjoyed this writer's other books (I have now read all three). It took a fair while to really get going and I felt it was slightly too long. However, the disaster scene at the end of the book was horrifying and so well written I felt as though I was there. My heart was in my mouth and I got quite upset about it. It is just a shame that most of the rest of the book did not live up to it. Still, it was a good story and although I would not place it at the top of my reading list of books to read again it was quite engrossing.
Read more
Report abuse

Neenaj
5.0 out of 5 stars Rewarding
Reviewed in the United Kingdom on 1 October 2021
Verified Purchase
Slow to start. Full of annoying prejudices and clichés. Sensitive and thoughtful as it developed. The characters seemed two-dimensional at the beginning and grew in stature towards the climax. I love this book. I feel sad that the account has ended and want to know the next chapter.
Read more
Report abuse

Anna
5.0 out of 5 stars Loved this book!
Reviewed in the United Kingdom on 16 September 2021
Verified Purchase
I found this read a refreshing change from other novels, as I have with every one of Olivia Hawker’s books. Please keep them coming!
Read more
Report abuse

Gerrie
3.0 out of 5 stars Disappointed
Reviewed in the United States on 25 August 2021
Verified Purchase
I was looking forward to reading this book and was very disappointed. It was so depressing! I also felt it was very repetitive , many of the descriptions were repeated in new scenes. The ending was good but it took a long depressing road to get there. Hope her next book is more like her first two books.
Read more
20 people found this helpful
Report abuse

Karen Heenan
5.0 out of 5 stars What makes a family?
Reviewed in the United States on 21 August 2021
Verified Purchase
Every happy family is the same, but every dysfunctional family makes absorbing reading. The Rigby family is no exception - in fact, they might be a prime example.

The Rise of Light is a richly detailed portrait of a family, a community, and a religion that both holds and tears apart that family and community. For all that the main characters are sympathetic, none of them are particularly likable, because they all keep secrets and hurt each other to protect themselves. Gad, the patriarch of the Rigby family, is an awful human: an abusive father, a distant husband, and something more, which, when his carefully seeded backstory appears, makes you empathize with him even as you want to punch him into the next state.

Aran and Tamsin, two of Gad's children, deal with their father's tempers in different ways. Aran tries to conform and to make his father happy, but nothing he does will ever be enough - and if his father discovers his secret painting, it will get even worse. Tamsin wants nothing more than to escape and be able to control her own life.

As always, Hawker is top notch at her descriptions of landscape, so vivid that you can see it. Her handling of Aran's art, how he sees light and renders it on canvas, are is also very convincing and evocative.

This is another fabulous book from Olivia Hawker, only slightly less perfect than her One for the Blackbird, One for the Crow, which is one of my absolute favorites.
Read more
14 people found this helpful
Report abuse
See all reviews
Back to top
Get to Know Us
Make Money with Us
Let Us Help You
And don't forget:
© 1996-2021, Amazon.com, Inc. or its affiliates