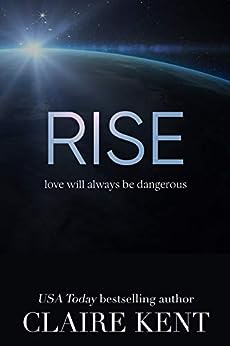 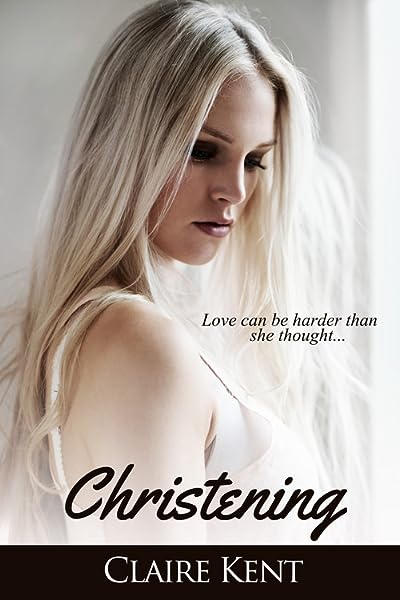 mia
5.0 out of 5 stars Clever exciting finale to this wonderful series
Reviewed in Germany on 15 December 2017
Verified Purchase
What a great book. Each book really contributed a different viewpoint rather than just a different couple in this universe of the Coalition - although the second is my least favourite of the four. RISE- as all the others in this series - can be read as a standalone. If you read it as part of the series it'll be interesting to read about Desh only as Talia's getting to know him, while you may already have formed an opinion about him after meeting him in FALL It works though. As always I'm amazed by Claire Kent/Noelle Adams' ability to write from one character's perspective and still get the other character's thoughts across without spelling it out in dialogue. Such clever writing and as always emotionally convincing. There must have been done some plotting for the story to come together in the end - however it all reads natural and never feels forced. Really love Talia and her journey of discovering natural desires and dreams that had been surpressed from early age. And Desh's journey is great too - while he's certainly a hero, he's also flawed and thus he feels real.
Read more
Report abuse
Translate review to English

rebecca wheeler
3.0 out of 5 stars Rise
Reviewed in the United States on 8 March 2018
Verified Purchase
<strong>Rise</strong>

I would have preferred more of a Rise against the rebellion kind of book, but as sexy erotica it was a quick enjoyable read.

"Hold" (book 1) for me was the most exciting book. It was gritty, brave and sexy and kinky (public sex) and sci-fi, with the feel of a Riddic (movie) setting. Most of all, I felt it was mature and the smart kind of writing that I really enjoyed from "Escorted."

"Fall" (book 3) I found equally as brilliant. Perhaps because I enjoyed a more mature female lead, as in Hold, more strength while thrown into an unknown world.

I have mostly enjoyed this series, but have to keep in mind that front and foremost these are erotica, not sci-fi. As erotica, they are very sexy reads, with the planetary worlds and evil coalition very much on the light side, the outside, the background. With the exception to Hold and Fall, books 2 "Release" and this one "Rise" I found were sexy, but SAFE. Easy sexy reads that you're not going to sweat over too much due to low angst, no real danger. Probably perfect for romance readers wanting to explore Sci Fi for the first time.

As a sci-Fi and fantasy reader, Rise is mere shades of what they could have been if they were 600+ page novels in dual POV's; In comparison, Marissa Meyer's The Lunar Chronicles, they are not. I would have loved if this wasnt a novella format, to have had more show not tell. Show us Desh's life as as assassin in training. Show us the Epilogue as being more part of the story instead of being a round-up of news. I'm sad of what it could have been, because I'm left feeling kind of unsatisfied in that respect.

Having said that, the author wrote that her intent was not to write about the rebellion, but (to quote) "exploring in four different ways how an oppressive regime like the Coalition could affect the most intimate parts of humanness, including sex and sexuality. It took a long time, but I’m really glad I finished the series, and I’m particularly happy with what I was able to do with Fall and Rise."

This was an easy quick read that I mostly enjoyed. Perhaps a little Nice. And Easy. Not my favourite heroine, Definitely not the kind of depth that I've enjoyed from some of the other books in this series. But I do think mostly this author met her objective for this as a series in whole, I adored how sexuality was explored in some very different worlds. I am completely there for more writing from this author, and have to check out books under her alter ego, Noelle Adams. She sure knows how to write a sex scene.

carvanz
5.0 out of 5 stars Such a beautiful, unique ending!
Reviewed in the United States on 1 August 2021
Verified Purchase
Oh my! What better way to end this series?!

Once more, this is an unusual storyline. Once I learned what Talia’s position in the coalition was, I wasn’t sure if I was going to be able to fully connect with her. But her character was developed with so much emotion, hope and longing that it was impossible for me to not love her. Watching her emotional changes was an exceptional journey that I greedily devoured. Despite her job, I believe there is a little bit of Talia inside so many of us.

Desh was not the full, in your face, alpha. Instead, he knew his position, what he had to do and did it. He felt all the emotions but respected that Talia was in a certain place that hindered her ability to be what he hungered for. I especially loved what he was willing to sacrifice and then the excitement I felt when he turned the table on her to show her the importance of her own actions.

I loved the hope that ends this book and this series. I didn’t realize this author was going to take it this direction, but then again, this whole series has been one unique story after the other. Usually, I’d be demanding to know all the little details as well as an extended epilogue. This is the first time I can truthfully say, this is perfect in its incompleteness. It left me with my own imaginings for each of these couples as well as Talia and Desh and I absolutely loved it that way!
Read more
Report abuse

Justirishgirl
4.0 out of 5 stars wanted heroes point of view
Reviewed in the United States on 17 February 2018
Verified Purchase
Talia and Desh were likable characters. The both seemed naive despite the fact that Talia was a prostitute. However Talia was only 18 years old and Desh had limited exposure to other people in more recent years due to where he was previously living.

SPOILERS SPOILERS
Desh was a virgin until he was with Talia, which was unusual since he was 28 years old but a nice surprise. I was hoping that Talia would give up sleeping with OM after meeting Desh but that did not happen. While he initially accepted it as the story progressed he became more upset that she was still sleeping with OM. I wanted him to go all jealous and possessive alpha and demand that she stop but that did not happen either.
END OF SPOILERS

There were hot sexy times. The story was only from Talia's point of view and I would have liked to have Desh's as well. The prior heroes and heroines made an appearance in the last couple chapters of the book and it made me want to reread Hold the 1st book and Fall, the 3rd book. I was not a fan of Release the 2nd book in the series and so I will not be reading it again.
Read more
4 people found this helpful
Report abuse
See all reviews
Back to top
Get to Know Us
Make Money with Us
Let Us Help You
And don't forget:
© 1996-2021, Amazon.com, Inc. or its affiliates