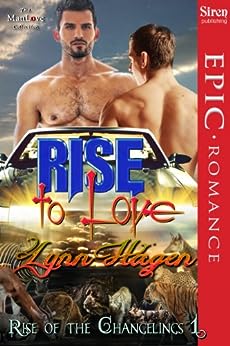 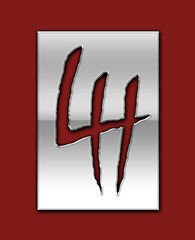 peekaboo
5.0 out of 5 stars Changelings are out of this world
Reviewed in the United Kingdom on 18 March 2014
Verified Purchase
I loved each and every one of the Changelings. I really liked how you kept up with all of the leads in the next books so that you knew what was going on with them and not left wondering what happened to them all.
Read more
Report abuse

Robert Carnevali
5.0 out of 5 stars The start of an engaging and epic story
Reviewed in the United States on 30 May 2013
Verified Purchase
Spanning seven novels, "Rise of the Changelings" covers an epic war between humans and the now-exposed supernatural beings living amongst them. A serial with a huge cast of characters, the books are meant to be read in order and include action, suspense, romance, eroticism, and drama.

The premise is as thus.... shapeshifters (called 'changelings') have lived among us for many generations. They originally came from another dimension and got here when the barrier between our world and their world weakened. Changelings basically are comprised of your basic shapeshifters (they look human, but can turn into wolves, cougars, bears, or any one of many species of animals) and vampires. They lived among us in secrecy for generations, but a proud lion shifter felt that they should be able to live in the open and exposed them all in an interview. Some humans found this exciting, others frightening. Some humans embrace changelings as sentience being more diverse than previously imagined, others believe changelings to be nothing more than animals with no rights. Three years have passed, tensions have peaked, and an open war breaks out against the changelings.

Enrique Marcelo is the Alpha (leader) of a local wolfpack. He's also a regional manager for a chain of supermarkets. As per changeling law, since he has reached 35, is an Alpha, and still doesn't have a mate, his pack can pick candidates out and he must choose one. It's a big surprise when one of the candidates is Dorian, a human worker at one of his supermarkets (who is also surprised as he wasn't told he'd be one of the candidates and doesn't even know Enrique is a changeling). When Enrique gets accused of killing three other changelings, and Dorian gets pulled into drama, it becomes apparent that some people are orchestrating confrontations that escalate to a full-blown war against changelings. On the run, Enrique finds himself being cast as the leader of all changelings, and he and Dorian must organize everyone for survival and find some way to end this war.

Each book in the series focuses on key individuals who eventually form romantic partnerships. The romances range from twosomes and threesomes to heterosexual, bisexual, and gay. There's plain vanilla romances, and there's dominant/submissive bondage partnerships. One thing remains constant though, and that's the constant ongoing war as the protagonists are kept on the run from both the government and private pro-human militia groups while trying to survive and orchestrate their rebellion. Help from sympathetic humans, betrayals from their own, attacks from a vampire leader who has his own agenda.... all events build up and escalate over the seven novels as the U.S. is plunged into what amounts to a civil war and a country under martial law. It's an ambitious project from Lynn Hagen and she handles it quite well.

That's not to say that there aren't some minor weaknesses within the overreaching story. Government military leaders orchestrate the war, but there's little feedback from the government itself other than the few military leaders acting covertly. This creates a few questions as to the actions and feelings of Congress, the Senate, and the President. This war also focuses on the U.S., but since changelings are worldwide, what's happening in other countries? The U.S. appears to be trying to eradicate changelings, but would other countries be doing the same, or would they be taking advantage of changelings by incorporating them into their armies? Something of this scale would have world-wide ramifications, but only the U.S. is explored.

Still, it's an epic storyline the propels the reader through all seven novels to reach an eventual climax. Smooth writing, interesting characters, strong dialog, a gripping plot... everything combines to elevate this series to possibly Lynn Hagen's finest work. Each book shifts focus to the relationship between two (or more) individuals, but never loses sight of all of the other characters, and the cast is large. Start with the first book, and you'll soon find yourself pulled through all seven. It's one heck of a rollercoaster of a ride.
Read more
Report abuse

Daniel Bowen
5.0 out of 5 stars Great Series, Worth Reading For Chick Light M/M Shifter Romance
Reviewed in the United States on 5 March 2014
Verified Purchase
I picked up this book, Rise to Love, when I was looking for something light, little conflict, guaranteed HEA, shifters, and m/m interaction. I appreciated a longer story, but I had to judge that against the cost. Seven books at $6 something. That's a good chunk of change. But I decided to try and took the authors advice and started with book one.

The story instantly captivated me. An alpha looking for a mate. He's 35, in charge of his pack, and 3 candidates were selected. A female wolf, a male wolf (both pack mates) and a human. A human? And he doesn't know what he's getting into by showing up at a backyard barbecue?

This series is well plotted, written, and executed. I wrote reviews on book four and six but the first needs one too. This series needs to be read in order to enjoy the full experience. Dorian and Rick, the main characters in this first book, continue throughout the series. Now my personal opinion is they don't need their sex lives repeated in each book, multiple times. . . But the advancement in their relationship as it changes and matures is nice. There is focus on other pairs and their lives change and are mentioned, too. Lynn Hagen does an excellent job continuing all those stories and concluding them.

So if you want a m/m shifter romance, look no further. The reading is light, no deep angst, the characters are well drawn, and the situations believable. This is a pairing meant to be. I hope we have a few more stories in this series - Dan's Wife

EDIT to add: I wish this series had more furry moments. So much is focused on Rick and Dorian from book to book but seldom do we see Rick going furry. Not even on the full moon. I like my shifters to show their fur.
Read more
One person found this helpful
Report abuse

Mary
5.0 out of 5 stars I have read all seven of this series and devoured them when they came out.
Reviewed in the United States on 14 April 2013
Verified Purchase
Loved this series. Well worth getting all seven.
HUGE SPOILER ALERT

I loved the fact that we continue to get Rick and Dorians story all the way thru as well as the others whose books they were. The continuing arc was Rick and Dorians story to tell and LH did this beautifully.
We weren't dragged from pillar to post but the story seamlessly flowed and at no time did I feel lost or unsure. There was suspense and pace and love and sex and everything you could ask for in a fantastic book and series.
The warning comes with this book as well as the other six that it is not a stand alone book.. and you should be aware of this as well as MM MMF MMM and MF relationships and sex.
And it is hot hot hot!!! You will not regret it . I loved it...
Read more
2 people found this helpful
Report abuse
See all reviews
Back to top
Get to Know Us
Make Money with Us
Let Us Help You
And don't forget:
© 1996-2021, Amazon.com, Inc. or its affiliates