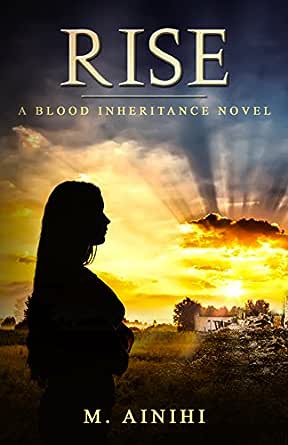 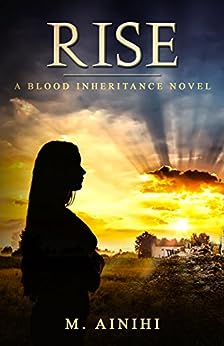 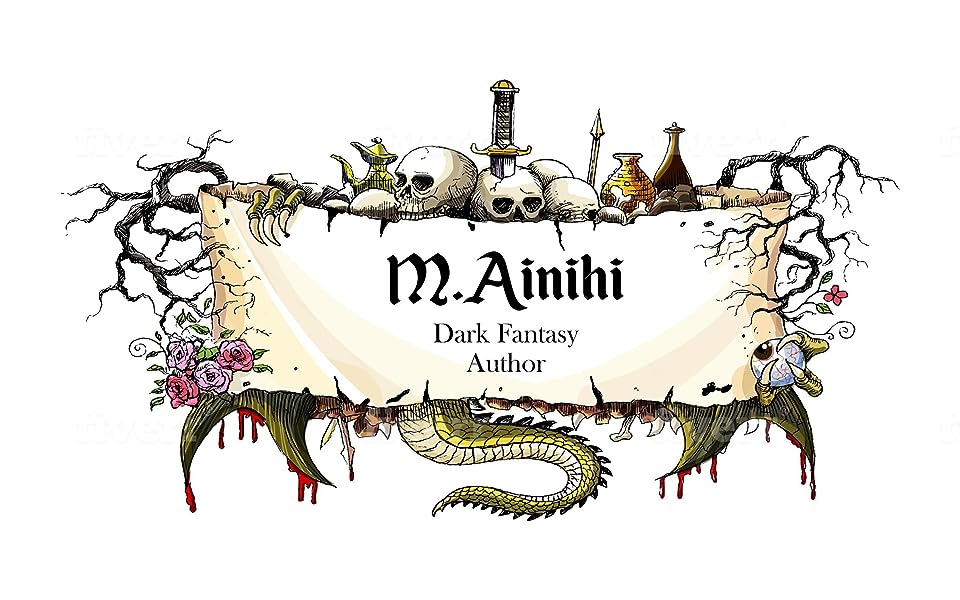 “This unique plot, combined with the magical worlds that M. Ainihi weaves in her novel,

makes Rise a memorable tale. Enthusiasts of Sarah J. Maas will enjoy the dark world of

know more about this mythical place.”- The Book Review Directory

M. Ainihi is a passionate Fantasy Author, proud Mother, Wife, and Adventurer. Hailing from the wilds of Upstate New York and currently residing in the Chicagoland area, Rise is her first novel in a planned quartet. --This text refers to the paperback edition.

HM Holten
4.0 out of 5 stars YA Fantasy
Reviewed in Germany on 19 October 2020
Verified Purchase
A girl, Amanda, and her father live a comfortable life together. They make weekend trips, and on one of these, Amanda finds an artefact. It turns out to be the prison, holding a jinni, Erol. Erol must serve her for the rest of her life. Amanda has no idea of the dangers surrounding her, but she soon loses her father and gets confronted with an evil Sorcerer and his creature a twisted Genie. The sorcerer sends Amanda on a quest and, unable to resist, she complies. This opens new worlds to her and forces her to change her opinion of a world where mythologies clash.
Sending a youth on a quest, a common YA fantasy idea that may seem inept, but Ainihi’s writing brings the different realms to life. This is as much a coming of age tale as a fantasy and that’s what makes it worthwhile. The characters are solid, and all, maybe except the evil sorcerer, have a share of humanity. A fast-paced novella that serves as an introduction to the four-part series of which it’s the first part. Recommended.

Amy Miller
5.0 out of 5 stars Magic Across Dimensions, a unique world of jinn and humans and more!
Reviewed in the United States on 19 January 2019
Verified Purchase
Rise is the first book in a fantasy quartet that will sweep you away to different worlds/planes of existence as you meet jinn and humans that feel new, but also remind you of who you are. It's an interesting world with plenty of lore (one of my favorite bits!). Not only did I enjoy and understand Amanda, but I felt like I was right there with her as she went through a coming of age and learned about her past and herself. M. Ainihi expertly joins her 2nd book to this one by giving a glimpse of Emily, the heroine in book 2. I so want to know Emily now! I haven't really read many genie books, so this one was a delight to read and makes me yearn for more!
Read more
Report abuse

Mark Schultz
5.0 out of 5 stars I really liked this book.
Reviewed in the United States on 30 March 2019
Verified Purchase
This is a fun and exciting story, I really enjoyed reading it! I knew very little about jinni or genies before reading this book. Of course, I have seen Disney’s Aladdin and I remember hearing about 1001 Arabian nights, but that is all I know about this mythology.
The plot was hair-raising at times, it was hard to put down. The dialogue was quite good, most of the time. I liked the scene-setting. The action was above average.
I give Rise a score of 4.5, it would have been higher except for the handful of spelling errors I found.
Read more
Report abuse

Lavendar Lilly
4.0 out of 5 stars Not Robin Williams' genie.
Reviewed in the United States on 30 October 2019
Verified Purchase
This is a quick YA read with a unique premise: jinn. A lot of paranormal literature focuses on vampires, etc., and that's cool, but I appreciate how the author engaged with less-known supernatural entities for source material here. The book starts off where the protagonist has an unexpected encounter with a jinn (genie), and the two forge a relationship that causes conflict throughout the rest of the book.
Read more
Report abuse

Amazon Customer
5.0 out of 5 stars These are awesome quilities, I feel
Reviewed in the United States on 28 April 2018
Verified Purchase
This read is surprisingly enjoyable. As it carries the reader into unknown territories, to explore and experience. These are awesome quilities, I feel, which are delightful surprises to further inspire and carry me as a reader, into the world of suspense and magic. I can't wait for the second sequal. This read left me, with a insatiable desire for more adventure, to follow.....
Read more
Report abuse
See all reviews
Get FREE delivery with Amazon Prime
Prime members enjoy FREE Delivery and exclusive access to movies, TV shows, music, Kindle e-books, Twitch Prime, and more.
> Get Started
Back to top
Get to Know Us
Make Money with Us
Let Us Help You
And don't forget:
© 1996-2020, Amazon.com, Inc. or its affiliates