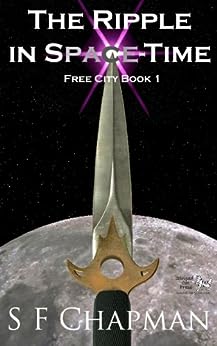 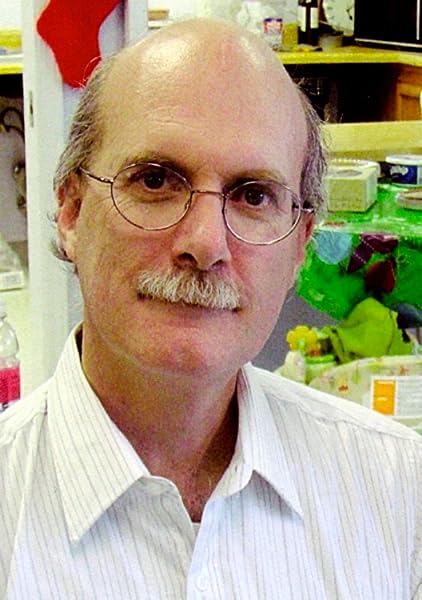 A lifelong Northern Californian, S F Chapman traded his construction job for the more docile profession of novelist in 2008 when the US economy faltered. The tireless author has since written eight books. His first, "I'm here to help" (published by Striped Cat Press in July of 2012), is a literary fiction novella about a teenage daughter looking for answers to some troubling inconsistencies in her birth certificate. "The Ripple in Space-Time" (published by Striped Cat Press in February of 2013) is Chapman's second book. It is an exciting science fiction detective adventure set in a moldering and corrupt future controlled by greedy warlords. The author's third novel "On the Back of the Beast" is an action-packed Contemporary Fiction tale about a massive earthquake that destroys the San Francisco Bay Area. It is now available from Striped Cat Press. Other completed works awaiting publication are the post-apocalyptic soft science fiction MAC Series consisting of "Floyd 5.136," "Xea in the Library" and "Beyond the Habitable Limit;" and a recently completed sequel to "The Ripple in Space-Time" entitled "Torn From On High." Chapman is currently writing a rough-and-tumble literary fiction novel about homelessness called "The Missive In The Margins." S F's huge gray male tabby cat keeps him company while he writes and was the inspiration for Striped Cat Press. --This text refers to the paperback edition.

3.6 out of 5 stars
3.6 out of 5
20 global ratings
How are ratings calculated?
To calculate the overall star rating and percentage breakdown by star, we don’t use a simple average. Instead, our system considers things like how recent a review is and if the reviewer bought the item on Amazon. It also analyses reviews to verify trustworthiness.

Adina Luca
3.0 out of 5 stars News from the future
Reviewed in the United Kingdom on 7 September 2013
Verified Purchase
This is a creative novel in many ways. Chapman develops the space and time background of the account through press releases, which link their past (our present) with their present (our future). If it sounds confusing, that is because we are in 2445 and, contrary to what we may hope today, the future will drive us to wars left, right and centre. The world will have changed by then.

And the geographical references have changed. You have the Free City - location undisclosed - Dublin is a slump full of bad pubs and the criminals reside in some outerspaces. You can place the Free City anywhere you wish, but don't count on New York as it was destroyed by one of the two AmeroAsian wars.

Slightly formulaic at times - the baddies are baddies and we know who the heroes are from page one - it is nevertheless entertaining. I did fall for space cop Ryo, but then I was expected to. He is the hero. This is what happens when you throw together complicated physics, a womanising boy, a science-expert mother in distress and lots of badly smelling pirates.
Read more
2 people found this helpful
Report abuse

James Goulding
5.0 out of 5 stars Solid entertainment
Reviewed in the United Kingdom on 6 September 2013
Verified Purchase
In his introduction to this novel, the author writes that he imagined Rutger Hauer in the role of super-villain, and perhaps Bruce Willis as the greying protagonist Ryo Trop. Chapman's writing does indeed bring to mind these personalities, and the pessimistic, gritty futurism of such science fiction classics as "Blade Runner". Fans of that type of genre film should definitely add "The Ripple in Space-Time" to their reading lists.

Ryo Trop is a 25th-century detective, asked to investigate the destruction of an cutting-edge energy research laboratory on the moon. Although it seems innocuous at first sight, it soon becomes apparent that this assignment has propelled Ryo into a world of danger. The novel's most interesting feature is that several chapters take the form of fictional, futuristic news bulletins. A similar technique was used by Vernor Vinge in "A Fire Upon The Deep"--I find it immersive, and it creates interesting changes of pace. The story builds to a thrilling climax that left me wanting to read more; I guess I'll have to search for some of Chapman's other books.
Read more
Report abuse

Charlie-B
4.0 out of 5 stars Lighthearted & Entertaining
Reviewed in the United Kingdom on 30 August 2013
Verified Purchase
This easy reading sci-fi book is based 400 years in the future. The story opens with a news report about the researcher Jana Fesai and how she has died in an unexplained blast which has obliterated the Lunar Ultra Energy Research Laboratory.
The story then follows the quest for the truth behind the blast which introduces the main characters - Ryo Trop, Lev Fesai (son of Jana) and Keira Norton.
The book has a lot of humorous content and the dialogues and observations are well written and witty which ensures that the book is an entertaining read. The author has said that he enjoyed writing this book and I think that this reflects in the story.
I liked the way that there were news reports recorded throughout the book which gave the reader additional information on the background of how the world worked 400 years in the future.
I found this to be a lighthearted entertaining novel and would be pleased to see at least one sequel to find out how the characters developed.
Read more
One person found this helpful
Report abuse

Michael Todaro
4.0 out of 5 stars Good new sci-fi
Reviewed in the United Kingdom on 6 September 2013
Verified Purchase
I was pleasantly surprised by 'The Ripple in Space-Time', a detective story set in a noir, urban future.

The events of the book, which is composed of short, punchy chapters, take place in the year 2445. The premise is that an immense structure on Luna has been destroyed in an explosion that killed hundreds of people, including a brilliant quantum physics researcher. Ryo Trop of the Free City Inquisitor's Office, respected for its impartiality amidst Earth's autocratic politics, is obliged to investigate. Trop is an ethical Taoist, and conscious of his advancing age. That makes him a little unusual by the standards of sci-fi heroes, but his interesting personality adds flavour to the story. Many of the secondary characters, which range from daredevil space pirates to despotic Tsar-warlords and slave girls, are also memorable.

I finished 'The Ripple in Space-Time' over a weekend, and would recommend it as light reading.
Read more
Report abuse

Jaye Richards-Hill
5.0 out of 5 stars A worthwhile leap for non Sci-Fi readers and a reward for those who love the genre
Reviewed in the United Kingdom on 18 October 2013
Verified Purchase
The Advent of the Kindle introduced me to Science fiction, a genre that previously I had no taste for , and yet I now keep discovering these hidden gems on the kindle bookshelf and return repeatedly for more. This is undoubtedly one of those gems.

The idea that this is what the world will look like in the not too distant future is quite sobering, and yet the characters are as human as we are today. The sense of humour, a sense of ambition, and the essence of politics become ageless in this novel, where I became acutely aware that not only will human nature not change in the future, but little has probably changed since the past. The idea that newspaper articles will still exist in a few hundred years time, provided a familiar connection between the world we live in and the world our future generations will live in.

Chapman has expertly taken what we know and are familiar with into the future and constructed a story with believable characters and a believable future view. While this is essentially a sci-fi story it blends well with the humor, suspense and historic type narrative that appeals to a larger base of readers. I would recommend this read even to those who shy away from stories that delve into the future. Its definitely a worthwhile leap for newbies to this type of writing and reward to the die hards.
Read more
One person found this helpful
Report abuse
See all reviews
Back to top
Get to Know Us
Make Money with Us
Let Us Help You
And don't forget:
© 1996-2021, Amazon.com, Inc. or its affiliates