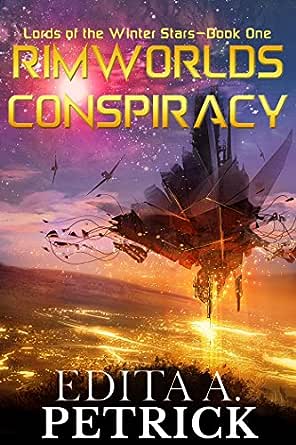 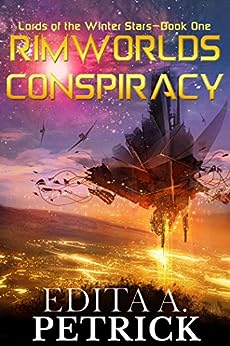 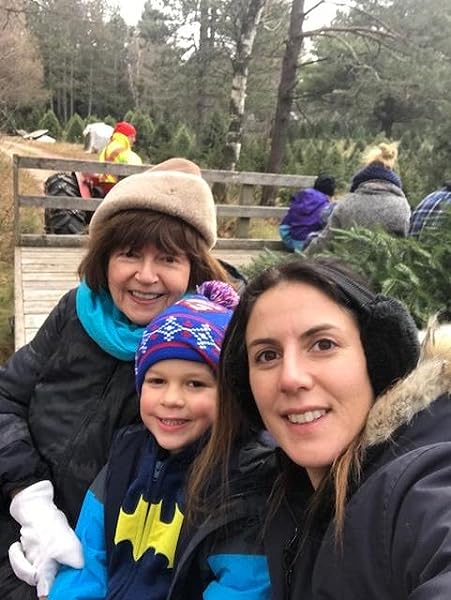 “Rimworlds” is an epic saga about galaxy at war in this science fantasy fiction.

Arun Dyem is fighting for her people’s survival on her home planet of Hettamir. Regent Banoran, a warlord of the New Hebrides Territory, will do everything possible to defeat her.

Once a highly paid prostitute on the planet that is enslaved to tourism, Arun has emerged as the leader of her people. Through her efforts, they are on the verge of signing a treaty with the Galactic Assembly of Star Systems, also known as the Confederation, to improve their lives and keep them safe from privateers based in New Hebrides. Understanding the significance of the treaty, the Confederation has sent Avram DeWynter, the younger brother of the Confederation’s president, to represent them. With Avram is his wife and infant daughter and sixteen-year-old Daniel DeWynter.

The regent of a Confederation frontier post, Picco Banoran has never severed his privateer ties with the New Hebrides space pirates. Now he must insure the treaty is scuttled without overplaying his hand. Using his considerable ability to manipulate events without seeming to be involved, he sets up a situation where Arun, Avram’s wife and child, as well as their nurse, are captured by the New Hebrides privateers.

Can they survive? Or does fate have a different outcome in mind—one that will set the galaxy on a new course?

The first book in a new science fantasy series, Rimworlds Conspiracy provides all the excitement and intrigue of a galaxy science fiction. If you like complex worlds, entire galaxies at risk, and the struggles and triumphs of individuals trying to make their world a better place, you will enjoy this book.

Anna-A
5.0 out of 5 stars Amazing story!!
Reviewed in the United States on 6 October 2015
Verified Purchase
What an intense and imaginative story that had me on the edge of my seat and completely enthralled until the very last page! I simply could not put the book down. The author has such an incredible gift and unique writing style that I was completely blown away with how well-written this story is. I am a huge fan and avid reader of sci-fi stories… so I usually expect a lot from my authors and am very critical when I do a review. But I must say… this one really took me by surprise. The story line is well conceived and flows nicely. The characters have been well crafted and are completely believable. There are also a lot of well-placed cliff-hanger moments that really keep you guessing. Now I don’t like to give away plots to the books that I read as I would never want to spoil a good story for another reader. But, if you like science fictions novels as much as I do, then I guarantee that you will love this book. All-in-all it was a great read and I highly recommend it to everyone! 5 big stars!
Read more
3 people found this helpful
Helpful
Report abuse

Messages For The Soul
5.0 out of 5 stars A great fantasy story
Reviewed in the United States on 10 October 2015
Verified Purchase
I love a good fantasy story and, if it has other elements included to make it more intriguing, all the better. Author Edita A. Petrick's "The Milestone Conflict" is a fantastic mix of fantasy, sci fi, adventure, suspense, romance and so much more and I thoroughly enjoyed the read. A story about a "turning point" of sorts that is also part test that involves a man named Avram and his quest that becomes incredibly complicated by politics and traitors. A great read that was so easy to get lost in with some well developed characters and an interesting story line. Looking forward to the next installment in this series.
Read more
3 people found this helpful
Helpful
Report abuse