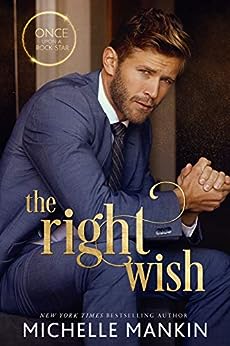 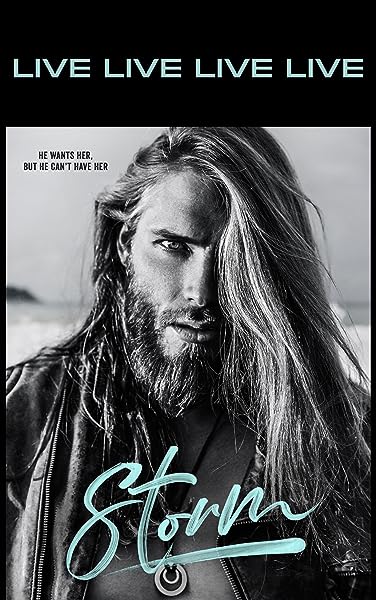 The Right Wish: A Modern-Day Retelling of Snow White (Once Upon A Rock Star Book 2) Kindle Edition

4.6 out of 5 stars
4.6 out of 5
65 global ratings
How are ratings calculated?
To calculate the overall star rating and percentage breakdown by star, we don’t use a simple average. Instead, our system considers things like how recent a review is and if the reviewer bought the item on Amazon. It also analyses reviews to verify trustworthiness.

Doris
TOP 500 REVIEWER
5.0 out of 5 stars Fairytales Do Come True!!
Reviewed in Australia on 27 March 2020
If you are looking for a HEA done with a hint of rock romance and plenty of steam that can break your heart one minute and then leave you with the biggest smile this is definitely a book for you. Brad was a business manager for rock stars and was hiding a deep secret that he kept locked away in a room. Camaro was a sweet charming one-time hooker trying to make it the best she could. Her best friend and confidant Jewel was married to Brad’s best friend and rock star Rush. That’s what got Camaro in the sites of the job-focused Brad.

I absolutely loved this book and would highly recommend it. For me this author always brings me books that has me flipping pages at a fast past throughout the night only to leave me with a book hangover at the end. It’s full of angst, sweetness and dirtiness all thrown into one book.
Read more
Helpful
Report abuse

Wiley Kate (Kylee)
TOP 500 REVIEWER
5.0 out of 5 stars Brad and Cam are the perfect harmony
Reviewed in Australia on 27 March 2020
The Right Wish took me on a magical journey like witnessing a shooting star on a clear night. Brad and Cam have a majestic chemistry that serenaded my heart. Their past at times broke me, their present had me anxious, hopeful and lost in the music from their souls but best of all was the future I was dreaming of for these two characters. Two people drawn to each other by the words, the rhythm and the connection. This modern day fairytale had my eyes filling with tears as Cam and Brad allowed the past to hold them back, as declarations were left unsaid, misunderstandings left unexplained and shadows of the dark lingered. Their story was passionate, heartfelt, sensual and at times confronting. As the melody of their love danced across you, your skin tingled, your heart soared and your soul was soothed by the perfect harmony that was Brad and Cam.
Read more
Helpful
Report abuse

Aussie Reader
TOP 1000 REVIEWER
5.0 out of 5 stars Simply the Best Frenimies in a Long Time
Reviewed in Australia on 26 March 2020
The Right Wish by Michelle Mankin is undoubtedly a 5+ stars read. I simply couldn't put it down! I've read several books by Michelle & must admit that a couple didn't hold my interest. But The Right Wish offers a fascinating glimpse into a world that is both fulfilling & limiting for Brad & absolutely soul-destroying for Cam. He is a Manager for Rock Groups & she's the best-fried from the first book in the series. They are chalk & cheese! Or are they? She's a dreamer, kind, caring & determined to earn her way. He's strong, precise, organised & efficient but he's also caring & committed to those who put their faith & future in his hands. They clash, snipe, cajole & bicker...
This is such a beautiful flowing story, I could easily read it again, right now! Do yourself a favour, especially when we are facing uncertainty in the world, read The Right Wish & you will enjoy every moment.
I received a ARC from the author d my review is strictly my personal opinion
Read more
Helpful
Report abuse
See all reviews

Kindle Customer
3.0 out of 5 stars Happy ever after...
Reviewed in Canada on 13 February 2021
Verified Purchase
Brad and Cam was the story of an unlikely pair of people who fall in love despite so many obstacles in their way. A “retired” prostitute, Cam has very low self esteem and thinks Brad is simply taking her under his wing as a project. Brad, however, caught feelings for Cam when they first met and changes his entire life around to take care of her and keep her safe. We then find out Brad is a rock star at heart and Cam sets out to convince him to return to his first love of singing.

Not as good as book one but still an entertaining story.
Read more
Report abuse

MJLovestoRead
5.0 out of 5 stars Fairy-tales do come true is this captivating and swoony love story!
Reviewed in the United States on 26 March 2020
Verified Purchase
The Right Wish is all kinds of swoony goodness. I'm truly loving this 'softer' side of Michelle Mankin, in which she delivers the kind of love story that has a subtle kind of angst paired with that meant to be kind of feeling.

We got more than a glimpse of Camaro and Bradley from the first book in this series, The Right Man, and these two secondary characters certainly get their time in the sun this time around. You can tell right from the start that despite their seemingly cantankerous dialogues that there is more than meets the eye. Both harboring secrets that prevent their hearts from getting too close, too hopeful. But it's more than evident that when they are suddenly finding themselves living together, while Rush and Jewel are on the road, that perhaps both Brad and Cam's walls will finally start to crumble.

Both Cam and Brad are truly wonderful souls. They have a selflessness that is hard to resist and I was rooting for them to find a way out of their hesitance for something more and to see that they are worthy of an all-consuming love. As Mankin pulls out all the stops in this thoroughly enthralling tale, the true sense of love and loyalty is presented over and over again with these down to earth characters. And I loved being able to watch them soar.

The Right Wish will keep you smiling and sighing and you'll cherish every single minute, with an ending and epilogue that is out of this world fantastic! 5 solid stars!
Read more
2 people found this helpful
Report abuse

Linda @ (un)Conventional Bookworms
4.0 out of 5 stars Kindness, forgiveness and hotness
Reviewed in the United States on 27 March 2020
Verified Purchase
4.5 stars

The Right Wish brought me so many feels! Cam had such a beautiful pure heart, and she always did what she could to make everyone around her feel better. She had a hard time giving the same kindness to herself, though. She was hung up on the mistakes she had made (which is understandable), and had a little trouble at firs to see her own worth.
Brad was a fantastic hero - even if I didn't really like him at the very beginning of the story. Once I understood him better, though, I fell head over heels for both him and Cam.
The Right Wish is a beautifully written story, with both stories and song lyrics within the story, and I loved how much love and kindness were included here. The themes were very strong, too, kindness can go a very long time, and I think especially these days, it's even more important than usual. Self forgiveness is a strong theme here as well, and I felt like Cam grew so much when she finally realized just how worthy she was - of love, of forgiveness, of friendship and of kindness.
Mankin brought out all the stops here, and she has woven such a beautiful, romantic, hot and sweet story I just want to sit down and disappear in it again.
Read more
One person found this helpful
Report abuse

Susan D
5.0 out of 5 stars Beautiful!
Reviewed in the United States on 28 March 2020
Verified Purchase
Beautiful! A real fairytale. Even though this book is the second book in the series, and I have not read the first one, there was no trouble with any confusion. I felt like the author gave the needed information to understand and enjoy this book as a standalone. I loved Brad and Cam together. There was a strong attraction between them, but there was also a little snarkiness and playful banter between them that made it fun, amongst a very serious storyline. I thought it was outstanding writing that kept me up to 5:30 in the morning to finish it, because there was no putting it down. This is a book that I highly recommend.
Read more
Report abuse

CE Griffin
5.0 out of 5 stars When You Wish Correctly
Reviewed in the United States on 28 March 2020
Verified Purchase
Mankin knocked this one out of the park with a great story that still connects with Black Cat Records’ rock stars without it being a rockstar romance. Camero, the heroine of the story, finds herself in a Cinderella situation, when she finds a Prince Charming of a guy, in a domineering kind of way. These two tiptoe around the situation they are in until they figure out how to overcome both their issues. Hers are much more severe than his but his are equally frustrating.
I loved this story, as with all of Michelle Mankin’s’ books. The characters are believable, the plot is fresh , and the pace is perfect for any reader looking for an HEA.
Read more
One person found this helpful
Report abuse
See all reviews
Back to top
Get to Know Us
Make Money with Us
Let Us Help You
And don't forget:
© 1996-2021, Amazon.com, Inc. or its affiliates