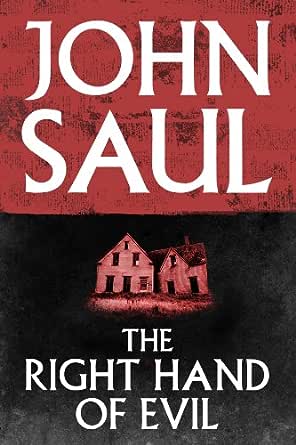 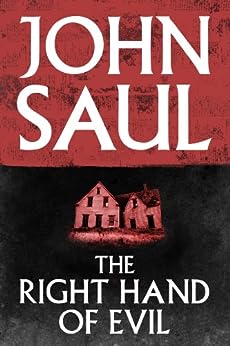 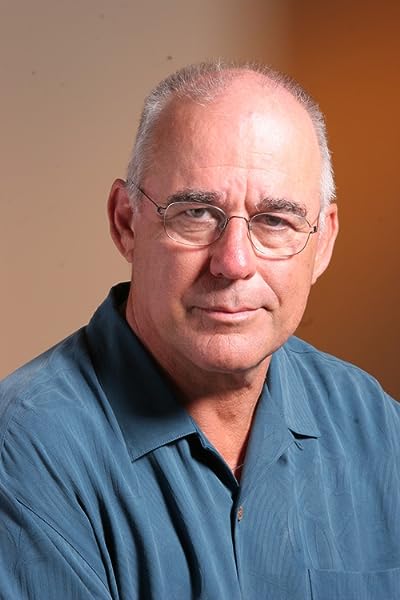 spanning more than twenty years, New York Times bestselling author John Saul has terrified us with his chilling, psychologically charged novels. Now, in The Right Hand of Evil, Saul plumbs the icy depths of darkness--and gives us his most frightening, compelling novel yet. Don't turn out the light. . . .

Just as their troubled marriage is reaching the breaking point, Ted and Janet Conway receive tragic news that unexpectedly gives them a chance to start again. After the lingering death of his estranged aunt, Ted inherits the Conway home in the small Louisiana town of St. Albans, an imposing structure that has been in the family for more than a century. With nothing to hold them in Shreveport, the Conways move with their teenage twins, Jared and Kim, and eighteen-month-old daughter, Molly, to the promise of a new beginning.

But the house has a life of its own.

Abandoned for the last forty years, surrounded by thick trees and a stifling sense of melancholy, the spr --This text refers to an alternate kindle_edition edition.

"[A] WHOPPER OF A NIGHTMARE TALE . . . DAZZLING . . . DIZZYING TWISTS."
--Publishers Weekly "[A] TALE OF EVIL THAT IS BOTH EXTREME AND ENTERTAINING."
--Chicago Tribune "GRIPPING AND FAST-PACED . . . A slick thriller in which deftly drawn characters must face the demons in their own lives to conquer that which claims the family's souls."
--BookPage --This text refers to an alternate kindle_edition edition.

When the Conways move into their ancestral home in Louisiana after the death of an estranged aunt, it is with the promise of a new beginning. But the house has a life of its own. Abandoned for the last forty years, surrounded by thick trees and a stifling sense of melancholy, the sprawling Victorian house seems to swallow up the sunlight. Deep within the cold cellar and etched into the very walls is a long, dark history of the Conway name -- a grim bloodline poisoned by suicide, strange disappearances, voodoo rituals, and rumors of murder. But the family knows nothing of the soul-shattering secrets that snake through generations of their past. They do not know that terror awaits them. For with each generation of the Conways comes a hellish day of reckoning.... --This text refers to an alternate kindle_edition edition.

House of Reckoning is John Saul's thirty-sixth novel. His first novel, Suffer the Children, published in 1977, was an immediate million-copy bestseller. His other bestselling suspense novels include In the Dark of the Night, Perfect Nightmare, Black Creek Crossing, Midnight Voices, The Manhattan Hunt Club, The Right Hand of Evil, Guardian, and Faces of Fear. Saul divides his time between Seattle, Washington, and Hawaii. --This text refers to the audioCD edition.
Read more

kaj
4.0 out of 5 stars Another haunted house.
Reviewed in Australia on 18 September 2018
Verified Purchase
Gripping as with all of Saul's books. Always well written but certainly not his best. Just no surprises and a disappointing climax.
Read more
Helpful
Comment Report abuse
See all reviews

Natalie D
3.0 out of 5 stars Ok
Reviewed in the United Kingdom on 9 March 2019
Verified Purchase
It's not one of Saul's best. But not a bad yarn. Not as gripping or disturbing as Suffer the Children
Read more
Report abuse

Crazey Hazey
3.0 out of 5 stars Good until the end
Reviewed in the United Kingdom on 18 August 2015
Verified Purchase
It was catchy and well written, but I found it quite basic sometimes and I didn't like the ending much.
Read more
Report abuse

pixiestix
5.0 out of 5 stars Five Stars
Reviewed in the United Kingdom on 3 October 2014
Verified Purchase
I had forgotten how good an author John Saul is. I really enjoyed this book.
Read more
Report abuse

Happy Wanderer
5.0 out of 5 stars My Favourite Author
Reviewed in the United Kingdom on 14 March 2013
Verified Purchase
I would def recommend this book to all horror story fans. I really enjoyed it as I have all John Saul's books.
Read more
Report abuse

spookeyluke
5.0 out of 5 stars book
Reviewed in the United Kingdom on 30 November 2014
Verified Purchase
good read
Read more
Report abuse
See all reviews
Get FREE delivery with Amazon Prime
Prime members enjoy FREE Delivery and exclusive access to movies, TV shows, music, Kindle e-books, Twitch Prime, and more.
> Get Started
Back to top
Get to Know Us
Make Money with Us
Let Us Help You
And don't forget:
© 1996-2020, Amazon.com, Inc. or its affiliates