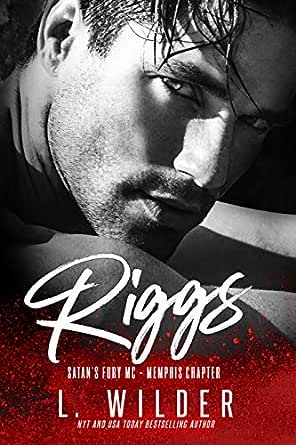 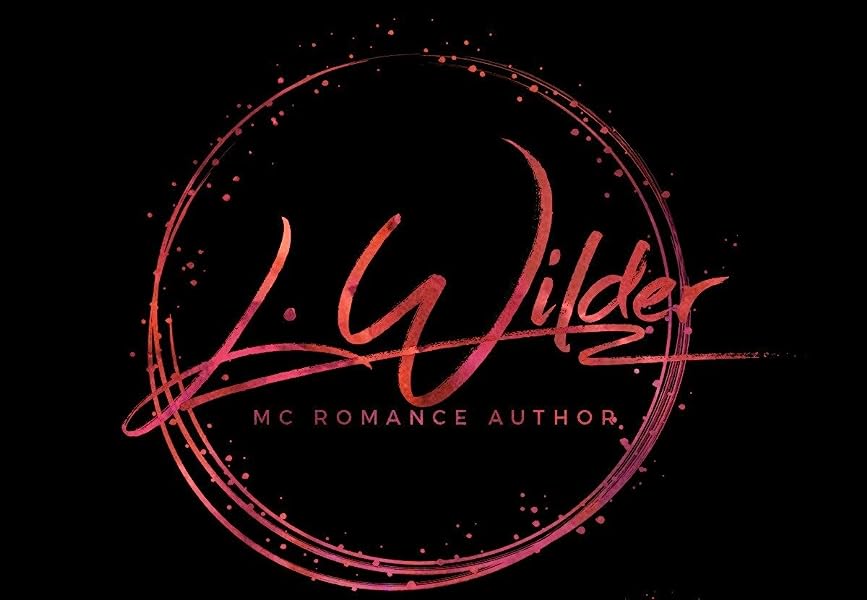 4.7 out of 5 stars
4.7 out of 5
139 global ratings
How are ratings calculated?
To calculate the overall star rating and percentage breakdown by star, we don’t use a simple average. Instead, our system considers things like how recent a review is and if the reviewer bought the item on Amazon. It also analyses reviews to verify trustworthiness.

Maggie
5.0 out of 5 stars What a journey
Reviewed in Australia on 20 November 2018
Verified Purchase
I just love this series and I’m looking forward to Murphy’s story too, L Wilder really knows how to write a great story with romance suspense and action and leaves you guessing to the end! You know it’s a great story when your so involved that you have to put it down because your not sure if your heart will be able to process the next paragraph, the book had me holding my breath and worried about the ending! Highly recommend this book if you love your ‘sweet’ biker stories!
Read more
Helpful
Report abuse

Bec Humeniuk
5.0 out of 5 stars Fantastic
Reviewed in Australia on 6 April 2019
Verified Purchase
L wilder does it again with the Satan's Fury series , I have read every book by the Author and highly recommend that you do the same, her series will captive you from the first chapter, I will now and always be a fan of this Author and can't wait for the next release.
Read more
Helpful
Report abuse

Slamdunkslusciousreads
TOP 500 REVIEWER
5.0 out of 5 stars Oi mama mia
Reviewed in Australia on 18 November 2018
Verified Purchase
This series just gets better and better. It was so good to see a few characters from the other series pop up in this one like cotton for instance. The story line in this book was amazing and i loved it so much i couldn't put it down.
Read more
Helpful
Report abuse

Nean
TOP 500 REVIEWER
5.0 out of 5 stars Awesome read
Reviewed in Australia on 25 November 2018
Riggs couldn’t believe that he saw Reece after so long, but he couldn’t go after her with the danger that the club was having and the club came first.
Going to a meeting at the diner, Reece quickly cancels after seeing Jackson, he shattered her dreams, broke her heart. Reece knew she had to see Jackson again but with the chance to make something about her article on the cartel he would have to wait.
With what going on with the club and Reece’s investigation their paths cross, both realising they need to see the other. Riggs sees the spark that was there with them before and knows he wants his second chance.
Reece should have known that Jackson was hard to resist, but he had to kiss her, but she lets him know she’s not going to let him hurt her again, but Jackson is convincing and wants to prove they were meant to be. He wants everything behind them and everything with him was better than she remembered.
With Reece being in the wrong spot at the wrong time, she learns how the members of Satan’s Fury band to protect what’s theirs, Riggs assures her now that she’s his, he’s never letting her go and will protect her with his life. When everything crashes around them your left not know what really happened till the very end.
Read more
Helpful
Report abuse

Amazon Customer
5.0 out of 5 stars Love love love
Reviewed in Australia on 19 November 2018
Love all the books written by L. Wilder especially this series. Riggs kept me entertained and enthralled from the start. He is such a lovable character even as a badass biker. Love his story. Nearly had a heart attack when it sounded like he did not make it.
Read more
Helpful
Report abuse

Rosie
TOP 100 REVIEWER
5.0 out of 5 stars Satan's Fury, Memphis chapter, Book 3 - Riggs
Reviewed in Australia on 30 September 2020
Verified Purchase
We have met computer expert, Riggs several times in previous books. This is his story.
Two and some years ago, Riggs met Reece at the local bar. From that meeting and the intense spark of attraction they had for each other, they spent an intense time together, until Reece was due to go away for law school. But something happened and the communication was cut. Riggs was frustrated not to be able to contact Reece and the contacts she attempted were clouded with misunderstandings.
Present day and Reece is working as an investigative journalist in Memphis. She has a personal interest in the goings on of the Navarro-led cartel, which could put her and the people she cares about, in peril.
Seeing Jackson unexpectedly again, brings back all of her feelings and longings. But she's also scared, because she has been keeping a big secret from him.
Riggs wants to know why she isn't a lawyer, when that's what took her away in the first place. Where has she been and why didn't she contact him sooner? When he finds out, it's going to mean big life changes for them both.
Navarro isn't about to step away from threats to his organisation and that means real danger for Reece and the club. When it comes, it's deadly.
Read more
Helpful
Report abuse
See all reviews

Ann Shearer
5.0 out of 5 stars Incredable
Reviewed in the United Kingdom on 4 December 2018
Verified Purchase
This book was amazing, The story line was great and it was incredable to get another story of one of the guys from this series, this author really knows how to write all here guys in a sexy and hot way, i would recomend this book and the series to everyone
Read more
Report abuse

sarah
4.0 out of 5 stars Wow
Reviewed in the United Kingdom on 19 March 2019
Verified Purchase
Love this series . Well written, fantastic characters. Good plots easy to follow . I also like the way that they are stand alone's but you can follow all the characters in each book
Read more
Report abuse

Ann Shearer
5.0 out of 5 stars Incredable
Reviewed in the United Kingdom on 10 December 2018
Verified Purchase
What can i say this book is fantastic, its sexy and hot i would recomend this book, the whole series is just incredable from a brilliant author
Read more
Report abuse

Mrs. M. A. Griffiths
5.0 out of 5 stars Good read
Reviewed in the United Kingdom on 9 May 2020
Verified Purchase
Liked his story
Read more
Report abuse

Kindle Customer
5.0 out of 5 stars Best to read other book's
Reviewed in the United Kingdom on 7 December 2018
Verified Purchase
I love this series and haven't been disappointed yet . Must read :)
Read more
Report abuse
See all reviews
Get FREE delivery with Amazon Prime
Prime members enjoy FREE Delivery and exclusive access to movies, TV shows, music, Kindle e-books, Twitch Prime, and more.
> Get Started
Back to top
Get to Know Us
Make Money with Us
Let Us Help You
And don't forget:
© 1996-2020, Amazon.com, Inc. or its affiliates