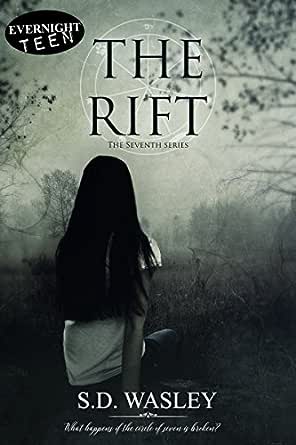 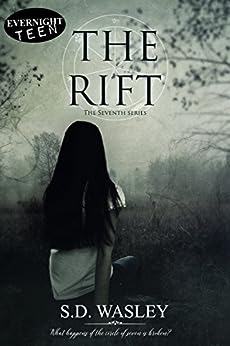 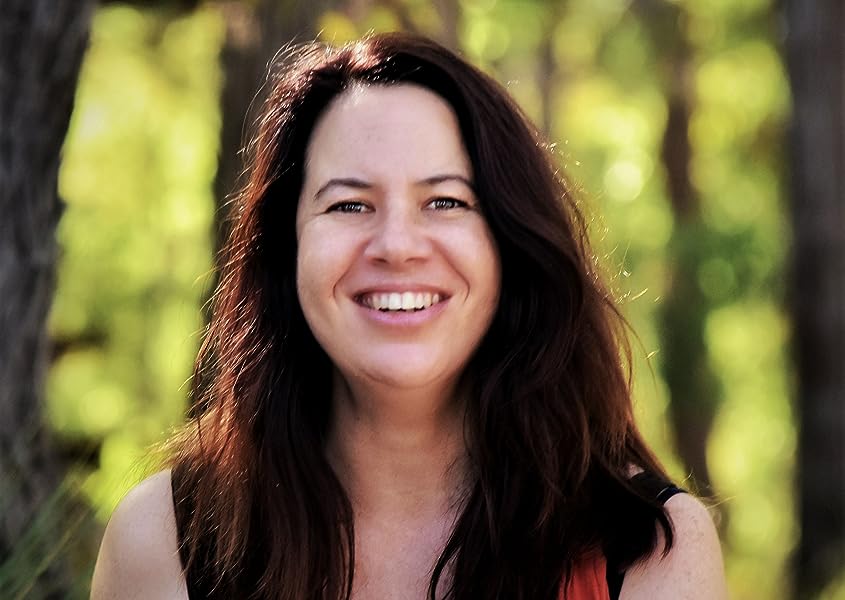 Amazon Customer
5.0 out of 5 stars well written engaging and exciting sequel to The Seventh
Reviewed in Australia on 6 November 2015
Verified Purchase
the sequel to The Seventh takes us back to the gang of seven who all have extraordinary abilities but when they stand together they are at their strongest.
but then one of the Seven is taken from the group. What happens to these friends as they negotiate their broken circle takes us into an intruiging exciting mystery.
well written, imaginative and yet grounded, this tale of fairly normal young adults who have to deal with some extraordinary siuations will keep you turning the pages (or perhaps swiping the tablet)
i cannot wait for book 3 and look forward to more books from SD Wasley

L R Perie - Author Genes Inherent Series
5.0 out of 5 stars Loving this author
Reviewed in Australia on 14 January 2016
Verified Purchase
S D Wasley does not disappoint. This sequel to The Seventh is definitely worth a read. I look forward to reading Downfall next as I see that is a bestseller. Keep them coming please.
Read more
Helpful
Comment Report abuse

Demelza Carlton
TOP 1000 REVIEWER
5.0 out of 5 stars Five stars
Reviewed in Australia on 7 November 2015
The plot thickens...and so do the shadows, in this second book of the The Seventh series. I read this almost entirely in one sitting - despite having a moment of wanting to scream at Mimi and her friends, "NO! Don't do it!" at a particular point in the book, but of course they do and...I shall give you no spoilers ;)

When their gifts start "glitching" it's hard for any of them to function normally at school or at home, and with the absence of Mimi's ghostly companions from the first book in the series, she's largely on her own, except for a boy who has very little to say for himself.

I enjoyed this more than the first book...and I'm intrigued to see where else Ms Wasley will take Mimi and her friends in the next book in the series! Five stars.
Read more
One person found this helpful
Helpful
Comment Report abuse

Elka
5.0 out of 5 stars Fresh and Fun
Reviewed in Australia on 24 November 2015
The Rift is a great, fresh and easy read for teens and young adults interested in the paranormal world.
It is full of interesting, likable and well-distinguished characters with a believable and suspenseful plot.
Big thumbs up x
Read more
Helpful
Comment Report abuse
See all reviews from Australia

Marcus Damanda
5.0 out of 5 stars More Magic and Terror in Book 2!
Reviewed in the United States on 10 November 2015
Verified Purchase
There’s a small child in the corner of the room—the ghost of a child who cannot speak. There’s a dark wind gathering outside, bringing shadows and the threat of an ancient, once-thought-dead secret society. And in a very, very special classroom, a familiar face is missing. At Etherall Valley, school’s about to start again. Hold on.
THE RIFT is more than just a sequel to the magical and often perilous world S.d. Wasley created in her debut novel, THE SEVENTH. It’s an expansion of the dangers and possibilities only hinted at in the previous book, as well as an often-moving exploration of the theme that the sum is greater than its parts. At Etherall Valley, we experience that through the eyes of seven friends who must learn it firsthand, even as they work to unravel the deep mysteries of their enemies—and of their own collective self.
Wasley does such a good job of reintroducing her characters and conflicts that it’s almost unnecessary to read THE SEVENTH before diving into this book, and yet there’s no sense of repetition or recap. Background and forward story momentum weave together seamlessly, welcoming new readers while welcoming back old ones. It is, however, a welcome fraught with unease …
The gifted class at Etherall Valley Prep has seen better days. Mimi’s old ghosts are gone, and her new one isn’t talking. Petty arguments threaten to fracture relationships within the only circle of friends she has ever known. Worse yet, there’s an unseen … interference, which creates a ripple effect that diminishes and corrupts the powers of the others—powers they will most assuredly need, as the threat of the Astorians converges upon them.
All of this happens against an intricately woven tapestry of character development that is the hallmark of Wasley’s writing. Those who populate her stories are as likely to infuriate the reader at some points as they are to make us stand up and cheer for them at others. That’s because, behind the curtain of shadows and magic, S.d. Wasley has an intuitive understanding of the human condition. She gets people right, and she seems to do it naturally and without effort. Nor does she suffer from the protagonist-at-the-center-of-everyone’s-universe syndrome. Secondary and sometimes even minor characters come to the fore and regularly contribute to the story’s action.
Plenty of surprises in Volume 2, as well—but in the interest of keeping them surprises, I’ll say no more.
Suffice it to say, even as the circle of friends we came to love in THE SEVENTH begins to crack, THE RIFT escorts the reader into an adventure of even grander scope and vision. There’s a darkness in there, too—a darkness that simply cannot be broken by any one hero, not even our Mimi. Those who follow her into that darkness may, in the end, emerge better for it—if, that is, they emerge at all.
Read more
3 people found this helpful
Helpful
Sending feedback...
Thank you for your feedback.
Sorry, we failed to record your vote. Please try again
Report abuse

myjunk
5.0 out of 5 stars Book 3?
Reviewed in the United States on 24 September 2018
Verified Purchase
I finished this second book in the series and will be glad when book 3 is finished. I have really enjoyed books 1 & 2, but didn't realize when I started that this was not a finished series. I prefer not having to wait. Impatient? Probably, but I have also started a few series that I'm still waiting on another book and it's been 10 years! I really hope this one doesn't take much longer because I really want to read more about the seven. The author's writing is great, the people are wonderful and I have really enjoyed these books a lot!
Read more
Helpful
Sending feedback...
Thank you for your feedback.
Sorry, we failed to record your vote. Please try again
Report abuse

Janis F
5.0 out of 5 stars Brilliant, Action Packed, Amazing, second book that leaves you desperately wanting Book 3.
Reviewed in the United States on 5 December 2015
Verified Purchase
The Rift starts where The Seventh leaves off. Mimi is finally happy with her life. She has good loyal friends she thought she would never have, she has a boyfriend and she’s enjoying her new school. All is going so well; the kids are developing their gifts but then one of the extraordinary seven is no longer with them. All of their gifts go a little crazy and nobody can figure out why. In order to solve the problem, the kids develop a plan that makes you scream into your book, NO!!! Then the ride starts, the action begins, secrets are discovered and your left breathless and wanting more by the end of the book.

If you enjoy a really well written young adult book filled with a paranormal science fiction feeling, then pick up both The Seventh and The Rift today.
Read more
One person found this helpful
Helpful
Sending feedback...
Thank you for your feedback.
Sorry, we failed to record your vote. Please try again
Report abuse

Idolleo 64
5.0 out of 5 stars Continues where The Seventh leaves off
Reviewed in the United States on 27 September 2018
Verified Purchase
Amazing follow-up to The Seventh. Like how the group's powers are evolving. Some big surprises and revelations...bring on Book 3!
Read more
Helpful
Sending feedback...
Thank you for your feedback.
Sorry, we failed to record your vote. Please try again
Report abuse

RJ Christensen
1.0 out of 5 stars Didn't finish
Reviewed in the United States on 16 December 2016
Verified Purchase
Too high school, too cloak and dagger dramatized about everything. No desire to finish this second book even though I enjoyed the first one.
Read more
Helpful
Sending feedback...
Thank you for your feedback.
Sorry, we failed to record your vote. Please try again
Report abuse
Load more international reviews

Sherry Judge
5.0 out of 5 stars Great book!
Reviewed in the United States on 14 November 2015
Verified Purchase
This was an amazing book! I love how the characters interact with each other and can overcome the obstacles they face with the gifts they are given!!! I can't wait till the next book comes out!!!!
Read more
One person found this helpful
Helpful
Sending feedback...
Thank you for your feedback.
Sorry, we failed to record your vote. Please try again
Report abuse