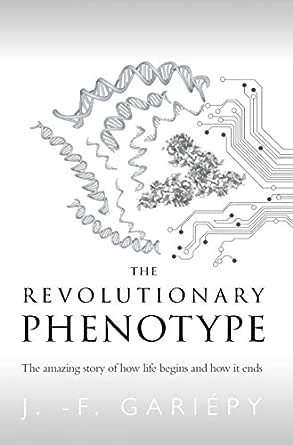 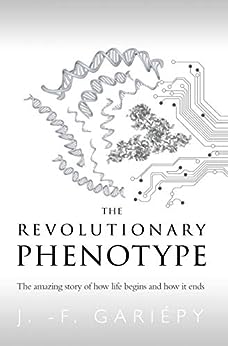 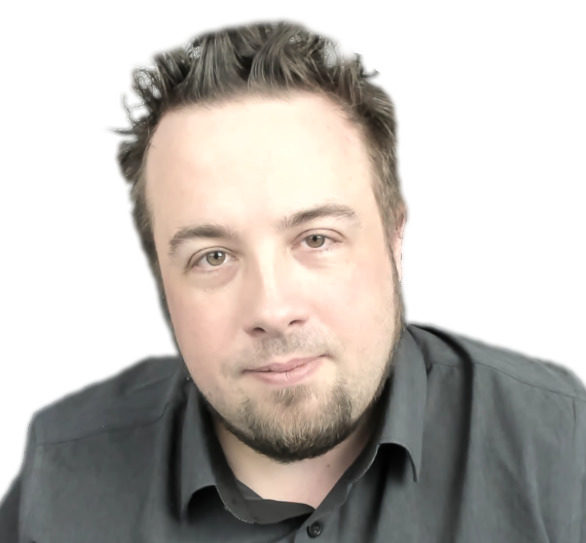 The Revolutionary Phenotype: The amazing story of how life begins and how it ends Kindle Edition

Alex
5.0 out of 5 stars May contain autism
Reviewed in the United Kingdom on 14 December 2018
Verified Purchase
Half way through and had to download it on kindle just to keep reading whilst going to work.
Read more
2 people found this helpful
Helpful
Sending feedback...
Thank you for your feedback.
Sorry, we failed to record your vote. Please try again
Report abuse

Amazon Customer
5.0 out of 5 stars Hot take on the Revolutionary Phenotype question
Reviewed in the United Kingdom on 28 December 2018
Verified Purchase
Very huwell written and thought out.
Read more
3 people found this helpful
Helpful
Sending feedback...
Thank you for your feedback.
Sorry, we failed to record your vote. Please try again
Report abuse

Michael McDonald
4.0 out of 5 stars Tour de force
Reviewed in Canada on 30 August 2019
Verified Purchase
It seems to me what the "revolutionary phenotype" is in part clarifying and formalizing some of Richard Dawkins ideas, and also taking them to the next level. As a laymen who has read Richard Dawkins, I found it to be a facinating theory. Its simplicity and elegance as well as the evidence of what the author calls "the eternal fingerprint" has me fully convinced of its veracity.

The writing style is a bit inconsistent. You shouldn't rely on phrases such as "spoiler alert" in your grand treatise of science. The last chapter is well written, and I take very seriously the warning about the dangers of genetic engineering, and the storing and "printing" of human genes by other entities. Everyone who is enthusiastic about emerging genetic technologies should deffinitely read this, and be afraid.

I give 5 stars for the content, -1 for the presentation.

Amazon Customer
5.0 out of 5 stars Probably genius
Reviewed in Canada on 16 December 2018
Verified Purchase
No less than a comprehensive theory on the emergence of life. Broadens the scope of biology. The book is mostly theoretical, but if these theories are proven true then the content is really a significant addition to evolutionary theory.
Read more
3 people found this helpful
Helpful
Sending feedback...
Thank you for your feedback.
Sorry, we failed to record your vote. Please try again
Report abuse
Load more international reviews

Ervin
5.0 out of 5 stars consise
Reviewed in Canada on 15 December 2018
Verified Purchase
Book is not very long, and the ideas are presented in a very clear and straight forward manner
Read more

RedCanoe
5.0 out of 5 stars Very interesting
Reviewed in Canada on 23 February 2020
Verified Purchase
Easy read and well done by the author.
Read more
One person found this helpful
Helpful
Sending feedback...
Thank you for your feedback.
Sorry, we failed to record your vote. Please try again
Report abuse

IAIN H A MCLAREN
5.0 out of 5 stars A Bold warning
Reviewed in Canada on 12 December 2018
Verified Purchase
This is a poetic and frightening account of what could be humanity’s ultimate fate. I couldn’t put this book down!
Read more
3 people found this helpful
Helpful
Sending feedback...
Thank you for your feedback.
Sorry, we failed to record your vote. Please try again
Report abuse

Chicagoon
5.0 out of 5 stars Amazing book
Reviewed in the United States on 17 January 2019
Verified Purchase
Sometimes a literary work does such a good job illustrating a new concept, that it doesn't really matter whether the concept itself is right or wrong- the thought process in the book is just too interesting to pass up. The philosopher Daniel Dennett would call The Revolutionary Phenotype an "Intuition Pump" - it's a story about what could be. Your job as a thinker is to experiment by twisting the parameters to see what concepts it inspires. This book is a very good intuition pump, whether or not its predictions turn out to be true. It is therefore worth reading, regardless of whether you actually believe it.

The Revolutionary Phenotype is based on the "RNA World" hypothesis. The idea is that RNA was an ancient precursor to DNA, and that somehow DNA evolved to outcompete RNA. Today, RNA exists only in simple life or as as intermediary agent inside our own DNA-based cells. It might even be possible that DNA essentially enslaved RNA to its own purposes, considering its role in our cells today. This enslavement, Gariepy calls a "Phenotypic Revoltion." If you don't think the RNA World hypothesis is a valid one, then this central premise doesn't stand. However, the next idea the book introduces still might.

Could some other organism, or lifeform, or process, replace DNA in a future Phenotypic Revolution? Gariepy argues that any step humanity takes which allows something else to manipulate our genes for us, is a step toward Phenotypic Revolution. Anyone who's seen the movie GATTACA is familiar with half the scenario- humanity gets the power to edit their genes, so we breed a society where everyone has to edit their genes to compete. Given the history of natural selection, this conclusion seems almost inevitable - the most genetically fit would naturally win out. Gariepy adds a second half. It seems that due to the complexity of gene interactions we will have to utilize machine learning to help us pick those genes. Gariepy argues that at some point the machine algorithms will have more control over our genetics than we do. At that point, we will exist only as a manifestation of the machine algorithms. Whether this is a bright future or a terrible one is beside the point - it will be out of our hands.

The Revolutionary Phenotype comes at just the right time to capitalize on several similar lines of thought - all discussed in the book. Richard Dawkins proposed "memes", the notion that certain ideas could exist as replicators separately from DNA and be passed mind-to-mind rather than cell to cell. Susan Blackmore extended that idea to "tremes", or the notion that our technology seems increasingly to be evolving in its own right. It's hard not to look at each year's new model of smartphone and not see a connection to the idea of natural selection. The new phones are thinner, more powerful, seemingly better adapted to their environment. Gariepy however differentiates these from the Phenotypic Revolution - because the evolution of memes or tremes depends completely on our continued existence, and has no feedback on our own genes (or the connection is very indirect). Applying machine learning to our own gene editing, however, could be a new beast. Then the evolution of the algorithms depends intimately on manipulating our genes, and that scares Gariepy.

This brief overview isn't meant to spoil the book. There's a lot more that goes into Gariepy's thought, and there are plenty of references to show that his thinking hasn't been casual or flippant. This is a serious inquiry, and worth considering. Whether or not it turns out to be true, only the future can tell.
Read more
12 people found this helpful
Helpful
Sending feedback...
Thank you for your feedback.
Sorry, we failed to record your vote. Please try again
Report abuse

Susan W.
5.0 out of 5 stars A Biologist's Plea to Consciously Choose Against Gene Editing Before It's Too Late
Reviewed in the United States on 15 January 2019
Verified Purchase
Although I took onboard some of the understandable criticisms from other reviewers around technicalities of writing style and editing choices, I felt that the work was refreshing, engaging, important and truly original enough to ultimately garner my sustained interest. Although I assume I will be long gone before these postulated dire effects of uncontrolled gene editing accrue to anything that would impinge upon my life - or the lives of my children and grandchildren - I nevertheless found myself caring - quite a lot - about the conscious, deliberate choices we must make NOW toward preserving what is, at bottom, uniquely 'human' about us as a species. Just because something CAN be effected, it does not follow that it SHOULD be done. So-called progress for progress' sake should not be an end in itself. Jean- Francois Gariepy's book is a must-read - even for armchair enthusiasts of topics around AI, biology and transhumanism - such as myself - with yet no particular professional connection to the subject.
Read more

RJ
5.0 out of 5 stars Groundbreaking scientific work
Reviewed in the United States on 23 December 2018
Verified Purchase
Jean Francois does not disappoint with this highly accessible well argued warning about the perils of genetic editing. This topic has never been more relevant given the well publicised attempts in china to provide infants with evolutionary advantages over the rest of mankind. Highly recommend to both subject matter experts and curious layman.
Read more
6 people found this helpful
Helpful
Sending feedback...
Thank you for your feedback.
Sorry, we failed to record your vote. Please try again
Report abuse

Adrian Pop
4.0 out of 5 stars A great premise for a speculative documentary
Reviewed in the United States on 6 January 2019
Verified Purchase
The book feels highly condensed and presents its points with only rare examples, leaving you to imagine how life might have looked like before DNA, and how it might look like after it. It also promotes new words and concepts, which sometimes has you flipping back and forth to make sense of what JF is describing.

There is subtle humor here and there, but as a general rule, the content is very dark and foreboding. I cannot weigh on the accuracy of the concept that the phenotypic revolution is an integral part of evolutionary theory, which was also completely ignored until now. However, it feels as unfathomable as macro-evolution itself. So it might be all true as far as I can tell.

While reading, I much enjoyed imagining probable depictions of the RNA world, and then the post DNA world. I think the book might be an excellent base for an animated documentary. I would love to see this made in the future.
Read more
3 people found this helpful
Helpful
Sending feedback...
Thank you for your feedback.
Sorry, we failed to record your vote. Please try again
Report abuse