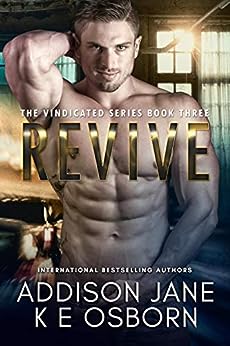 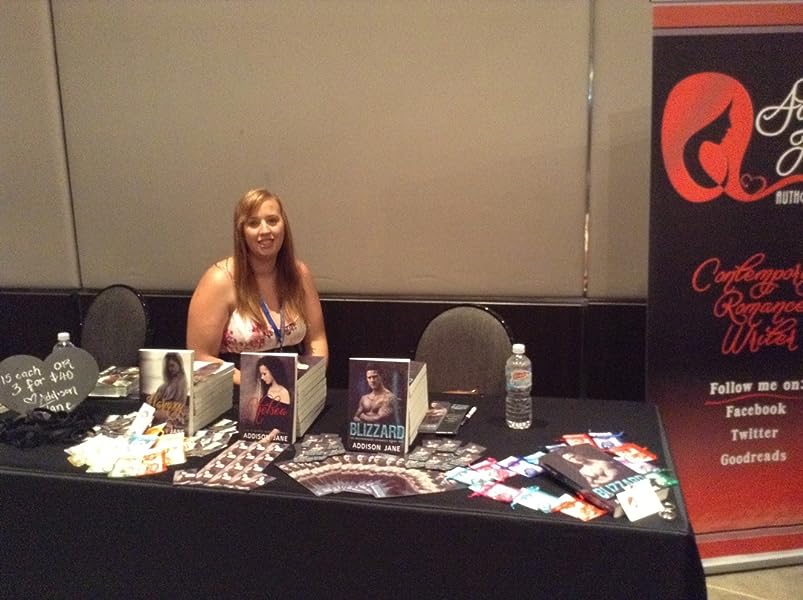 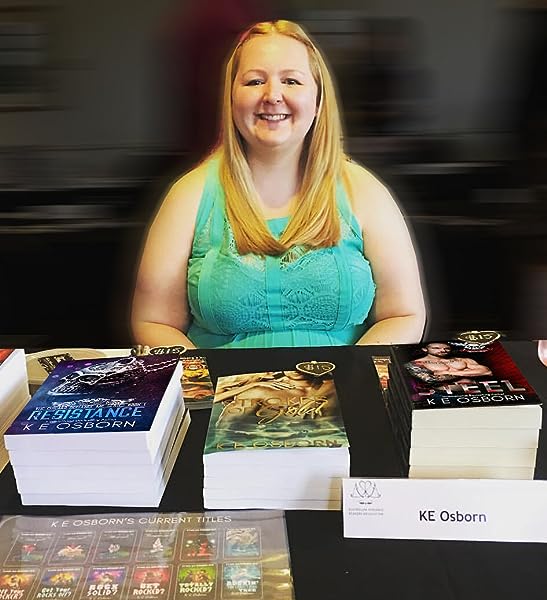 Slamdunkslusciousreads
TOP 500 REVIEWER
5.0 out of 5 stars Amaze balls
Reviewed in Australia on 11 February 2018
Verified Purchase
As usual Addison Jane and K.E Osborne have come together to give us yet another awesome book in the vindicated series.
Drama, action, suspense ,intrigue and holy hotness Alpha men who know what they want and go after it no holds barred. I love the witty come back and banter between these characters. I certainly had a few laugh out loud moments. Each book in this series just gets better and better and I can't wait to see what happens next.
Read more
Helpful
Report abuse

WitHaloNHorns
5.0 out of 5 stars WOW
Reviewed in Australia on 10 February 2018
What an amazing book. I have been waiting for this book to come out for what feels like forever since I finished Book 2. I can't believe how well the story flows on from the other two books, especially as it's been written by two authors in two different countries. I love the S07 team and I can't wait to read more about them.
Read more
Helpful
Report abuse

Kindle Customer
4.0 out of 5 stars Good
Reviewed in Australia on 29 January 2019
I did not enjoy this book as much as the first 2 - Luca annoyed me so much! However me getting annoyed means the writting was good, now I just have to wait for the next book to find out what happens next...
Read more
Helpful
Report abuse

Karen Bury
5.0 out of 5 stars Thrilling
Reviewed in Australia on 29 June 2018
Thrilling, funny and entertaining at the same time. Love this series and can’t wait for the next book. Hope next book comes out soon.
Read more
Helpful
Report abuse

Rhea
5.0 out of 5 stars Great book, the best one so far in this series
Reviewed in Australia on 9 November 2018
Great book and written well. All the characters in the book are great and all fit in well in the book.
Read more
Helpful
Report abuse
See all reviews

MLM 66
5.0 out of 5 stars Riveting..!! 5*+
Reviewed in the United Kingdom on 13 February 2018
Verified Purchase
The Vindicated Series has been consistently brilliant from the very first book. Luca has kept us entertained throughout but he’s also kept us wondering what lies beneath this funny complex man.
Luca and Everly form a relationship of sorts after being paired up for training, of course Luca works his magic on Everly but dispite his cheeky banter she sees through him... she gets him to open up.
Luca receives news that his mother who was never really a mother to him has passed away he then finds out she had another family which is a sore point for Luca.
When he goes to meet his stepfather Dean, his younger brother Carter and sister Zoe he has know idea what to expect, being greeted with a warm welcome comes as a surprise. It’s all a bit much for Luca and makes a quick exit but you know the potential is there for something great.
When it comes to the SO7 trouble and drama are never far away. You need to hold on for the ride which starts with Luca... he’s on top form with his cheeky banter and humour in the sand buggy... it’s absolutely hilarious but smiles are soon wiped off faces as things turn serious.
It’s about to become explosive in more ways than one, it’s all happening and all you can do is hold on for dear life. Kenzie is the main concern but it’s not looking good for anyone.
Unfortunately Luca and Everly’s relationship takes a back seat Luca being injured doesn’t help plus there’s trouble brewing in the form of Brandon, there’s always one and he’s is it, add to that another mission is being planned.
Again you are on the edge of your seat while another battle ensues, Kenzie is still the main priority but wouldn’t you know Brandon seems to be missing... we need answers!
Luca and Everly are where they should be making plans with Luca’s knew family and Kace and Lily definitely are... lovey ending for them.
As for Kenzi. Brandon and now Molly... who knows.. To be continued.!
Can’t wait for Perceived.
Read more
One person found this helpful
Report abuse

Ria - Reading Is Our Satisfaction
5.0 out of 5 stars With Luca and Everly, the Vindicated Series just keeps getting hotter
Reviewed in the United States on 8 February 2018
Verified Purchase
REVIVE is the third book in the VINDICATED SERIES by two extremely talented authors, Addison Jane and KE Osborn. Individually their work is amazing, but when they combine their talents it is smply phenomenal.

Once again we are taken into the secret world of The Agency and a group of fighters known as SO7. it has become their mission to "rescue" Kenzi, Alex's life long friend, from the hands of the Sinclair Syndicate. But not everything goes as planned. Not everything is as it appears to be. Woven within this mission is also the story of Luca Devereaux and Everly.

Luca is a man broken by his past, but who has redefined himself as a "superhero", willing to lay his life on the line for those who have become family to him. He hides the pain and hurt of his past through his general cockiness and humour, until her meets Everly, the woman who will change everything. She is a strong, fiesty, intelligent woman who won't stand for Luca's cockiness .... until she sees the man who lies beneath it all.

This was a wonderful addition to an aready addictive series. Drama, action, betrayal and forgiveness, all found within its pages. Definitely a book and series that I would recommend reading. I can't wait until the next one is out.

KateEl59
5.0 out of 5 stars Great read
Reviewed in the United States on 23 February 2018
Verified Purchase
After finishing Deceit and Liberate (the first two books in the Vindicated series which you don’t have to read Revive, it will makes things flow a bit better) I was eagerly waiting on this book to where Luca was going to lead us.

There’s a lot to Luca’s character at first glance he’s very cocky with a sense of humour that not everyone appreciates but underneath there is a man craving the love of a woman who sees he for what he really is. Enter Everly, who cut’s him down at the knees when she first meets him from which their relationship develops. It’s not a normal hearts and flowers relationship they snipe at each other, argue, joke and love at times I laughed out loud.

As with the other books in the series there was a back story of mystery, suspense and heaps of action. I am looking forward to more books in this series – well done ladies, you’ve nailed it.
Read more
Report abuse

Rhonda
5.0 out of 5 stars 5 HOT LUCA STARS!!
Reviewed in the United States on 8 February 2018
Verified Purchase
5 HOT SEXY LUCA STARS!! Holy smokes, these two author are the perfect pair for this phenomenal fast paced story. This story will hit all your emotion buttons, heat your kindle up and full of suspense. Luca and Everly were perfect for each other and fun to watch. I am loving this series and I k ow you will to. I voluntarily reviewed an advance reader copy of this book.
Read more
Report abuse