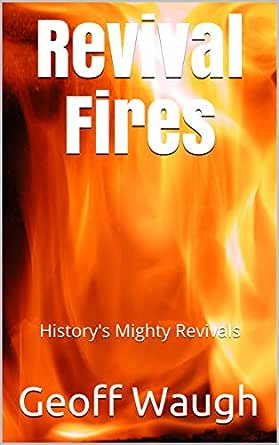 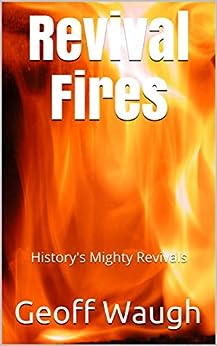 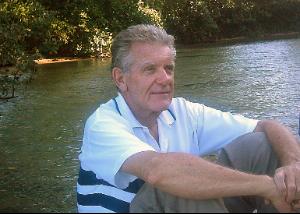 An expanded, updated version of FLASHPOINTS OF REVIVAL, with footnotes and revised final chapter on revivals in the 21st century. Using eyewitness accounts, Geoff Waugh takes you inside the hearts and minds of people in revivals spanning the last three centuries. Beginning with the Moravians in 1727, this book gives first person reports of revivals in Europe, America, Canada, Africa, India, Korea, Chile and more, including recent revivals in the 21st century..
Foreword by Dr C Peter Wagner
Geoff Waugh and I agree that our generation is likely to be an eye witness to the greatest outpouring of the Holy Spirit that history has ever known. Many others join us in this expectation, some of them sensing that it will come in the next few years.
Here in America, it seems to me that I have heard more reports of revival-like activity in the past three years than in the previous thirty. This has caused revival to be a more frequent topic of Christian conversation than I have ever seen. There is an extraordinary hunger for learning more about how the hand of God works in revival.
That is a major reason why Flashpoints of Revival is such a timely book. Christian libraries are well stocked with detailed accounts of certain revivals as well as scholarly analytical histories of revival. But I know of no other book like this one that provides rapid-fire, easy-to-read, factual literary snapshots of virtually every well-known revival since Pentecost.
As I read this book, I was thrilled to see how God has been so mightily at work in so many different times and places. I felt like I had grasped the overall picture of revival for the first time, and I was moved to pray that God, indeed, would allow me not to be just an observer, but rather a literal participant in the worldwide outpouring that will soon come. As you read the book, I am sure you will be saying the same thing.
click to open popover

Fundacion Efrain
4.0 out of 5 stars Modern Day Eusebius
2 April 2014 - Published on Amazon.com
Verified Purchase
Like Luke, Geoff Waugh bears witness to this generation of the works of the Holy Spirit through the Body of Christ after the close of the Book of Acts. As the children of Israel were instructed to diligently teach their sons who asked, "What mean the testimonies?," he declares what God has faithfully performed on behalf of His people. With all the unbelieving voices around us, Waugh's reminder of God's unending power and intervention will give you hope.
Read more
One person found this helpful

Brian Hermes
5.0 out of 5 stars Revival Fires are needed today
5 November 2015 - Published on Amazon.com
Verified Purchase
I gained much from the history of the revivals that is presented. The stories that I experienced increase my desire to see God move today and in my city. I desire to see Fire fall from Heaven and bring healing to America.
Read more
One person found this helpful

Amazon Customer
5.0 out of 5 stars A must read
12 August 2013 - Published on Amazon.com
Verified Purchase
Revival Fires is a must read for all of us seeking revival
Learn what was done and what not to do, may this next revival LAST

Read more
2 people found this helpful
Go to Amazon.com to see all 6 reviews 4.2 out of 5 stars
Get FREE delivery with Amazon Prime
Prime members enjoy FREE Delivery and exclusive access to movies, TV shows, music, Kindle e-books, Twitch Prime, and more.
> Get Started
Back to top
Get to Know Us
Make Money with Us
Let Us Help You
And don't forget:
© 1996-2020, Amazon.com, Inc. or its affiliates