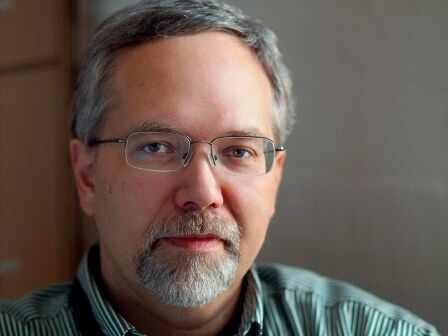 by Michael S Heiser (Author)
4.8 out of 5 stars 1,170 ratings
See all formats and editions
Sorry, there was a problem loading this page. Try again.
Great on Kindle
Great Experience. Great Value.

View the Kindle edition of this book
Get the free Kindle app:

Enjoy a great reading experience when you buy the Kindle edition of this book. Learn more about Great on Kindle, available in select categories.
View Kindle Edition

Reversing Hermon is a groundbreaking work. It unveils what most in the modern Church have never heard regarding how the story of the sin of the Watchers in 1 Enoch 6-16 helped frame the mission of Jesus, the messiah. Jews of the first century expected the messiah to reverse the impact of the Watchers transgression. For Jews of Jesus day, the Watchers were part of the explanation for why the world was so profoundly depraved. The messiah would not just revoke the claim of Satan on human souls and estrangement from God, solving the predicament of the Fall. He would also not only bring the nations back into relationship with the true God by defeating the principalities and powers that governed them. Jews also believed that the messiah would rescue humanity from self-destruction, the catalyst for which was the sin of the Watchers and the influence of what they had taught humankind. The role of Enochs retelling of Genesis 6:1-4 in how New Testament writers wrote of Jesus and the cross has been largely lost to a modern audience. Reversing Hermon rectifies that situation. Topics include: understanding Genesis 6:1-4 and the Sin of the Watchers in Their Original Context; how the ancient Mesopotamian story of the apkallu aligns with Gen 6:1-4, was preserved in 1 Enoch, and sets the stage for the theme of reversing the evil of the Watchers; how the theme of reversing the transgression of the Watchers colors the gospel accounts of the birth of Jesus, his genealogy, and his ministry; how the writings of Peter and Paul allude to the sin of the Watchers and present Jesus as overturning the disastrous effects of their sins against humanity; and how the descriptions of the antichrist, the end-times Day of the Lord, and the final judgment connect to Genesis 6 and the nephilim. Though every topic
Read more
Previous page
Next page

Page 1 of 1 Start overPage 1 of 1
Previous page
Next page
Start reading Reversing Hermon on your Kindle in under a minute.

Michael S. Heiser is a scholar in the fields of biblical studies and the ancient Near East. Dr. Heiser earned his Ph.D. in Hebrew Bible and Semitic Languages at the University of Wisconsin-Madison in 2004. He also earned an M.A. in the same field at Wisconsin, along with an M.A. in Ancient History from the University of Pennsylvania (major fields: Ancient Israel and Egyptology).

Dr. Heiser is currently the Executive Director and Professor at the Awakening School of Theology and Ministry with Celebration Church in Jacksonville, FL. Before accepting his current position, Mike taught on the college and seminary level for over 20 years and was Scholar-in-Residence for Logos Bible Software for 15 years.

Dr. Heiser is the author of several best-selling books: The Unseen Realm: Recovering the Supernatural Worldview of the Bible; its shorter companion work, Supernatural: What the Bible Teaches about the Unseen World and Why it Matters; Angels: What the Bible Really Teaches About God’s Heavenly Host; and Reversing Hermon: Enoch, the Watchers, and the Forgotten Mission of Jesus Christ. He has also written over 100 articles for Bible Study Magazine and has several peer-reviewed articles in academic journals.

Dr. Heiser is known for intentionally exposing non-specialists interested in biblical studies, theology, and ancient texts to peer-reviewed material in all these areas. To that end he hosts the popular Naked Bible Podcast, which passed five million downloads in 2019. His non-profit corporation, MIQLAT, provides free translations of his biblical studies content in over twenty languages.

Lastly, Dr. Heiser is well known for his interest in the paranormal and alternative history. He has been a guest on dozens of talk shows and podcasts that focus on the fringe. Through his fiction (The Facade, The Portent), his Peeranormal podcast, and his YouTube Channel, Fringepop321, he tries to promote critical thinking in regard to this subject matter.

4.8 out of 5 stars
4.8 out of 5
1,170 global ratings
How are ratings calculated?
To calculate the overall star rating and percentage breakdown by star, we don’t use a simple average. Instead, our system considers things like how recent a review is and if the reviewer bought the item on Amazon. It also analyses reviews to verify trustworthiness.

Leighton Medley
4.0 out of 5 stars A Revelatory view on the Mission of Jesus
Reviewed in the United Kingdom on 15 August 2020
Verified Purchase
I fully get why many people will struggle to understand the content of this book, it goes deeper into the nuances of the ANE Worldview than many books of its kind. That said, I think the book is worth the struggle, because Heiser really does show in a remarkable way, that Jesus did not just come to pay for our sin, but also, to serve notice on those fallen Watchers, who came in Genesis 6:1-4 to ruin God's creation. There are different interpretations of that text; many say like Macarthur, that the Sons of God described, are really just ordinary men inhabited by the spirits of fallen angels, who then partner with women and create the Nephilim. But, if that were the case then how do you explain them being Giants.
I believe though, like Heiser, we need to take Genesis 6:1-4 at face value, the bible does not say that Angels cannot procreate, it just says in Matthew 22, that they should not marry, in a sense as part of the divine mandate, they were not allowed. Divine flesh, was not allowed to mix with human flesh, it was considered an abomination in God's eyes, hence the coming flood and the destruction of the earth. The Divine Council Worldview is new to most people, largely due to tradition being mostly taught in churches, rather than Scriptural truth. But if one reads Psalm 82, and Brian Godawa has done a good study on this, we see that there was indeed a Divine Council of gods, (Elohim plural), with one God, Yahweh (Elohim Singular) as the ruling God. Divine participation also is well described with Scriptural justification, not just in Psalm 82, but also in 1 Kings 22:19:23, where we have a council of divine beings leading to one putting a lying Spirit into the false prophets of Ahab.
This is not something as students of the bible, we can simply ignore. But what I really believe is revelatory about Heiser's work here; is his use of cosmic and land geography to illustrate his point of Jesus' underlying mission. In particular, the transfiguration on Mount Hermon, near Caesarea Philippi, which ironically is located in Bashan, meaning the place of the Serpent. This is where the Fallen Watchers came and took their oath to copulate with Human women, as written in the book of Enoch, which although not canonical or inspired, it was quoted in the letters of Peter and Jude. In fact quite extensively in Jude, which does indeed show how second temple Jews, viewed the coming of the Messiah and the mission he came to accomplish. When viewed in this context, we not only have a Saviour who came to pay for our sin, we have a conquering Saviour, who conquered all the evil powers and spirits, taking them captive through the streets, showing his glory, not just to the material realm, but the spiritual realm also.
One word of warning however, Heiser is an Arminian, which I believe subverts his theology. Listening to his lectures on the Supernatural at a recent seminar he did, which are very good overall, but in the second lecture where he tried to use 1 Samuel 23 as a case for free will, I felt this was deeply flawed, as David was God's chosen King, therefore it made sense for God warn to him, so he would be protected for the role God had chosen for him, this was not David's choice as Heiser tried to point out. This is actually spurious reasoning and ironically undermines his position, which indeed, does contain much sound biblical truth. So, if you have not read this book, please do, you will learn much, and stick with it, there is much depth and much to learn, just keep in mind Heiser's free will perspective, if you yourself do not follow that view.
Read more
13 people found this helpful
Report abuse

Lee
5.0 out of 5 stars Huge help to my understanding
Reviewed in the United Kingdom on 24 October 2019
Verified Purchase
Heiser never fails to deliver. His research is awesome. If you want to understand a lot of those problematic areas in the Bible then I recommend reading this man's work. It makes perfect sense and has helped me enormously.
Read more
7 people found this helpful
Report abuse

Rev47
2.0 out of 5 stars Not worth it
Reviewed in the United Kingdom on 11 August 2018
Verified Purchase
There is only one point of view- his! I got bored with being told how he alone knew what was right. It is for him to outline the facts so I can make some decision.
Read more
8 people found this helpful
Report abuse

Gideon
3.0 out of 5 stars Ok
Reviewed in the United Kingdom on 30 August 2019
Verified Purchase
Not as good as his Unseen Realm book. Struggled to finish this one.
Read more
2 people found this helpful
Report abuse

scooverdiver
5.0 out of 5 stars A book to help you wrestle with the Book and its culture it was written
Reviewed in the United Kingdom on 23 April 2017
Verified Purchase
Truly excellent. You must read this and his other book, unseen realm. It's filled the gaps in many of my understanding of scripture. And I've had seven years of Bible studies at the uni level!
Read more
13 people found this helpful
Report abuse
See all reviews