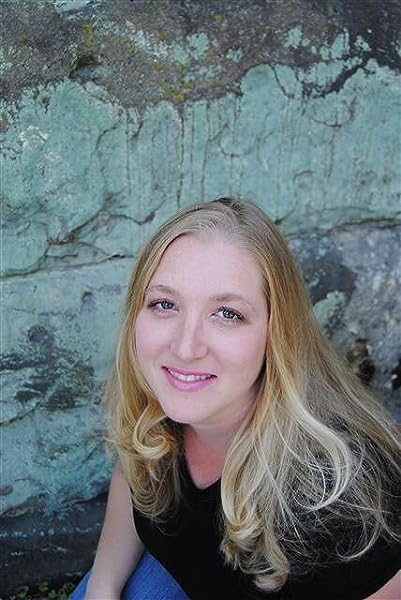 by Eliza Knight (Author)
4.3 out of 5 stars 34 ratings
See all formats and editions
Sorry, there was a problem loading this page. Try again.

Highland war heroes rebuilding their lives grapple with ladies forging their own paths—who will win?

Regency Scotland comes alive in the vibrant and sexy new SCOTS OF HONOR series by USA Today bestselling author Eliza Knight. Scottish military heroes, who want nothing more than to lay low after the ravages of war in 19th century France, find their Highland homecomings vastly contradict their simple desires. Especially when they meet the feisty lasses who are tenacious enough to take them on, and show them just what they’ve been missing out of life. In battle they can’t be beaten, but in love, they all find the ultimate surrender.


Scarred by the brutal ravages of war, Lorne Gordon, Duke of Sutherland and Colonel in the Royal Regiment of Scotland, returns to the Highlands to discover that his clan thought him long dead. His greedy half-brother has assumed his title, sold his family seat and disappeared with the fortune. Once he engineers the return of his title, he must convince the new estate owner to reverse the wholly legal sale with the promise that his half-brother, and the funds, will be found. However, that goal seems impossible when Lorne discovers the buyer is none other than his ex-betrothed’s sister.

After several humiliating attempts at securing a husband, Jaime Andrewson gives up on marriage and throws herself into her father’s business. She burns with vengeance towards the entire Sutherland family after their chieftain caused her sister’s fall from grace. Although she’d thought the man who betrayed her sister was dead, acquiring his property had been her main goal since taking over her father’s company. But with Lorne Gordon alive, vengeance is all the sweeter, for she desires only to watch him suffer.

Despite Lorne’s fury, he has to find a way to convince her to return what is rightfully his—even if he has to go so far as to marry her. Though out of practice with the arts of flirtation, there is one thing he does not lack—determination. With his pockets empty and a snarl on his lips, Lorne is determined to win her trust and her hand. When unexpected family secrets on both sides are exposed, Lorne realizes that wooing Jaime will be a bigger challenge than any of the other battles he’s ever fought, but it is one he refuses to lose.

Page 1 of 1 Start overPage 1 of 1
Previous page
Next page
Start reading Return of the Scot (Scots of Honor Book 1) on your Kindle in under a minute.

Eliza Knight is a USA Today bestselling author of many historical adventures. Escape into history for courageous heroines, irresistible heroes and daring escapades. Join Eliza (sometimes as E.) on riveting journeys that cross landscapes around the world. While not reading, writing or researching for her latest book, she chases after her three children. In her spare time (if there is such a thing…) she likes daydreaming, wine-tasting, traveling, hiking, staring at the stars, watching movies, shopping and visiting with family and friends. She lives atop a small mountain with her own knight in shining armor, three princesses and two very naughty puppies. If you like historical fiction, look for THE MAYFAIR BOOKSHOP coming out in April 2022. Visit Eliza at www.elizaknight.com or www.historyundressed.com. Sign up for her newsletter to receive for first looks at book covers, excerpts, news and more! http://eepurl.com/CSFFD

Anne Sullivan
5.0 out of 5 stars Fantastic As always
Reviewed in Australia on 25 August 2021
Verified Purchase
Thank you for bring us another strong women, with a sense of some humor and intelligence. A pleasure to read.
Read more
Helpful
Report abuse

JvdB
4.0 out of 5 stars quite good
Reviewed in Australia on 29 October 2021
Verified Purchase
I enjoyed the book, it had a strong beginning and a good end. It was very straight forward with a bit of a twist.
Read more
Helpful
Report abuse
See all reviews

Tan
5.0 out of 5 stars Good book
Reviewed in the United Kingdom on 22 September 2021
Verified Purchase
Got this book for my granny she love it
Read more
Report abuse

Orthopédagogue
5.0 out of 5 stars How lovely to return back to the Sutherlands!
Reviewed in Canada on 3 July 2021
Verified Purchase
Eliza is the one who made me fall deeply in love with Scotland. I simply adore the Sutherlands. We are back in the family, several hundred years later. Lorne has come back from the dead to find his whole world has been stolen from him in a most unpleasant way. He will meet Jaime, who now owns some of it, and who nurtures a deep hatred for him because of something that happened a decade ago.

Lorne is like his predecessor: stalwart, honor bound, ans a gentleman through and through. He reminds me of his great-great-great… grand-father Magnus, who was a force of nature with a passionate tender heart. I really enjoyed to get to know Lorne and follow him while he’s working hard to get back what is rightfully his.

As every Surherland’s prospective bride, Jaime is independent, strong willed and stubborn as can be. She has been manipulated and lied to by her own sister, protecting and spoiling her while being the laughingstock of it all. Being under her sister’s scheming, she harbors a deep hatred for Lorne, holding him responsible for the demise of her sister and, ultimately, of her family. She’s in for a big, unpleasant surprise. But love and truth always manage to find their way, and Lorne’s story with Jaime is a definitely bumpy one! I wish the retaliation against the bad guys was harsher: they got away much too easily to my taste. The sidekicks are adorable and very entertaining: they really do add to the pleasantness of the whole tale!

Lorraine Lavallee
5.0 out of 5 stars A Readers Gift
Reviewed in Canada on 13 July 2021
Verified Purchase
An enticing book with revenge and family sparked a respect for a new plot! This story held me captive to the very end.
Read more
Report abuse

Lori Dykes
5.0 out of 5 stars The Best!
Reviewed in the United States on 2 July 2021
Verified Purchase
Scottish Highlands 1816

He was finally coming home, after having been kept a prisoner in the Peninsular War and suffered mentally and physically. He thought never to see home again, but when he made it, nothing was as he had left it. Having gotten the word he was dead, his half brother had sold it outright to....

What he found was a lass had bought his castle and upon confronting her, it seemed her reason was revenge. Against something he had been accused of, but had not done,

She had thought him dead, but even in his death, she had gotten her revenge for what he had done to her sister. What she did not expect was he determination to get his property back nor his dominating presence.

As usual Eliza Knight creates a story that holds all of the elements to create an outstanding story! The wounded hero, wrongly accused, the strong, yet vulnerable heroine trying to protect her family and in the end her heart. Such an amazing start to a new series!!
Read more
One person found this helpful
Report abuse
See all reviews
Back to top
Get to Know Us
Make Money with Us
Let Us Help You
And don't forget:
© 1996-2021, Amazon.com, Inc. or its affiliates