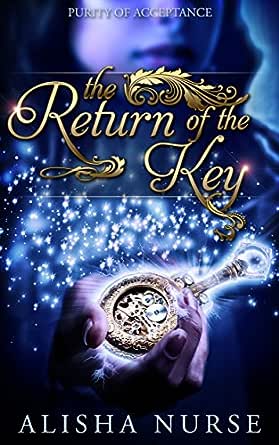 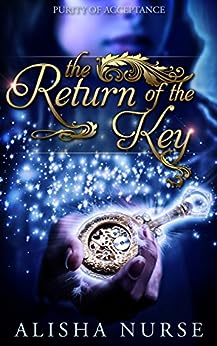 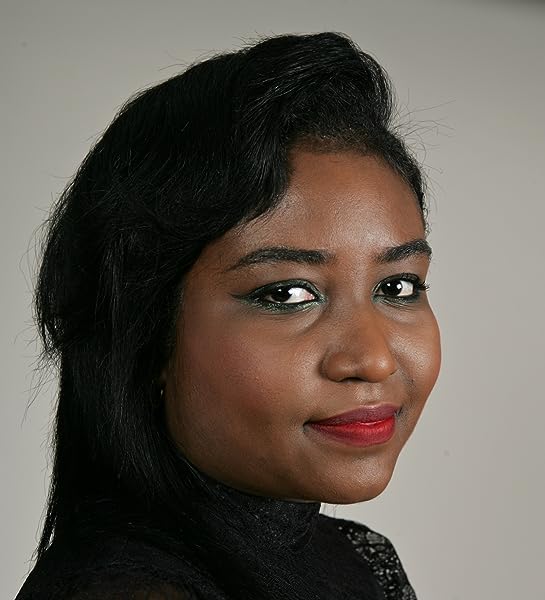 The Return of the Key Kindle Edition

NLS
5.0 out of 5 stars Absolutely amazing piece of fantasy literature
Reviewed in the United Kingdom on 11 January 2015
Verified Purchase
Alisha, this book needs to get noticed in the book stores of the United States and in the UK. Absolutely amazing piece of fantasy literature. The fantasy characters are the pinnacle of this book. They truly take you into an adventure world. I could not stop reading. As I read, I imagined this on screen play, so I hope someone from the film industry hears about your book to get into it please!! Your book is a great idea for the movie industry. Well done and I can't wait for the next.
Read more
Helpful
Sending feedback...
Thank you for your feedback.
Sorry, we failed to record your vote. Please try again
Report abuse

JP Wilder
4.0 out of 5 stars This story is sure to tear at your heart strings.
Reviewed in the United States on 2 March 2015
Verified Purchase
Most of us cannot imagine living in a world where there is no acceptance, where you and looked upon with disdain by everyone. I knew a woman who grew up in Korea, the daughter of an American GI and a Korean woman, and she spoke to me of how she was universally ostracized for her mixed race. I’ve known of friends that grew up in Vietnam that suffered similarly after the war – not allowed to be part of the world in which they must survive.

The mental and emotional toll that these children shoulder is weighty and terrible and it is one that is often discussed, but not often understood at its core. It is lost in discussions of racism and finger pointing among the groups, because these children belong nowhere, to no one. Who can know the cost to a child of non-acceptance—especially when it is based in something so fundamental and unchangeable?

This book spins a story for you that disguises this deep, important discussion in a fantastic story of self-reliance and self-acceptance, so well that you won’t realize how much you’ve learned until you sit back and think.

You’ll say, “That was a fun adventure story.” And then it will hit you…and you will say, “WOW, that was so much more!” You will cry and hope and wish and consider things that you may not have thought about before.

When you read this book, you will discover a well written story with great characters exploring a dangerous world. And from it, you will take away more than just a good time. You will take a way a deeper understanding of the courage it takes for someone to rise above the prejudices of those around them to become whole and strong people!

If you enjoy young adult novels, and especially if you enjoy novels with meaning, I recommend that you purchase this book and give it a go. You will really enjoy it.

STEPHANIE. HILL
5.0 out of 5 stars I like the way she told the story
Reviewed in the United States on 4 January 2015
Verified Purchase
I to am also from Trinidad and I can identify with some of what the author was talking about as far as the racial discord back in those day. I like the way she told the story, I hope someone can find courage and strenght and fortitude from reading this book. It is a fun book but also full of life lessons. Keep up the good work Alisha Nurse...well done!!!
Read more
One person found this helpful
Helpful
Sending feedback...
Thank you for your feedback.
Sorry, we failed to record your vote. Please try again
Report abuse

melagro
5.0 out of 5 stars if you had liked avatar.
Reviewed in the United States on 2 May 2015
Verified Purchase
Riverting. .exciting..reading late in the night...cant seem to put it down....want to know what will happen next ,..if you had liked avatar..the hobbit.,,then buy yourself this book.,,,i loved it...cant wait for return of the key 2.,,,
Read more
Helpful
Sending feedback...
Thank you for your feedback.
Sorry, we failed to record your vote. Please try again
Report abuse
Load more international reviews

Ayana Turner
5.0 out of 5 stars Can't wait for part 2
Reviewed in the United States on 16 June 2015
Verified Purchase
I loved this book so much. I would recommend it to every reader out there young and old. This book pulls you in and keeps you hooked. The plot is amazing. I can't wait to read part 2.
Read more
Helpful
Sending feedback...
Thank you for your feedback.
Sorry, we failed to record your vote. Please try again
Report abuse