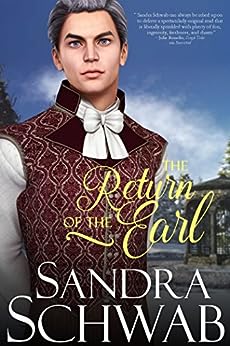 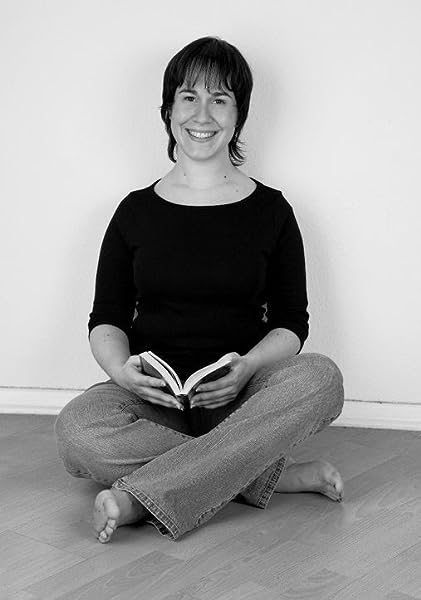 The Return of the Earl Kindle Edition

moon quartz
5.0 out of 5 stars helluva Schwabish read
Reviewed in the United Kingdom on 6 December 2017
Verified Purchase
This novel could easily have been titled Earl Stanbury's unravelling. The returning earl Alan Dormer, Viscount Conway, 7th Earl of Stanbury or Con as he is mostly called throughout the novel was banished from his home, Harrowcot Hall by a callous father with a watchdog who kept him safe and sent regular reports home. Haunted by bitter memories of being despised by his father and betrayed by Bryn who he had cherished Con had not felt it expedient to return to Harrowcot Hall despite his father's demise 7 yrs ago. Notwithstanding a very competent secretary Ross, it was anticipated that he would return to personally attend to the affairs of his estate someday. Hence the visit. He resolved to do his duty and leave as soon as possible. Unfortunately, the weather conspired against him, prolonging his stay at Harrowcot Hall. As His stay becomes interminable, his agitation grows and eventually he starts to unravel. After all, he had never understood his father's irrational contempt for him. On his arrival, he finds everything about Harrowcot Hall downright palpably intimidating. Schwab not only captures the hypocrisy prevalent in the Regency era, the protagonists tensions, the sensitive Earls angst fostered by his naïveté brilliantly, but also blithely exploits them crafting an air of mystery. As she exquisitely knits the emotions and plot into an enthralling tale, one is not only drawn into the yarn but also actively engaged in figuring out the enigmatic earl's woes. Faultlessly edited one is aware that English is not Schwab's native tongue. Rather than detract it only serves to enhance. As also the fact that it is an MM romance on slow burn. One is content to leisurely stroll through each page appreciating every nuance and scene, letting Schwab lure one into the magical world she paints. So get yourself a glass of wine, latte, pot of tea maybe and settle down to one helluva Schwabish read. There is an epilogue to this novel and it does have an HEA. Schwab also provides background material to the novel at the end.
Read more
Report abuse

Pam I Am
4.0 out of 5 stars Lovely, quiet, tender Regency romance
Reviewed in the United States on 15 May 2017
Verified Purchase
Lovely, quiet, tender Regency romance with appealing characters & lots of period detail. Con made a very lovely, grumpy Earl, who really had his frosty hauteur act down, but touchingly, so much the opposite on the inside. And Brynn was just wonderful, all gentle strength and warm smiles, the perfect foil for the highly strung Con.

I did want to shake Con fairly vigorously a few times for being (what felt to me) infuriatingly stubborn & obtuse about a misunderstanding that was the primary conflict in the story, when I felt like the truth should have been obvious - or at least occurred - to him long before that! But considering his upbringing, perhaps it's psychologically sound that he would have reacted that way, so I'll give him the benefit of the doubt ;) And the poor thing more than redeemed himself with the intensity of his remorse when he finally realized what was what.

Annie
4.0 out of 5 stars Sandra Schwab writes the best historical fiction.
Reviewed in the United States on 29 August 2018
Verified Purchase
This book was everything I needed and expected it to be. Sweet, no angst, second chances, redemption, and a masterful historical setting. I very rarely consider myself a fan of historical gay romance, but Sandra Schwab is one of the very few authors who is at risk for changing my mind on that.

Don't skip the author's note at the end. The detail and expertise that went into building this story is amazing.
Read more
Report abuse

Reader 1
4.0 out of 5 stars A fun read
Reviewed in the United States on 2 October 2018
Verified Purchase
I loved the characters and this second chance romance. Well done historical. I hope to see a lot more of these by this author. Only minor complaint is twenty percent back matter is too much.
Read more
Report abuse

Kindle Customer
5.0 out of 5 stars Great story.
Reviewed in the United States on 22 April 2017
Verified Purchase
This a different story then I normally read. Con and Bryn were separated for 13 years. They still have the same feelings for each. Con is very bitter about things that were not true and needs to find peace and that includes Bryn!😊
Read more
Report abuse
See all reviews
Back to top
Get to Know Us
Make Money with Us
Let Us Help You
And don't forget:
© 1996-2021, Amazon.com, Inc. or its affiliates